Alec Baldridge said he did not go to Dominic Jacoby's home on the night of the murder, but his cell phone data shows otherwise. 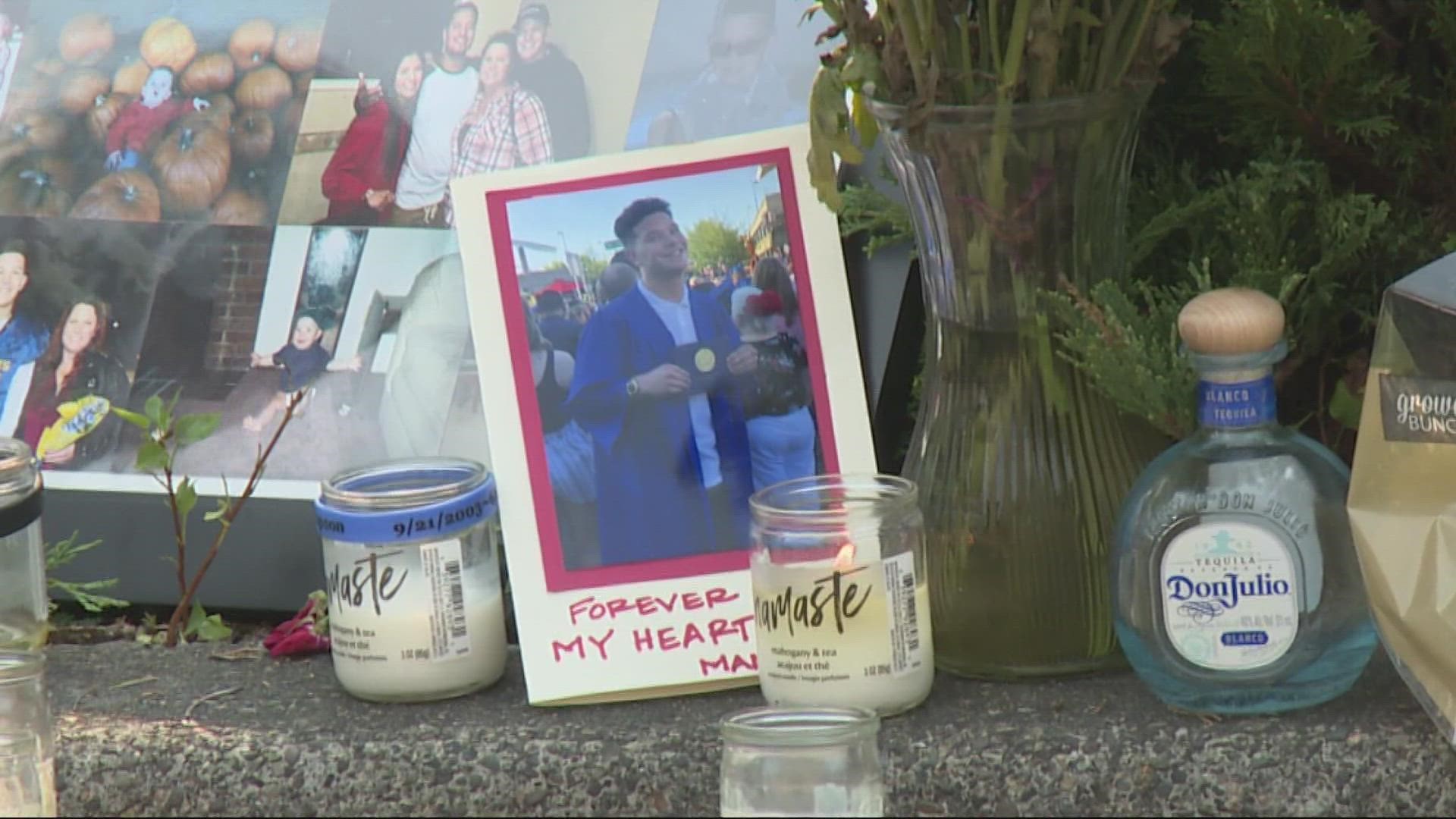 Alec Baldridge, 23, was arrested Monday, Aug. 16, for the murder of 21-year-old Dominic Jacoby. Jacoby was found dead in the street near his home on Friday, Aug. 13.

District Attorney Mike Schmidt announced on Aug. 17 that his office had charged Baldridge with one count of second-degree murder and one count unlawful use of a weapon.

According to the DA’s office, when police responded to the shooting in the early hours of Aug. 13, they found Jacoby suffering from multiple gunshot wounds. Six bullet casings were found near Jacoby’s body. Gresham police obtained surveillance video that showed a dark sedan driving into the area around the time of the crime and then leaving afterward. Footage also showed a person walking alone in the area of the shooting.

Detectives looked at Jacoby’s phone and learned that Baldridge and Jacoby had agreed to meet because Baldridge owed Jacoby a large sum of money. Police said the two were involved in selling marijuana together. Baldridge and Jacoby had been in contact over the phone through text and video calling. The last logged exchange was a call that occurred roughly three minutes before Jacoby’s murder.

Baldridge told police that he had communicated with Jacoby and he did owe him money. However, an affidavit of probable cause detailed that Baldridge denied going to Jacoby's house on the night of the murder.

Police also learned that Baldridge had met with someone at a convenience store some six hours prior to the murder with the intention to buy a gun. The encounter was confirmed by surveillance video.

Jacoby was remembered fondly by those who knew him while he was an athlete at Barlow High.

"He was the kind of kid every coach wanted on their team for his fierce competitive nature," said Barlow principal Bruce Schmidt. "I know this will be felt throughout the community and our best should be sent to his family and friends."

Basketball coach Tom Johnson told KGW that Jacoby was "absolutely a fierce competitor.  As competitive a kid as we've ever had in our program. He loved a challenge."

One of a kind, that’s how I will describe Dominic Jacoby. He was one of my favorites to coach and interact with. May your soul Rest In Peace, and I pray justice is brought to whoever took your life. I’ll miss you deeply, brother ✊ pic.twitter.com/dG1UZTrMIq