Despite the lingering fear in these uncertain times, there was a message shared at Festival Latino: it's important to celebrate our differences and spread love 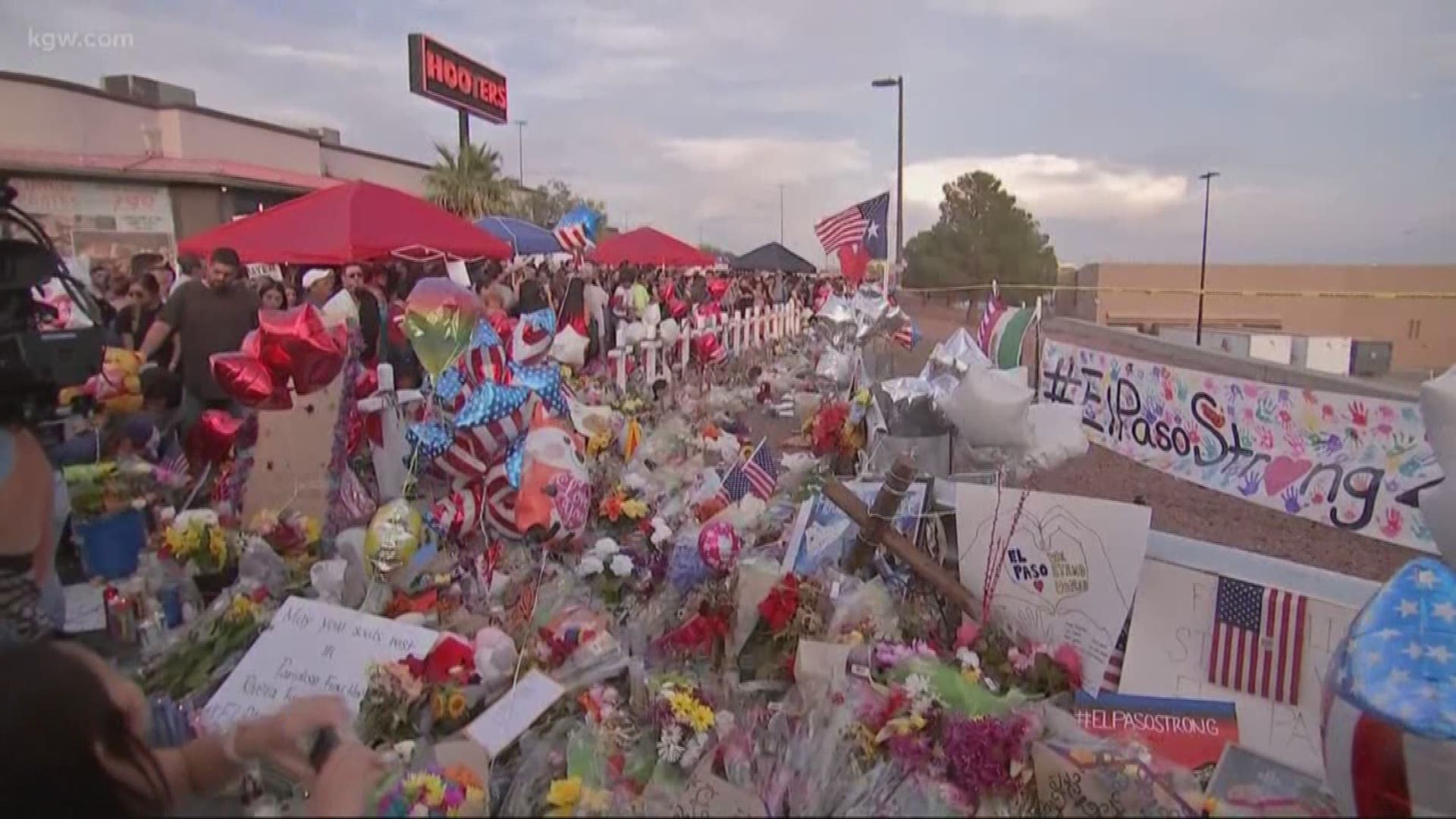 PORTLAND, Ore. — It was a celebration of culture and community Saturday evening at Cully Park in Northeast Portland for the 5th Annual Festival Latino. While the event was focused on family fun, there was a lingering shadow of grief and fear from the mass shooting in El Paso, Texas, exactly one week ago.

“I have had people say that this sounds like a great event, that they really want to come, but they’re scared about what’s happening across this country right now,” said Chariti Montez, supervisor of Portland Parks and Recreation’s Summer Free for All Program.

Unsealed court documents revealed that the accused gunman confessed to targeting people of Mexican descent when police say he killed 22 people in a Walmart.

Latino Network is a partner of Festival Latino. Deputy director of internal operations David Martinez told KGW difficult conversations are happening in homes throughout Portland because of targeted tragedies. It is a reality of the hate in some peoples’ hearts, he said.

“I think it's important to recognize – there is a fear that we carry, but the way to combat that is to come together as a community. This event is one of those ways in, maybe, a small way, but we're highlighting what makes our community so great,” Martinez said.

Heavy rain canceled Festival Latino just before 5:30 p.m. Saturday, but before that families filled Cully Park to see performances, participate in arts and crafts, and enjoy something that brings us all together: food.

In Southeast Portland, that is exactly what Fernanda Lay was doing Saturday, sharing her Brazilian culture through flavor at her food truck Popi’s Pastries.

“I feel, especially being here, we're very supportive of the community, the Hispanic community,” she said.

Lay owns one of the nine food carts at Portland Mercado, a multi-cultural hub that serves diverse Latin American food.

Lay said while she hears rhetoric that is meant to divide people across the country, she doesn’t feel that message of hate here in the city. However, events like the mass shooting in El Paso, have forced her to have difficult conversations with her children.

“I feel like people are accepting of people of other colors and other backgrounds and other heritages and other countries. So, I feel like here is a safe place,” Lay said. “Targeting people because of their color or their country of origin – it makes no sense to me.”

Anthony Banegas owns El Coqui. He serves dishes from Puerto Rico where he grew up. He, too, cannot understand what would cause someone to feel such disdain for another human being they've never met.

“Just to see that hate towards us is very sad because we embrace everybody from all different backgrounds and races,” he said. “And for me, I don’t look at race like that. I don’t consider myself as Hispanic, or Latino, or Caribbean – nothing like that. I am a human and that’s it. On this planet and we should learn a different way to coexist with one another instead of just looking for differences between us.”

Despite the lingering fear in these uncertain times, there was a common message shared with KGW Saturday: it is important to celebrate our differences and spread love.

“In these dark times, and they are dark times and heavy times, our history tells us that we get up. We keep going. And we celebrate,” Martinez said.