10 catalytic converters were stolen from Ride Connection vehicles over the span of a week-and-a-half. 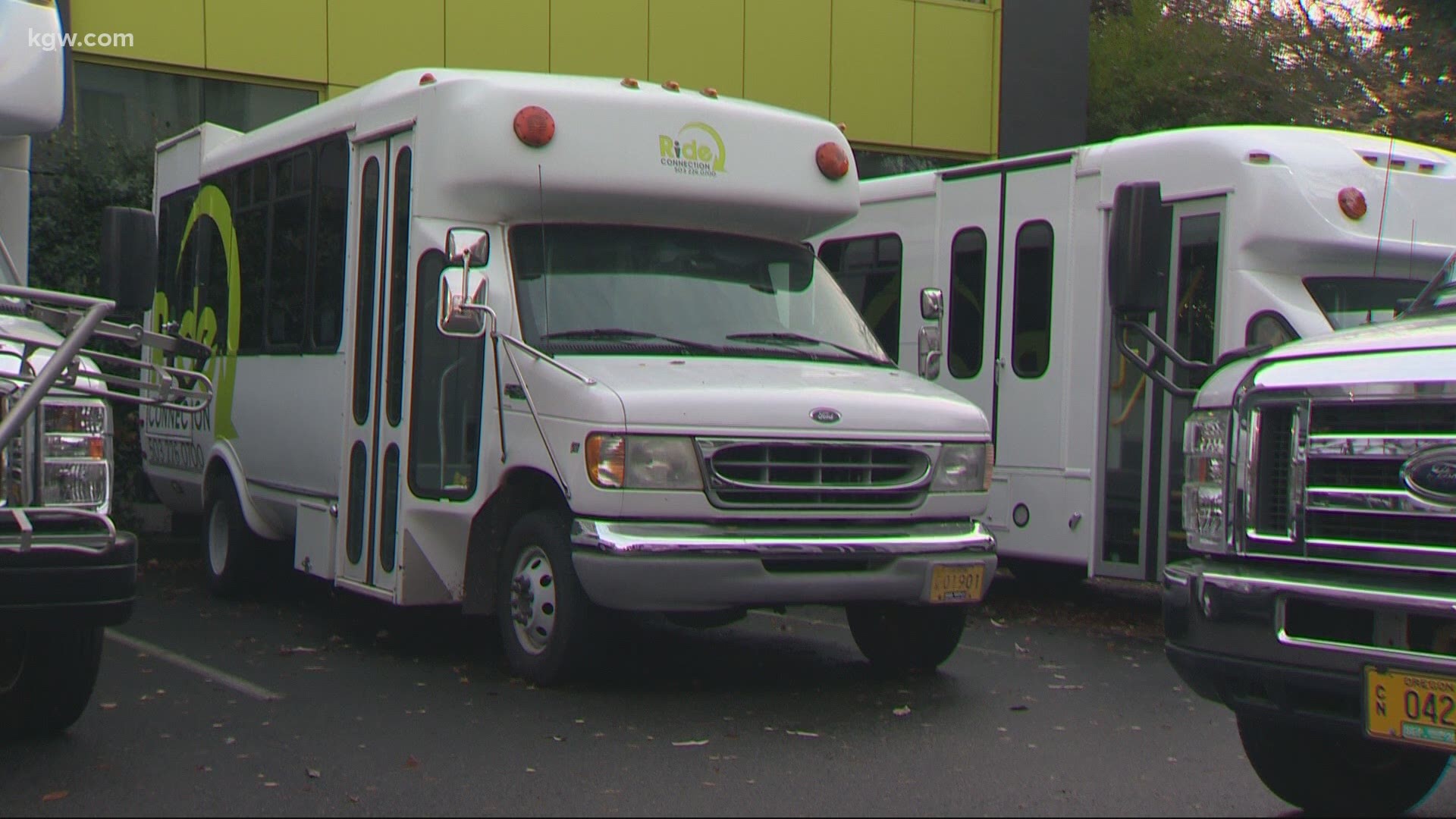 PORTLAND, Ore. — While you may have seen the vehicles on the road, chances are you do not know what Ride Connection is all about. The non-profit provides rides to seniors, people with disabilities and some of the most vulnerable in the community.

"Rides are down but individuals still need to get to central services, medical appointments, as well as we're doing food box delivery to individuals also," said Julie Wilcke Pilmer, CEO of Ride Connection.

Over the course of the last week-and-a-half, catalytic converters were stolen off 10 buses in Ride Connection's fleet. More than half of those were taken in just one night.

"That wasn't vehicles in one location," said Wilcke Pilmer. "That was vehicles parked in Northeast Portland, Gresham and our office on 99th and Glisan."

Credit: Jon Gudgel, KGW staff
Ride Connection has a fleet of vehicles to get people to where they need to go.

"It's concerning," she said. "It shows we're at a point where people are feeling they don't have any other choice and it's so unfortunate and it's so impacting the work we do."

Earlier this year KGW reported on what authorities were calling a dramatic increase in catalytic converter thefts. It was due in large part to what the car parts are made of.

"There are precious metals in catalytic converters," said Wilcke Pilmer.

Palladium goes for hundreds of dollars an ounce.

Wilcke Pilmer says Ride Connection went so far as to put protective cages around their catalytic converters. It has proven to be ineffective. It is on to plan B for the non-profit.

"We're looking for more secure parking and we'll be monitoring our vehicles on a regular basis more closely," she said.

Anyone with information about these stolen catalytic converters is urged to contact investigators.