The owner believes if she could visit the cat at night for a few hours, preferably while the new owners weren't home making noise, she will finally come out. 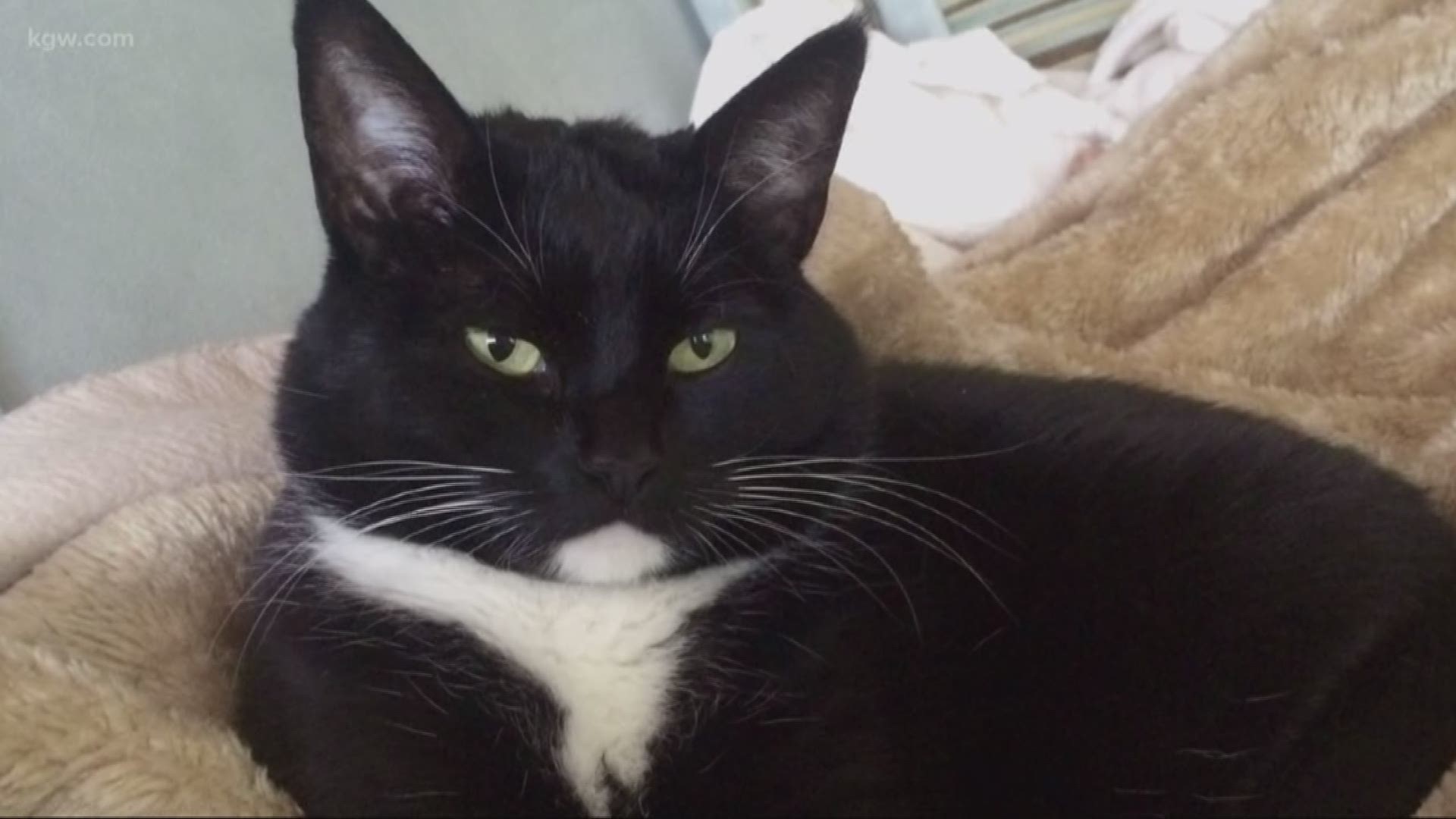 Violet the cat emerged from her hiding place on Thursday and is back with her original owners.

A Portland couple is in conflict over their cat, named “Violet.”

Owners Lisa and Emily Szefel are trying to get Violet back, after they left her at their old house in Hillsboro. Turns out Violet had hid in the crawl space of their old home when the movers came, just over two weeks ago.

“Her favorite hiding spot was the crawl space,” said Emily Szefel. “She's never actually gone in there this deep and not come out.”

A new couple bought the home and lives there now, with Violet. When they discovered cat pee in their home, they realized Violet was hiding in the crawl space and called the Szefels to tell them.

Lisa Szefel said the owners let her go to the house every day for a week to try and retrieve Violet. Lisa brought cat food, water and a litter box, hoping to coax Violet out, but the cat wouldn't budge. The Szefels said part of the problem was timing.

“Violet will only come out at dawn and dusk,” said Emily. “She won’t come out in the afternoon.”

“When I went over, I had to go over at [the new owners’] convenience,” said Lisa. “The only time they would let me go is in the afternoon.”

Lisa said she believes if she could visit the cat at night for a few hours, preferably while the new owners weren't home making noise, Violet would finally come out. The new home owner, who wanted to remain anonymous, told KGW he wasn't comfortable with that.

“This is really becoming bothersome,” said the home owner. “We haven’t been able to settle into our new home because of the cat. I’ve already spent several days of our own time preparing things for rescuing the cat, and we’re trying a new strategy.”

The home owner tells KGW he’s hired a local cat rescuer to assist him in getting the cat out. They’ve set up cages and even cut a hole in the wall in an effort to retrieve Violet.

“In their minds, they think that they've accommodated me,” said Lisa. “In my mind, that wasn't an efficient schedule.”

“They're not allowing Lisa to go and get Violet at this point,” said Emily, who said the home owner stopped replying to their calls and texts.

On Wednesday, the Szefels launched a Facebook page called Justice for Violet. They claimed Violet wasn’t getting food or water. Their posts have drawn support and outrage, as well as threats against the home owner.

The home owner told KGW that Violet is getting food, water and using the cat box when no one's looking.

"This has become invasive,” he said. “The cat owners have to be patient, they're going to get their cat back, they just have to wait."

The Szefels said they would wait if they believed they had time.

“It seems like the only thing to do at this point is peruse action legally,” said Lisa.

“Especially since we don't know how much time Violet has left,” added Violet.