The tournament-style version of "don't let the balloon touch the ground" begins in Barcelona on Oct. 14. 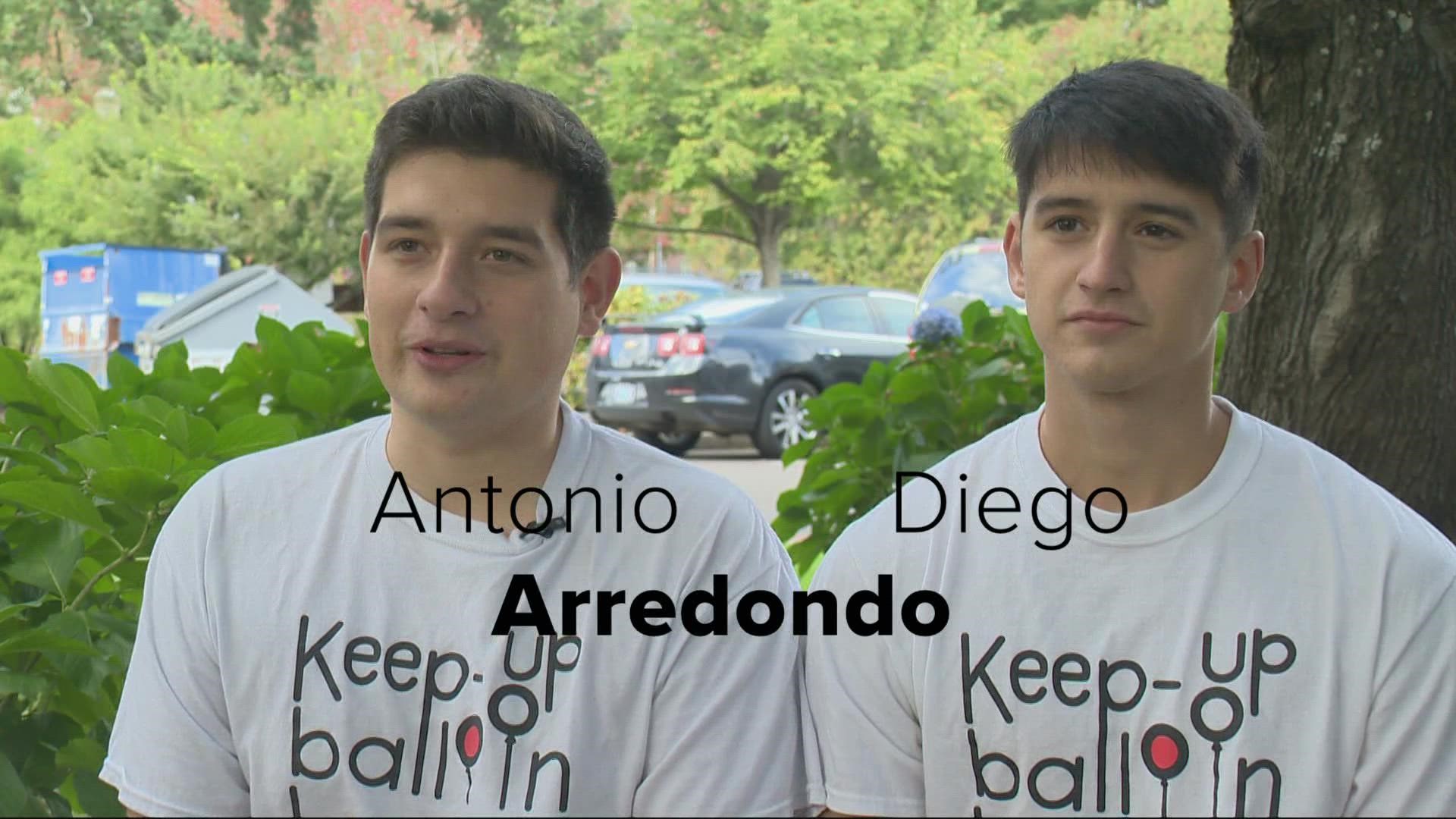 CANBY, Ore. — Two Canby brothers are competing in an international tournament they helped inspire by posting videos on the social media platform TikTok.

The Balloon World Cup kicks off in Barcelona, Spain, on Oct. 14. It's based on a game that Antonio, 21, and Diego Arredondo, 18, along with their younger sister Isabel have been playing for years.

The rules are simple.

When the COVID-19 locksdowns began, the siblings got really into the game. One day Antonio posted a TikTok video of them playing, not knowing what to expect.

"It just kept growing and growing and now it sits at like 1.2 million likes. It was a video of me and my sister playing," Antonio said. "I still to this day don't understand why so many people watch it."

RELATED: 'March Madness' will no longer just apply to the men's tournament

The social media platform TikTok allows users to upload 15-second, 60-second or 3-minute long videos. The thing about TikTok — once you find a niche, you're bound to get more views and followers. The more you post, the more interaction you get.

The Arredondos found their niche and continued to post more videos, gaining thousands of likes and even catching the attention of ESPN's SportsCenter.

The brothers said their videos have been used in an ad for Mountain Dew and sports broadcaster Joe Buck even narrated one of their videos as if it were a sporting event, which it now is.

FC Barcelona soccer star Gerard Piqué and online Twitch streamer Ibai Llanos, created a tournament-style world cup based off the Arredondos' viral videos of their balloon game. There will be 32 teams competing from around the world, and Antonio and Diego will represent the United States.

Diego said the playing field in Barcelona will supposedly mimic their living room, complete with obstacles that players will have to navigate to hit the balloon before it falls.

At their parent's house in Canby, the matches get so intense they've knocked decorations off the wall and damaged a couch they use to jump over.

"A lot of times we'll have to jump over the table and when we're doing that we use the couch to catapult ourselves, so our whole couch just kind of dips inwards." Diego said.

What do their parent's think? TikTok videos show them getting in on the fun too!

"My dad loves it and my mom's just like hey you could be doing worse things," Antonio said, "I think he just loves seeing us playing and that competitive spirit that we've had since we were little and broadcast to everyone. It's just so fun for him."