Campfires banned in many parks across Oregon

The U.S. Forest Service has banned campfires in Mt. Hood National Forest and the Columbia Gorge heading into the Fourth of July weekend. 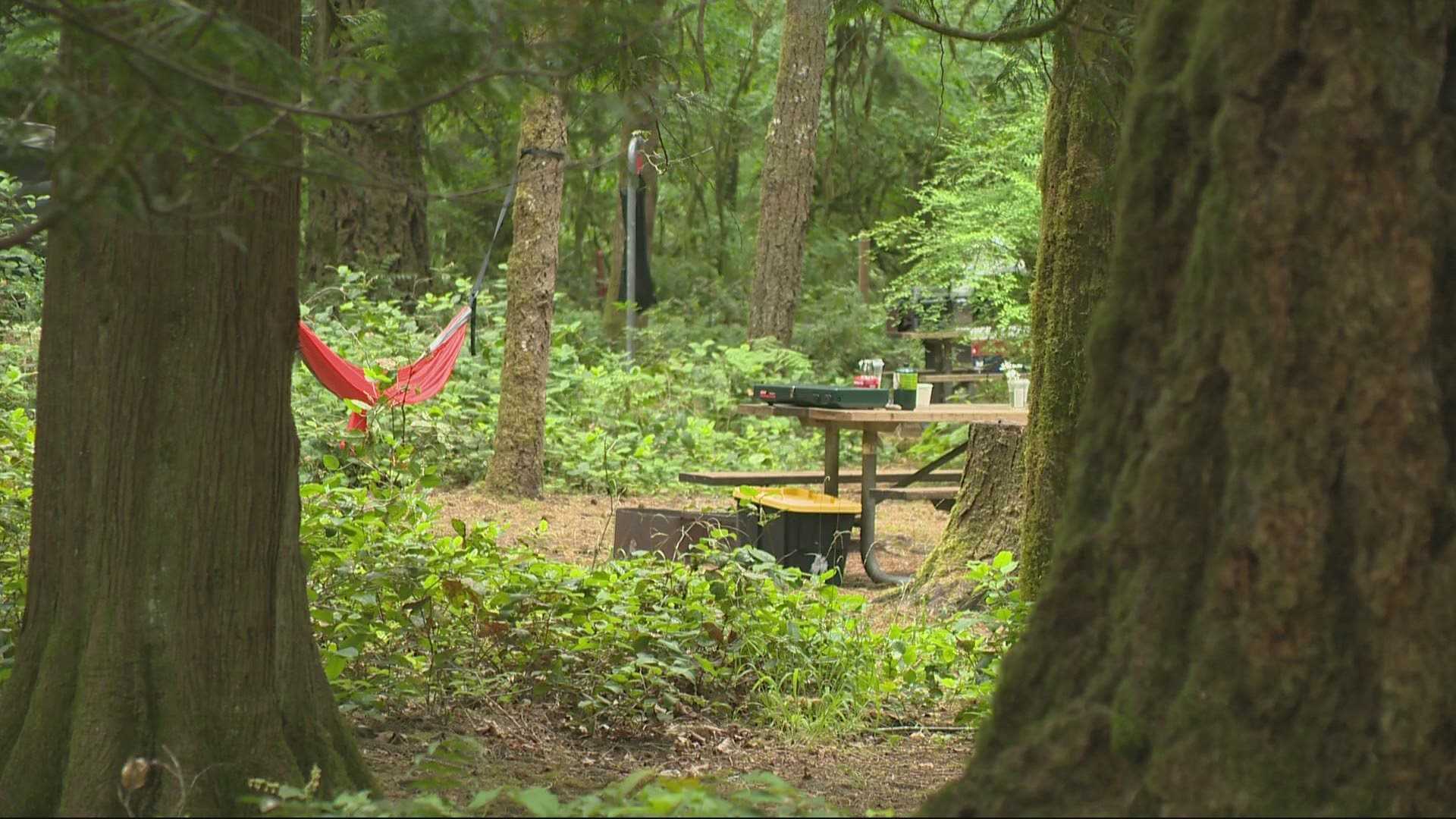 MOUNT HOOD, Ore. — Campfires are banned in many places across the state, including in the Mt. Hood National Forest as high temperatures and dry conditions are causing concern over the wildfire risk. It's a big change for people heading to the woods for the Fourth of July holiday weekend.

"The sparks might catch a dry grass or other vegetation around and pretty soon that little campfire that someone didn’t put out all the way could be spreading," said Heather Ibsen with the U.S. Forest Service.

The campfire restrictions go in effect July 1 in the Columbia River Gorge Scenic Area and July 2 in the Mt. Hood National Forest, Gifford Pinchot National Forest and the Willamette National Forest. According to the Forest Service, almost 90% of wildfires in Oregon and Washington in 2020 were human caused.

"Summer is probably only going to get dryer and continue to heat up so people should expect that those fire restrictions will last through Labor Day at least," Ibsen said.

All campfires, charcoal or any other open fires are prohibited. Instead, people can use portable cooking stoves, lanterns and heating devices using liquefied or bottled fuel. Ibsen said almost anything that can be switched off will still be allowed.

The fine for violating the Forest Order prohibiting campfires is up to $5,000.

Oregon State Parks also have fire restrictions in several areas of the state. "Mainly on the east side but also central Oregon and parts of the outh coast," said Chris Havel with Oregon State Parks. "You can just expect that that’s going to continue rolling out that way with very little notice.”

In addition to the Forest Service and State Parks, a burn ban is in effect in Multnomah County parks. People should double-check restrictions before heading out.

RELATED: Restrictions on fireworks, campfires and more. Here's what you need to know this Fourth of July