The driver was merging onto northbound I-205 from Southeast Division Street when she veered off the road, struck a sign and hit the woman, police said. 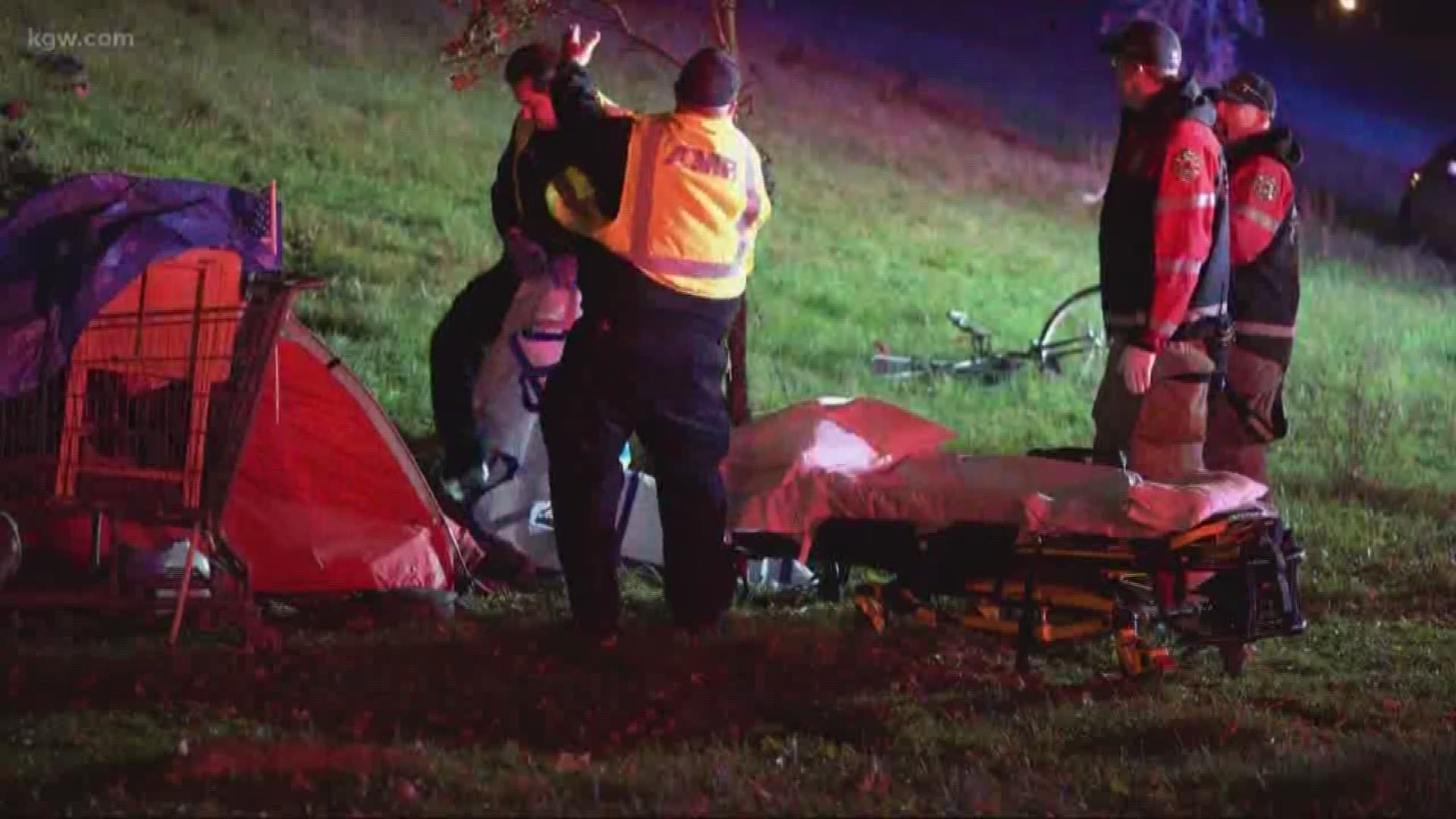 PORTLAND, Ore. — A woman sleeping in a tent had her legs crushed after she was hit by a driver in Portland Saturday morning, according to a friend.

Kit Sleeper was one of three people in the tent at the intersection of Southeast Division Street and Interstate 205.

“I heard a car getting real close…next thing I know, bam! We’ve been hit. The car tore the whole front of our tent up. Got me in the leg. Got my friend, Lisa, broke both her legs, crushed her ankles,” he said.

Lisa was taken to a hospital. Her injuries were not life-threatening, according to Portland police. Kit and the third person in the tent, Lisa’s husband, were not injured.

The crash happened shortly after 4:30 a.m. The driver was merging onto northbound Interstate 205 from Southeast Division Street when she veered off the road, struck a sign and drove into the tent, police said.

“If she hadn’t hit the sign that was here, it veered her, the story would have been different. She probably would have killed at least two of us,” Sleeper said.

The driver, identified as 20-year-old Shayla Valdez, of Portland, remained at the scene and cooperated with investigators. She was cited for careless driving. Police said she showed no signs of impairment.

Sleeper said he wasn’t worried that a crash, like the one that occurred Saturday morning, would happen. He said he plans to stay in the grassy area, but he did move the tent to a spot he believes will be safer.

Earlier this year, the Oregon Department of Transportation filled certain open spaces near Portland area freeways with boulders to deter campers. At the time, an ODOT spokesperson said the giant boulders were put in those spots because it was cost-effective and not safe for campers to be so close to the freeways.

Sleeper said he previously lived at one of those spots and moved to his current area because of the boulders. He said he doesn't have much of a choice when it comes to choosing where to live. He said the city needs to provide more options for people who are homeless.

“We’re not all drug addicts. We’re not all bad people. We’re trying to survive. And they’re not giving us any place to go,” Sleeper said.