The post was made on the principal's personal Facebook page the day Kobe Bryant and eight others died in a helicopter crash in January. 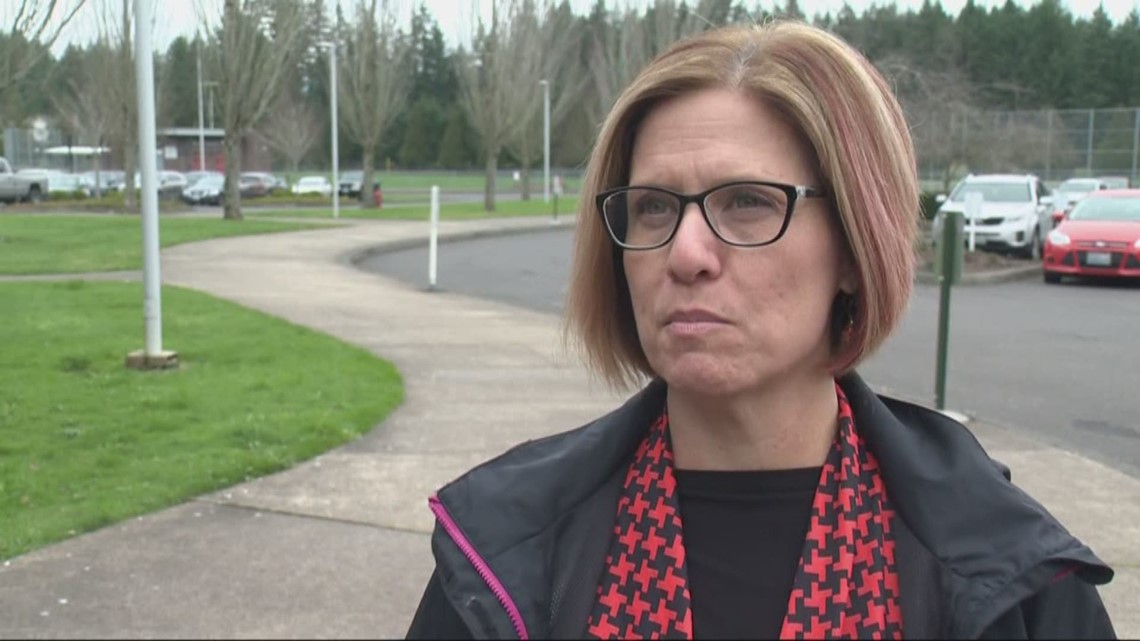 CAMAS, Wash. — The principal at Camas High School has been placed on administrative leave as the school district investigates a Facebook post she made about Kobe Bryant following his death.

In a statement to the community on Tuesday evening, the superintendent said, "In light of threats to Dr. Liza Sejkora and concern from our community, Dr. Sejkora has been placed on administrative leave."

Students at the school planned to walk out Wednesday afternoon in protest of the post. But due to online threats, the walkout was postponed to Thursday. It's scheduled for 1:04 p.m. and expected to last for nine minutes, one minute for each victim in the helicopter crash.

In an email Wednesday morning, Camas superintendent Jeff Snell said Camas police and additional staff would be on campus because of the online threats.

A little over 1,000 students, nearly half of the student body at Camas High School, were absent on Wednesday.

Sejkora is in hot water over a message she posted to her personal Facebook page: "Not gonna lie. Seems to me that karma caught up with a rapist today," she wrote following news of Bryant's death. It ends with a shrug emoji.

"I heard reports that Kobe Bryant had passed, just a visceral reaction to it. Posted quickly before I had any additional information," she said.

The rapist reference alludes to a 2003 sexual assault case against Bryant. Ultimately charges were dropped and he later settled with his accuser out of court.

She says the post stayed up for about an hour before she took it down. A screen grab was shared with students and parents on social media and quickly had people talking about it.

"I don't support it. It's hard for me to understand it. Anytime there's a loss of life, I hope that all of us come together and rally around that. It didn't come across that way. That's really unfortunate," said Camas School District Superintendent Jeff Snell.

Snell says the post does not meet the social media expectations for staff.

"If it's a disruption to the school environment, then it falls into a policy that we have. Things like this get a life of their own in today's world and it has become a disruption. That's something we need to address."

He wouldn't discuss what repercussions Sejkora faces as the investigation continues, but did say they'll look at everything.

"Anytime there's an employee concern there's a range of discipline. That always goes back to the specific incident that's in question and it also comes to history," Snell said.

Sejkora has been the principal at Camas High School for two and a half years, moving from Scottsdale, Arizona. Students say this gives their high school a bad look.

"It's just really insensitive. There's no real position for her to say that. Especially when she's in such a place of power that she is right now. She represents the school  and that's how everyone's gonna see this town and this school," senior Adam Hoteit said.

"Saying things, you should watch what you post because you know you might get backfire and that's what happened in this situation. It just backfired pretty hard," senior Dorian Dahdli said.

Sejkora offered an apology to her staff and later in a letter to students and parents writing:

You may be aware that a copy of a social media post I made on my personal Facebook page is circulating digitally in our community. Today, I apologized to my staff, and now I apologize to you.

On January 26 after news broke Kobe Bryant's death, I made a comment to my private social media which was a personal, visceral reaction. I want to apologize for suggesting that a person’s death is deserved. It was inappropriate and tasteless. Further, I apologize for the disruption it caused to our learning environment today.

While what I wrote was posted on a private Facebook account to people who are my friends and was quickly removed, I acknowledge that private does not always mean private. I love being principal at Camas High School. We have tremendous students, staff, and community. I’ve learned an important lesson and I hope that I can earn your trust back.

Sejkora told KGW during an interview Tuesday, "In an educational institution, we hope that students learn that you make mistakes you own it, you learn from it and move on. That's how we grow as humans. I am hoping to model that I messed up pretty big here. I want to earn their trust back, I want to earn my community's trust back. I want people to trust that they're sending their students to Camas high school and not have it be tarnished with a bad decision I made."

RELATED: How to support the families of those who died in the helicopter crash that killed Kobe Bryant