A California politician is hoping to learn from Portland’s homeless crisis, and use his experience in the Rose City to work on a plan to solve a similar situation in his town. 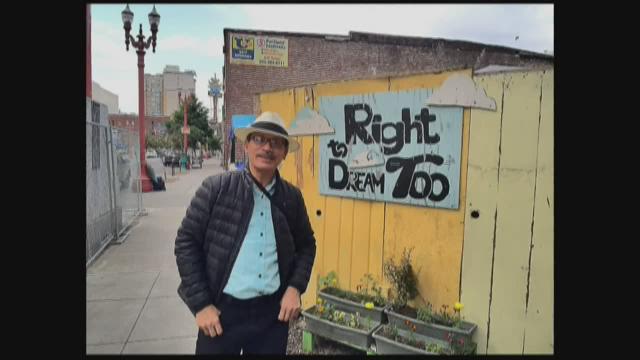 PORTLAND, Ore. -- A California politician is hoping to learn from Portland’s homeless crisis, and use his experience in the Rose City to work on a plan to solve a similar situation in his town.

“It took a lot of courage for me to go and I'm glad I did. I talked to each one who formed in line. People really behaved knowing they get a place to sleep and be safe,” said the councilman.

Nguyen chronicled his journey on Facebook and posted pictures about his experiences.

“Portland is a beautiful city with great potential. Yet you do have the problem,” said Nguyen. He said a camp like Right to Dream Too could work in San Jose.

The city of San Jose closed its largest homeless camp in 2014. Since then, leaders have been trying to find ways to house its 4,000 homeless people.

As for what Nguyen thought of Portland, he said he was surprised at the number of homeless living on the street.

“The downtown area is kind of sad, it's overrun with homeless and many are so young. So young,” he said.

He said he was somewhat disappointed by the condition of Right to Dream Too.

“I am a little bit taken aback by the poor condition, the lack of utilities and surrounding living area, and especially the rats,” said Nguyen.

While in town, he also visited Dignity Village in Northeast Portland. Nguyen liked the concept of the self-governed village of tiny houses, but said the location might be too far from necessary services.

As far as whether these types of camps will become reality in San Jose, Nguyen said it’s not likely anytime soon.

“It will work if we have a willingness to see through the red tape, to bring a solution and to engage a nonprofit group who is knowledgeable and who is willing,” he said.

Nguyen said he is glad he got the opportunity to visit Portland for a fresh perspective. “It opened my eyes, my soul and my heart. I'm so glad that I did,” he said.

Nguyen plans to deliver a report on his experience to the San Jose City Council in the near future. He also hopes to come back to Portland at some point to meet with city leaders.