'A Portland we all can be proud of': Business owners unveil Downtown Action Plan

As businesses look to reopen, owners are calling for action to address vandalism, trash and safety concerns in downtown Portland. 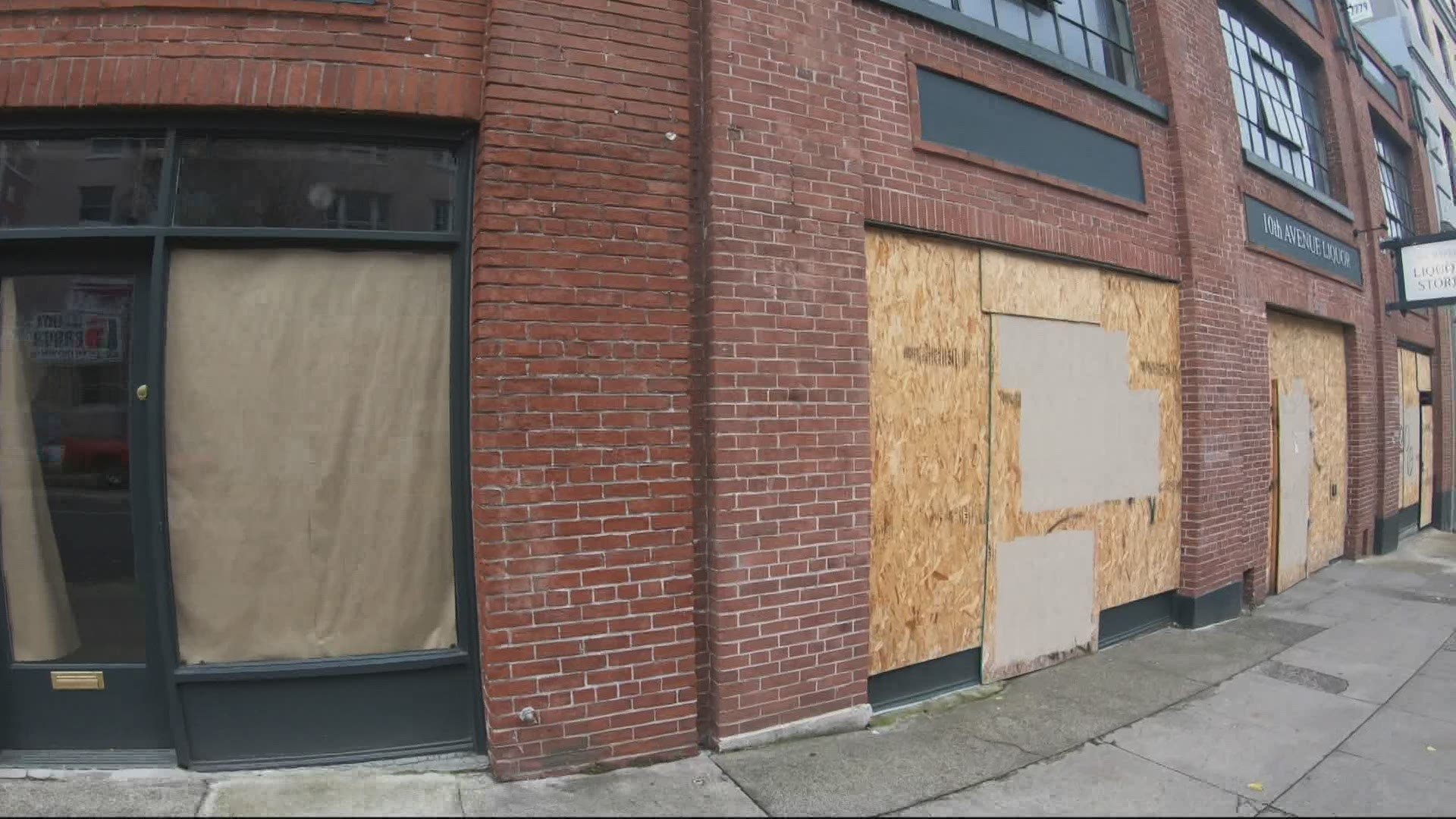 PORTLAND, Oregon — Businesses owners, frustrated with continued vandalism, trash and safety concerns in Portland, shared a Downtown Action Plan Thursday. They're calling on elected officials to support them as they work to lift each other up.

“We gotta keep believing in one another, we can't give up on our city,” said Cedric Berry, owner of Berry Insurance and Financial Services Inc. Berry’s offices are in downtown Portland, but right now he and his employees are working from home. Their reasons for that go beyond the pandemic.

“Because of what's going on in regards to the cleanliness, the safety, the homelessness situation,” said Berry. “We definitely need to get that under control. I don't feel safe having clients come down there at the time.”

Berry’s business is part of the Rose City Downtown Collective, a group of businesses and organizations focused on reviving downtown's spirit and economy.

“The scale of this problem is too significant for the city or businesses or citizens to handle on their own,” said Rose City Downtown Collective co-founder and TMT Development CEO Vanessa Sturgeon. “We all need to come together.”

RELATED: Is downtown Portland on the rebound? Signs of change in the city center

On Thursday, the collective unveiled its Downtown Action Plan and letter-writing campaign geared toward getting elected officials’ attention and support. The plan focusses on five points: compassionate and effective care for downtown streets and the houseless population; a pathway to peaceful protest; financial support for small businesses; improved safety and justice.

“We want to make downtown safe for shoppers, diners, businesses and residents,” said Sturgeon. “We want to see arrests and prosecution for criminal behavior, including the destruction of property.”

The Rose City Downtown Collective is doing more than just calling for change. Members helped raise $23,000 to help small businesses hit by recent vandalism, specifically, broken windows. They just launched another fundraiser to help small businesses clean up graffiti. The collective also appreciates the city's volunteer-based initiative to clean up trash around the city, an effort that will be growing in the coming weeks.

Berry is optimistic about the action plan. He hopes it does more than just heal the city he lives in.

“It could really be a blueprint for the rest of our country to be able to follow,” said Berry. “Create a Portland that we all can be proud of, again.”