Fifteen counties moved into the state's extreme risk level on Friday. Washington County was the only one in the Portland metro area that didn't. 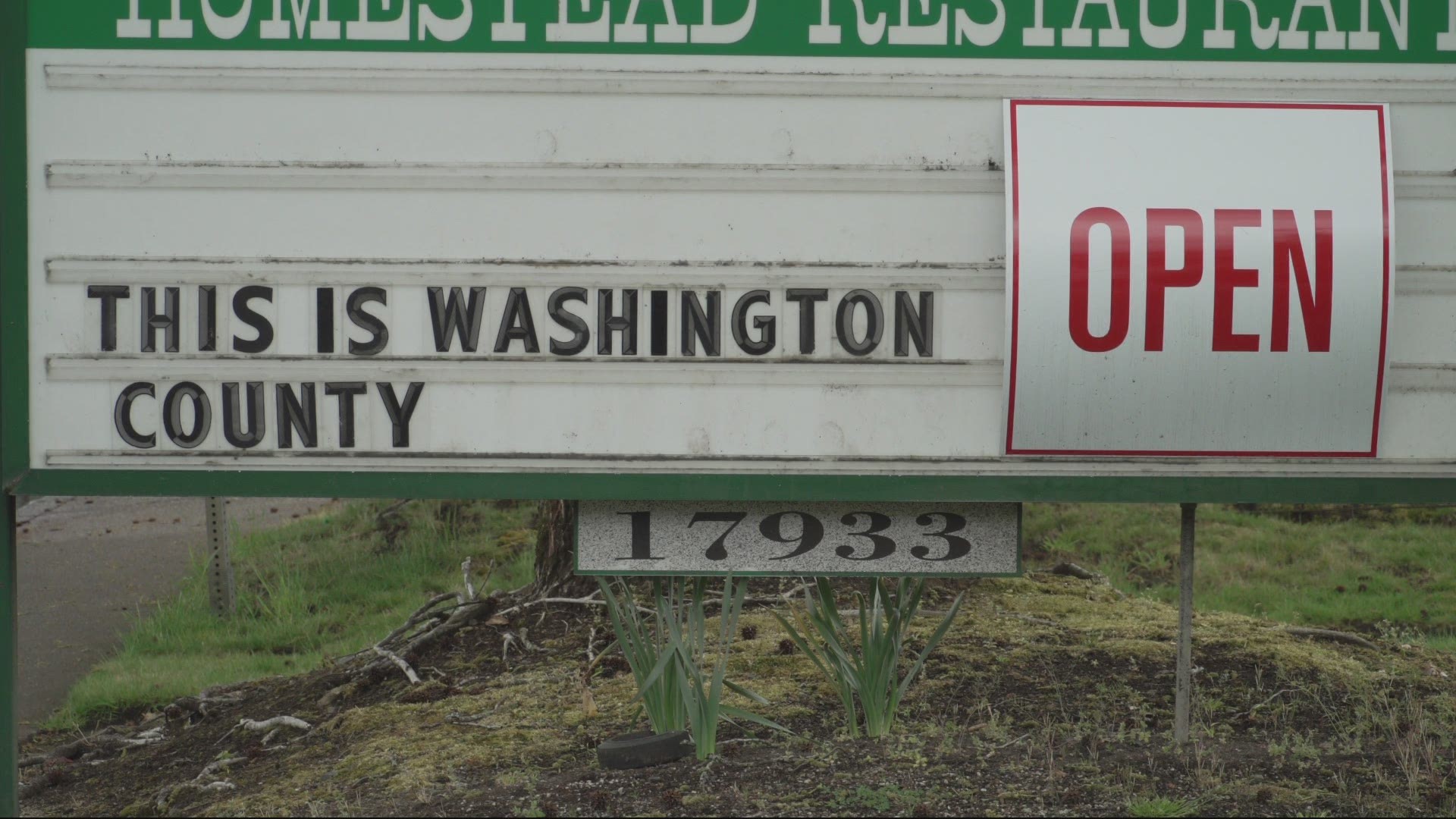 Washington County was the only county in the Portland metro area that remained at 'High Risk'.

Jeff Martin, owner of Joy Cinema and Pub in Tigard, is feeling some relief. He was worried Washington County would go up a level.

“We didn't have to drop capacity or limits. We didn't have to close, which is really good news. We're still doing what we were doing before the other counties went to extreme risk,” said Martin.

He's not sure if the increased risk level in neighboring counties like Clackamas and Multnomah will have an effect on his business.

“I think people are waiting until they feel comfortable before they come back to a movie, whether that means they've had all their vaccinations, or just feel that they're safer than they were a month, two months ago. A lot of people are still waiting," he said.

Some businesses, like Miller's Homestead restaurant, are right on the borders between counties -- in their case, Washington and Clackamas. The sign outside points out to drivers that the restaurant is in Washington County and can therefore serve customers inside.

In Beaverton, the city has blocked off roads for outdoor dining. At least one group from Clackamas County made their way to Washington County for a day out. Still, they said they understood Gov. Brown's decision.

“She has more information than I do," said Jerri Bohard. "I know those aren't easy decisions to make, and I respect the decision that she made.”

Gov. Brown made the announcement on Tuesday that for the first time in weeks, some counties would be moving back into 'Extreme Risk'. It not only bans indoor dining but also significantly reduces the number of people who can be inside a gym or indoor entertainment space.

“If we don’t act now, doctors, nurses, hospitals, and other health care providers in Oregon will be stretched to their limits treating severe cases of COVID-19,” Brown said in a statement released Tuesday. “Today’s announcement will save lives and help stop COVID-19 hospitalizations from spiking even higher. With new COVID-19 variants widespread in so many of our communities, it will take all of us working together to bring this back under control.”

Brown said she is working with Oregon lawmakers on a $20-million emergency relief package for businesses hit hard by changing capacity limits in extreme risk counties.

The updated risk levels will be in effect through May 6: