A look at where Portland's drinking water comes from

The Portland Water Bureau teamed up with OMSI Tuesday to talk the science of the city's drinking water. 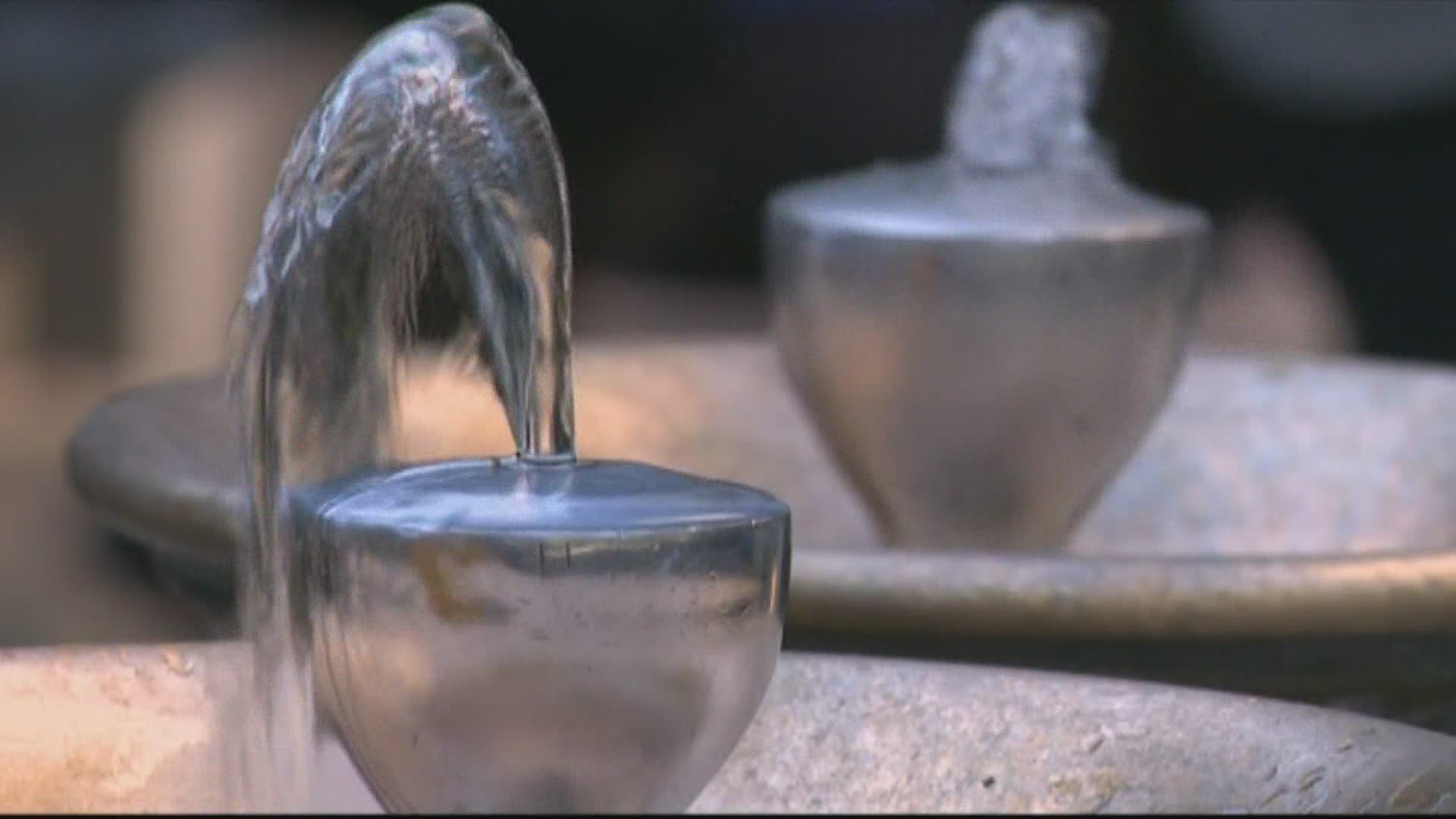 PORTLAND, Ore. — It's pretty neat when you think about it: All you have to do is turn on the tap and you get a nice cool, refreshing glass of clean water.

It's a convenience that's easy to take for granted.

But, have you ever wondered exactly where that water is coming from? And what's all in it?

If you live in Portland, you probably don't think too much about it.

"We strive so that people don't think about their drinking water," said Portland Water Bureau treatment manager Kimberly Gupta. "They just turn on the tap and that magic happens ... but there is a lot that goes into it."

In fact, that magical story of Portland's drinking water starts more than a century ago, when the Bull Run Watershed was constructed.

The watershed is unique in just how protected it is.

"We don't allow recreation, we don't allow industry in there, so we have that benefit of that protection," said Gupta.

It's a reservoir that feeds the city water by gravity alone.

Of course, it is a body of water in the middle of a forest inhabited by all sorts of animals, that do what animals do.

"There are naturally occurring bacteria and viruses and protozoa like giardia in the water, so we do need to treat for that," said Gupta.

To get rid of all those nasty viruses and bacteria, the water is treated with chlorine. We're not talking swimming pool strength, but just the right amount.

"The CDC says that one of the greatest inventions of the 20th century was water disinfection with chlorine," said Gupta. "It is widely applied."

Portland also had open drinking water reservoirs longer than most others. But federal law required the city to cover them all up. So we don't have to worry about any post-treatment contamination.

And we can drink up, knowing science is helping to keep us safe.

"We have some of the best water quality in the country," said Gupta. We're very lucky in that way."

To learn more on the topic, visit Science Pub: The Science of Clean, Safe Drinking Water.