'We need to get this done': Gov. Brown says cap and trade still a priority

The fight over a cap and trade bill in Oregon will likely begin again during the upcoming Oregon legislative session in February. 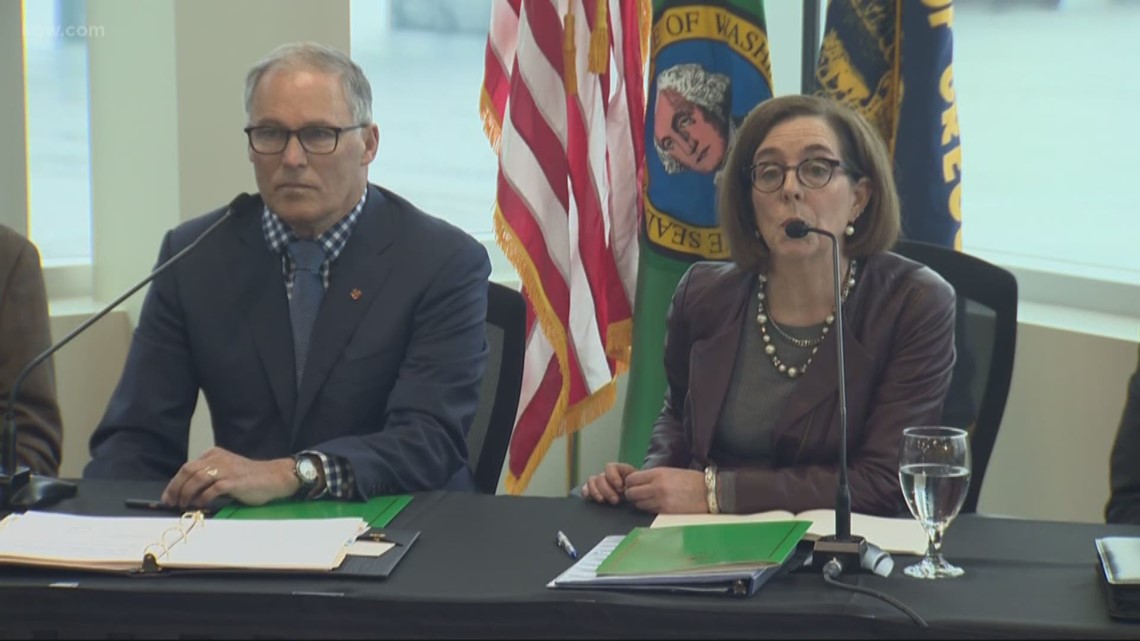 PORTLAND, Ore. — Among many in the environmental community, global warming is an extreme danger that is moving quickly.

“And that’s why Oregon needs to step up on climate action. We don’t have time to waste,” said Dr. Beverly Law, a scientist at Oregon State University.

Law and others gathered in Salem Monday to warn lawmakers they must act soon.

They want cap and trade legislation passed during the upcoming Oregon legislative session in February.

“The climate crisis is accelerating faster than most scientists expected,” said Law.

Cap and trade is designed to cap the amount of carbon companies and others can put into the environment.

Those who stay under their allotment can sell what’s left to others who are over the amount, that’s the trade part of cap and trade.

The main idea is to make it so expensive to pollute that it makes business sense to invest in cutting greenhouse gases.

Oregon Governor Kate Brown on Monday said cap and trade is a priority.

“We need to get this done. It needs to be done cooperatively through the legislative process. And I’m working with folks on both sides of the aisle and stake holders to make sure we can get across the finish line in February,” said Brown.

In the last legislative session in 2019, a similar effort failed.

Loggers staged a noisy protest and Republicans walked out so there could be no vote.

Long time lobbyist and KGW political analyst Len Bergstein says the bill will have to ease the impact on some to get it passed.

“So it will be either a carve out based on geography or some industry categories or something like that, again to try and peel off opposition and create some sort of broad consensus,” he said.

But there is danger in that approach. The coalition Renew Oregon is threatening to go around lawmakers if they fail and take three ballot measures to the voters.

“If large corporate polluters and their allies don’t like the clean energy jobs bill, they're going to hate our ballot measures because they contain even more clean air protections,” said Executive Director Tera Hurst.

The group has three ballot measures ready to go, if needed.