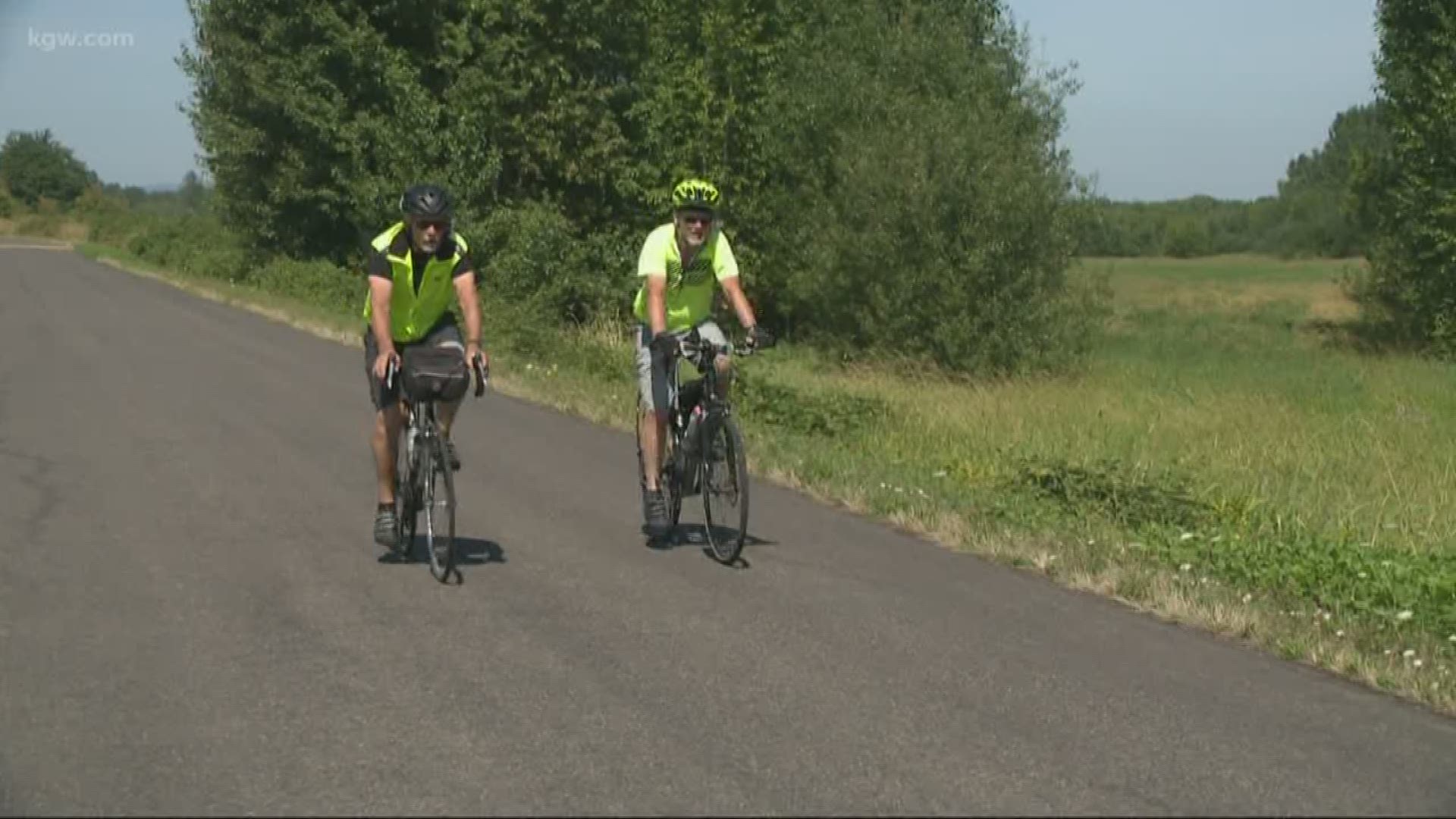 VANCOUVER, Wash. — One of two brothers cycling Route 66 for charity was hit by a pickup truck and injured Sunday near Clinton, Oklahoma.

Mike Roskam suffered a concussion, cuts on his head and plenty of road rash. He was treated and discharged from a local hospital.

The injures have ended the brothers' ride, 1,000 miles into their 2,500 mile goal of cycling the entire route from Chicago to Santa Monica.

The brothers, Mark and Mike Roskam, are both in their 60's and avid cyclists.

Mark Roskam said the pickup truck came within inches of hitting him before hitting brother Mike.  Mark said he thought he was watching his brother get killed.

"It was a violent collision and Mike was blindsided. We need to get him home," said Mark, who added, "The big story here is the goodness of God. We have our brother!"

The Roskam brothers and their wives have decided to "unplug the bicycle trip" and head back to Vancouver Tuesday morning.  They are all in the RV family used to support the charity ride.  A third brother, Doug, will do most of the driving.

They had hoped to raise $66,000 dollars for Open House Ministries. Mark is chaplain at the long-term family homeless shelter. The money raised will help pay for expanding capacity and services at the shelter in Vancouver.  You can still donate to help them reach their goal.

Mike Roskam is a local business owner, who cycled across the country for a fundraiser several years ago.  He came up with Route 66 plan.

"I approached Mark about a year ago and just said, 'Hey what do you think about doing a fund raiser ride for Open House,' and so that just took some time for that to evolve," said Mike. 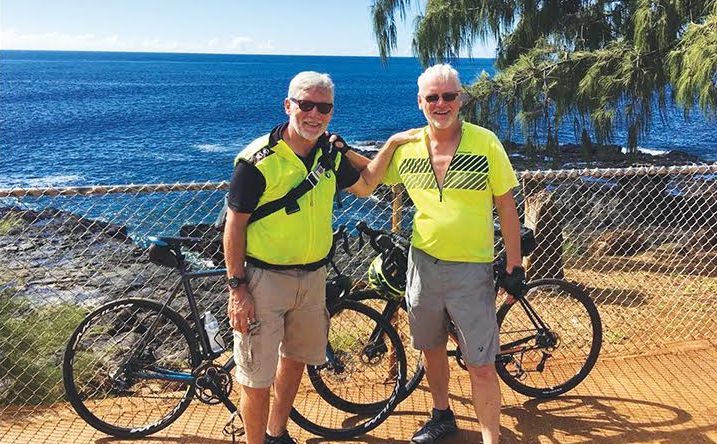 Route 66: Breaking the Cycle of Homelessness - Open House Ministries
Sept. 4 - Oct. 11Seeking to raise $66,000 for operations at Open House Ministries, staffer Mark Roskam and his brother, Mike, will cycle historic Route 66 starting in September. From Chicago to California, traveling more than 2,400 miles, the cycling enthusiasts are hoping for by-the-mile pledges to help motivate them along their way.

Mark quickly agreed, and after all the planning the brothers embarked on their roughly 5-week journey on September 4th. They had 31 stops planned and 2,488 miles to travel.  They planned to take Sundays off.  Their wives traveled  in a rented RV, helping out with the trip.

"I said to them, I said, 'You can get us across the country, just keep the food beyond our reach,'" joked Mark.

The big fundraising goal supported serious work.  Open House Ministries serves homeless families by providing a year of rent-free living in its apartment building, along with recovery, vocational, child care and other services to break the cycle of homelessness.

"Over time in a controlled environment like this, a clean and sober environment, people change and they find peace and make peace and pull their lives together," said Mark.

"It's the thrill of a lifetime for me to spend time with my brother and his wife and of course my wife", said Mike. "But there's a real opportunity to bring some awareness to our community about what Open House is all about."

You can donate here and track their shortened journey here.  No donation is too small; it can be per mile (a penny per mile is roughly $25 total, a dime is roughly $250 total) or single amount.  All proceeds will directly benefit Open House Ministries. The Roskams will be covering all trip expenses of more than $10,000.

You can also support Open House Ministries by donating or doing business with its Wheel Deals bike shop.