A man was arrested and charged with a hate crime after he allegedly attacked a brother and sister returning from Pride events Sunday night. 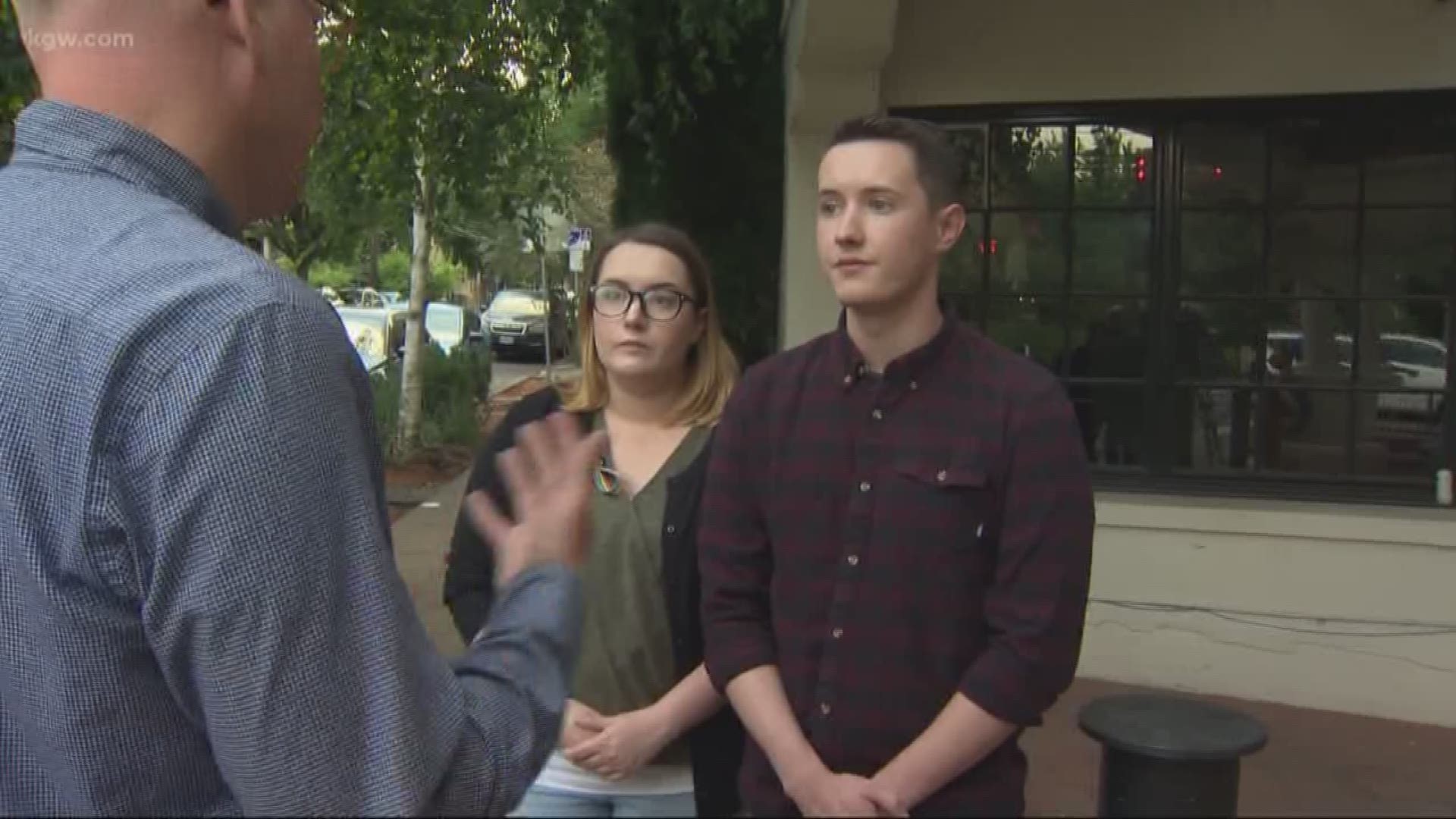 PORTLAND, Ore. — A man was arrested and charged with a hate crime after he allegedly attacked a brother and sister returning from Pride events Sunday night.

The attack happened near Northwest 21st Avenue and Everett Street.

“We’re walking back this way and there’s a man sitting here and he yells out a homophobic slur,” said Katelin Durnal.

Durnal was with her brother and two others. The group had just finished celebrating Pride weekend and they were wearing rainbow colors.

“He punched me and elbowed me in the face and I put my body weight under him and pushed him away from everybody else,” said Gregory Durnal.

“During the attack he was using the word 'faggot,' ” said Katelin. “After he punched Greg he told us to have a gay day.”

The suspect, later identified as Justin Watling, took off after the attack. Officers tracked him down and arrested him.

Watling is charged with second-degree intimidation for committing a hate crime, Portland police said, plus fourth-degree assault and attempt to commit a Class A misdemeanor. Court documents describe him as a transient diagnosed with schizophrenia.

“I would never say this surprised me or is eye-opening,” Gregory said. “Under our current administration, this is given a louder voice to speak up and they’re happening everywhere.”