Broadway shows scheduled to return to Portland in the fall

Despite no new guidance from the state on reopening performing arts venues, the Broadway Across America tour is scheduled to return to Portland's Keller Auditorium. 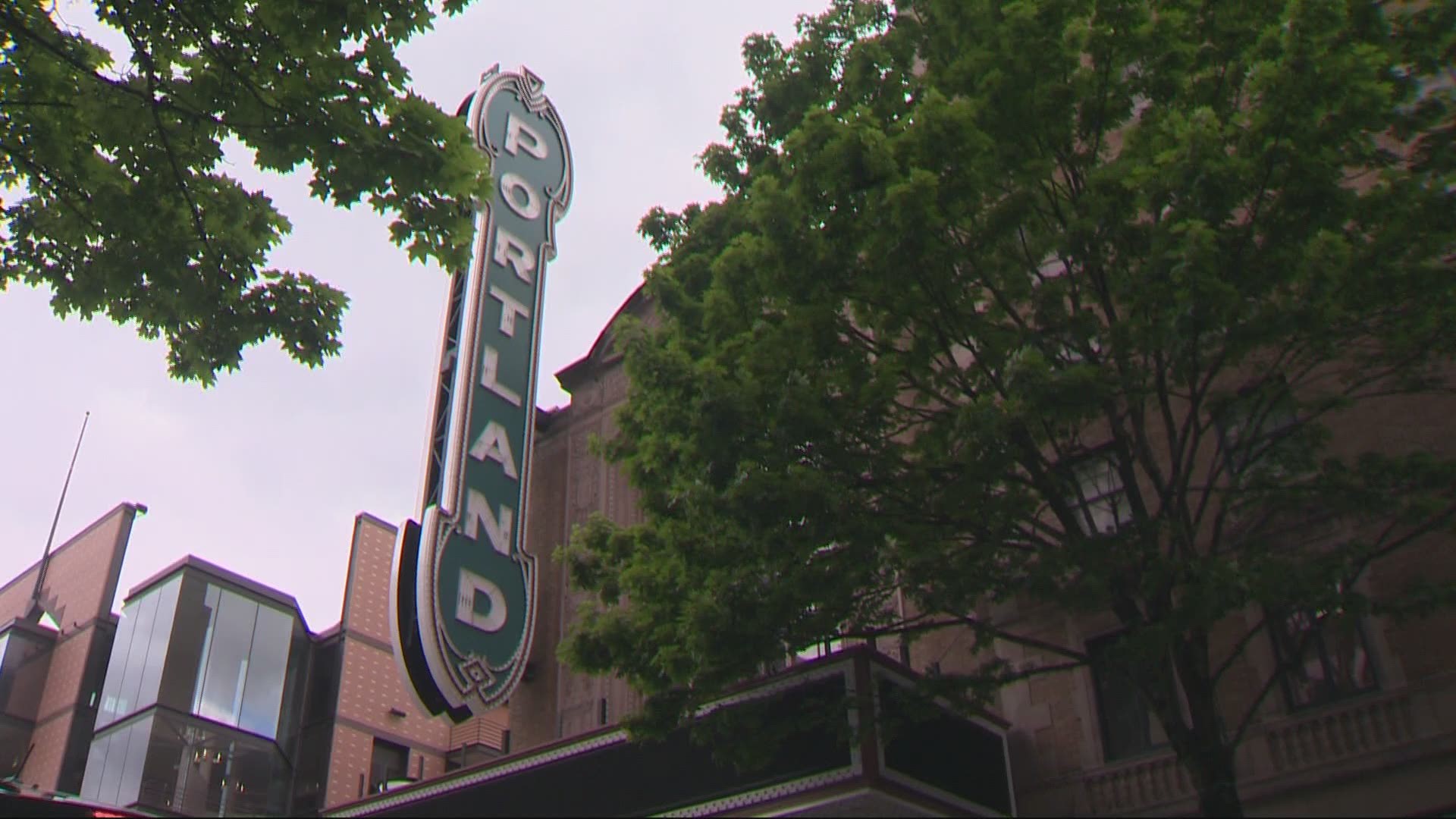 PORTLAND, Ore. — Whoever said “The show must go on," never could have predicted this pandemic.

For more than a year, many theaters from coast-to-coast have stood empty. That includes those within Portland’5 Centers for the Arts including Keller Auditorium. Frozen was the last production to shine there, before its run was cut short in March 2020. Everything else, soon followed.

“It just sort of went away one day,” said Corey Brunish, a Broadway producer who splits his time between New York and Portland.

According to New York Gov. Andrew Cuomo, Broadway shows will reopen to full capacity starting Sept. 14. Brunish said cast, crew, and quite possibly audience members will all need to be vaccinated to keep safety their first priority.

“We should be fairly far along in 131 days with our vaccination and Oregon too!” said Brunish. “As long as the numbers are up on the vaccinations, I feel like theater can indeed come back.”

The Portland Opera just announced the return of Broadway in Portland to Keller Auditorium this fall. Right now, the season is scheduled to open September 28 with Jesus Christ Superstar followed by Mean Girls in November.

“We are just really hopeful because things are happening so much faster than we dreamed,” said Robyn Williams, executive director of Portland’5 Centers For the Arts.

While the schedule is posted, Williams can't talk about what it's going to look like inside the theater — if indeed they’re able to open. The reason is they don’t know, given that they’re still waiting on reopening guidance from the state.

“In the meantime we just keep hoping for some guidelines for ourselves so that we can plan,” said Williams.

Industry leaders said going so long without knowing has had a massive impact on the state's performing arts economy.

Brunberg said their concert schedule includes performers who've had to reschedule three to four times because of the pandemic. He hopes that the fall dates in place now will hold. Brunberg also started the Independent Venue Coalition and said for many other Oregon concert venues and festivals, it's too late to book talent.

“Oregon has kind of fallen off the map," said Brunberg. "People are avoiding it like the plague, no pun intended. It's really hard for musicians to plan a tour through Oregon because we don't have any guidance right now.”

For Broadway producer Corey Brunish, bringing back live performances is deeply personal, whether they they be in New York, Portland or somewhere in between.