Those Who Serve: Bringing a tribal language back to life

Chinuk Wawa dates back to the 1780s. It was developed by Native Americans who spoke it from the California border to Alaska, Montana and Idaho. 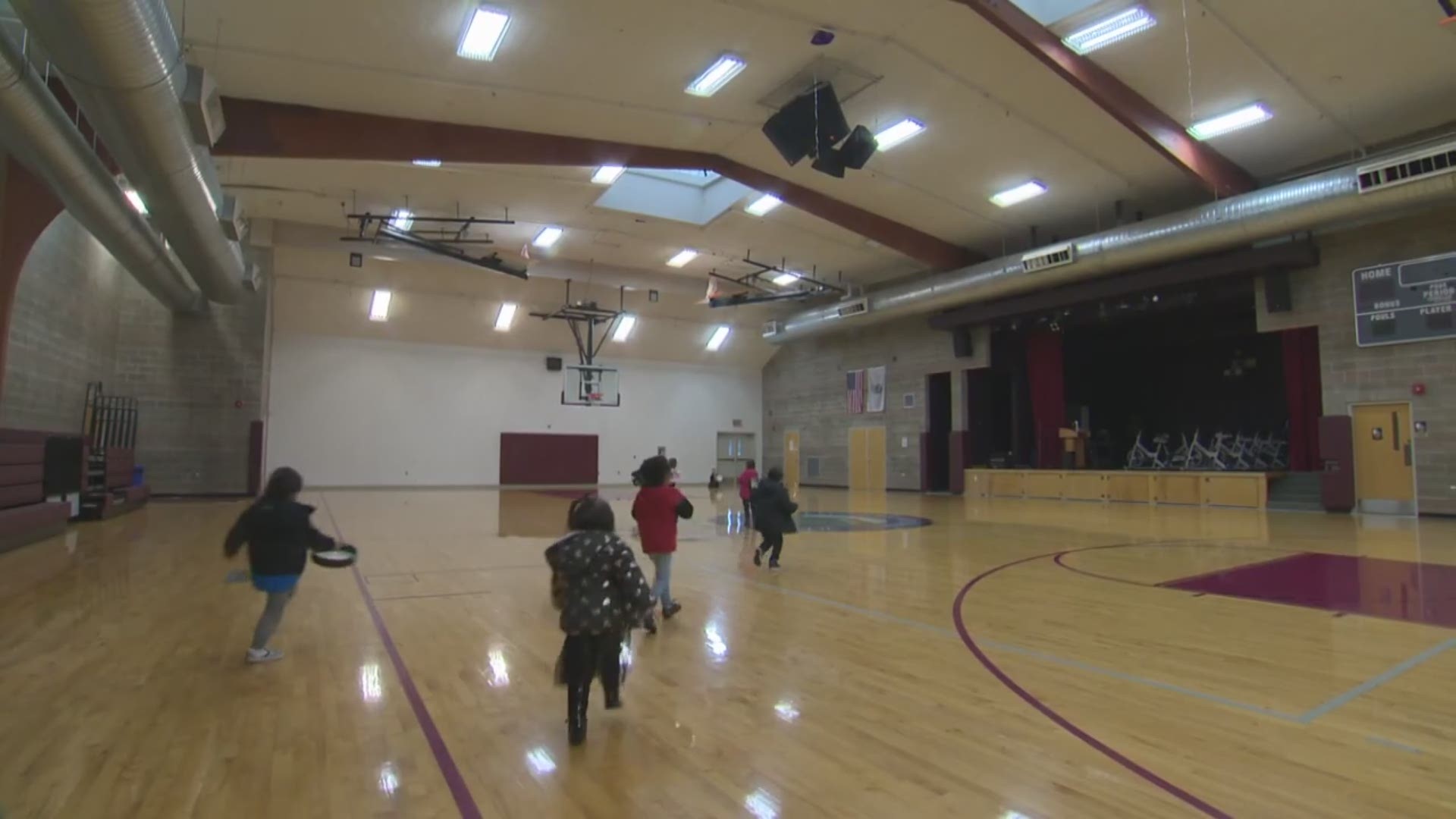 GRAND RONDE, Ore. — In Grand Ronde, Oregon, an effort across several levels is bringing the tribal language back to life.

You can hear it in the gym on tribal land. Fun time for preschoolers comes with language emersion in Chinuk Wawa.

It’s a language that dates back many generations, perhaps to the 1780s, developed by Native Americans who spoke it from the California border to Alaska, Montana and Idaho. It began as a language for commerce, allowing tribes with their own vocabulary to speak a common tongue when they gathered for trade.

Jeff Mercier is a member of the Grand Ronde and the lead teacher for this immersion class.

“I’ve been working on learning the language for about eight or nine years,” he said.

The preschoolers, the tribe calls them "lilus," are 3-5 years old. Another immersion group involves kindergarten through fourth graders. There is also a high school class and a course in the language taught at Lane Community College in Eugene.

That anyone can speak Chinuk Wawa is a testament to the determination of the Grand Ronde to keep it alive.

The language nearly disappeared in the 1950s.

She remembers when the federal government disbanded the Grand Ronde in 1954 and tried to assimilate them into mainstream society.

“Get rid of all the native identity, the language, cultural practices, all of that, had to go. Because that was an era that was gone according to the government,” she said.

But in 1983 the tribe reformed and was officially recognized by the federal government.

Eighteen years later, in 2001, it started classes to bring back the language spoken only by the elders.

“I love it!” said Chair Kennedy.

“To be able to grow up with that sense of identity, and just have that language within them. It’s in all of us and it was important for me to wake that back up again,” he said.

He remembers hearing his grandmother speak it.

“It was something that I wanted, wanted to do, you know, when she was still here,” he said.

The language is a mix of unique sounds and words—along with phrases borrowed from other native tongues and a French word or two tossed in.

At TedxMcMinnville last spring, Cystal Starr Szczepansi, who works at Grand Ronde, taught the audience to say the word for "good."

“Okay now I’ll say the other part of the word and repeat after me. 'Oosh—oosh—oosh—oosh…' I think you’re advanced we’re ready to combine it. Together let’s say (this is what it sounded like) 'slooeths-tush-tush.' Awesome. Now when somebody asks you, how are you? You have a response, tush!” she said as the audience clapped.

Back at Grand Ronde, Ali Holsclaw organizes the immersion program. She thinks its vitally important.

“It’s part of reclaiming our identity, being prideful in that and just kind of adding another piece to putting ourselves back together and reclaiming our culture,” she said.

It can take time to get fluent. Teacher Jeff Mercier is still working on it.

“I’m fairly fluent. Fluent in four-year-old, for sure,” he said with a laugh.

One afternoon the lilu preschoolers sang to the tribal council in Chinuk Wawa. The council loved it.

But it was more than a nice song.

Credit: KGW
Preschoolers are learning the language of the Grand Ronde.

“I come from the generation where we were terminated,” said councilor Steve Bobb, Sr.

It’s a reminder, what was once nearly dead is now very much alive.

“Its great to see them singing and talking in the language you know. And having that come back really means a lot to us as a tribe, you know, that they will carry that on now,” he said.

If you are interested in learning more about the language, check out the Chinuk Wawa app in the Google Play store or the Apple app store.

RELATED: Those Who Serve: My Father's House

RELATED: Those Who Serve: Making a difference for nature