A Multnomah County court case in 2010 made national headlines because of "perversion files" kept by the Scouts, which documented decades of abuse by scout leaders. 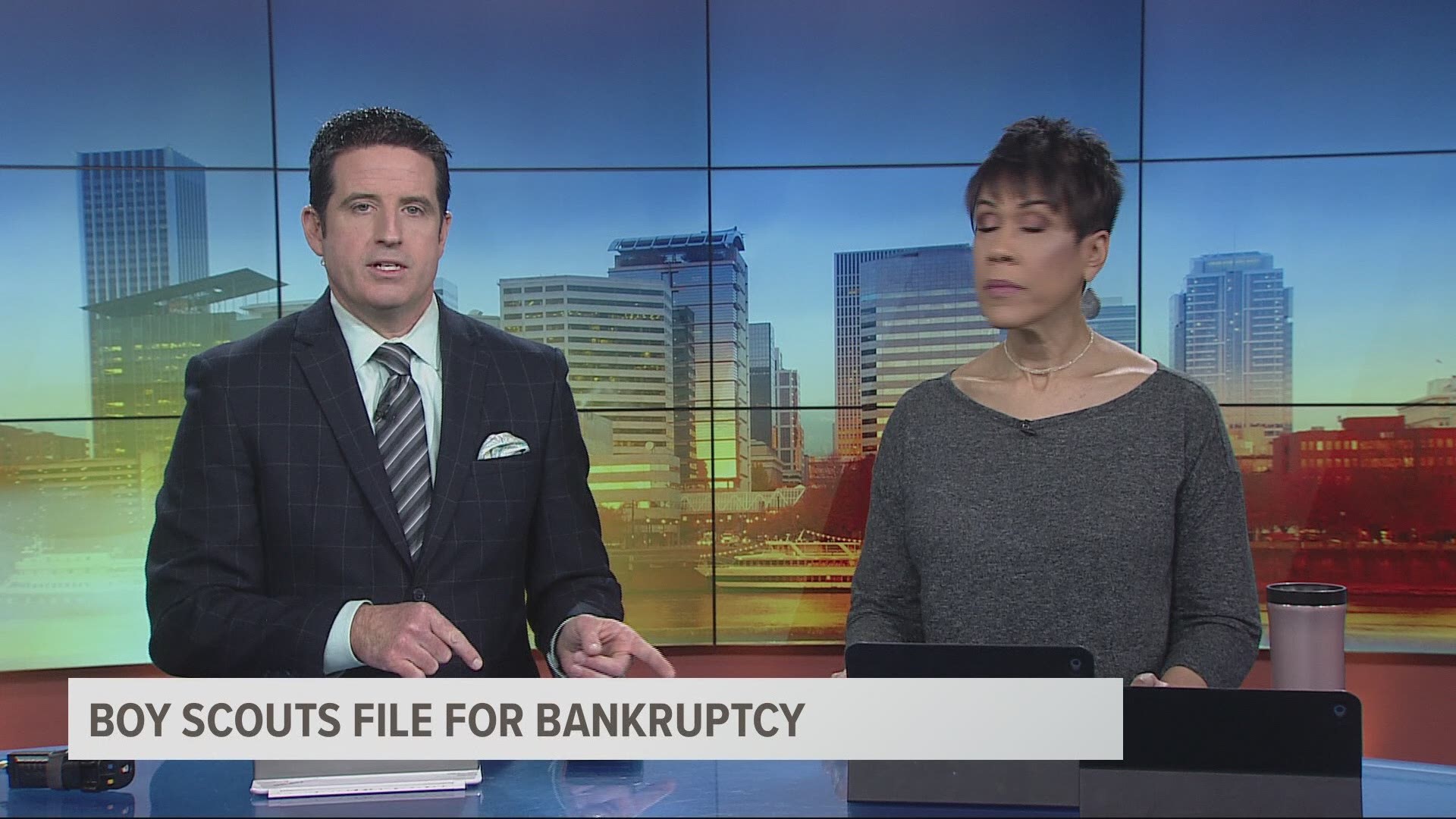 The Boy Scouts of America organization has filed for bankruptcy. While it’s a national story, it has ties to Oregon.

The news regarding the bankruptcy comes after the organization has been at the center of sex abuse allegations spanning decades.

In addition to the connection to Oregon, there is more context and background to understand. But first, it’s important to address the newest piece of information about the Boy Scouts filing for Chapter 11 bankruptcy.

The move is a way for the organization to consolidate all the cases it faces from across the country.

Now, all those cases will be handled by one federal bankruptcy court instead of cases being filed in various state courts.

Stephen Crew is an attorney who has represented many people who say they were abused while in the boy scouts.

He says despite what the word “bankruptcy” sounds like, it doesn't necessarily mean the organization is broke.

Now for the Oregon connection. A Multnomah County court case in 2010 made national headlines because of what are known as the "perversion files" kept by the Scouts, that documented decades of alleged abuse.

“They kept those under lock and key and basically the perversion files were files on scout masters or other volunteers who had sexually abused scouts or others, and the purpose of the list was to keep them out,” said Crew.

“However the Boy Scouts also had a program called the probation program whereby they put scout leaders, who had been caught sexually abusing scouts, put them on probation and allowed them to continue in scouting, often with disastrous results.”

The so-called “perversion files” were evidence at the heart of a sex abuse trial.

KGW, along with other news organizations, asked the judge in the case to release all of those files.

The request went to the Oregon Supreme Court, which agreed, and the files that document abuse allegations between 1965-1985 were publicly released. Crew said there were 12,000 files that were made public.

It opened the door for many other lawsuits.

Important to note, is that there are still many more documents from 1985 to the present that haven't yet been released.

In addition, Crew said there are other files that will never be seen because they’ve been destroyed.

He said the bankruptcy isn’t just the result of the many cases the organization faces. Crew said a combination of events have resulted in the bankruptcy, including a loss of members, the Latter Day Saints church starting its own program, and real estate investments.

The Boy Scouts of America is headquartered in Texas and oversees the national scouting program, which has hundreds of local and regional councils.

About 2 million people are involved in scouting.