Book about transgender child stirs up controversy in Oregon

The book, written by Alex Gino, is about a transgender fourth-grade student, and it's one of 16 books on a reading list for Battle of the Books, a statewide reading competition for third through fifth graders. 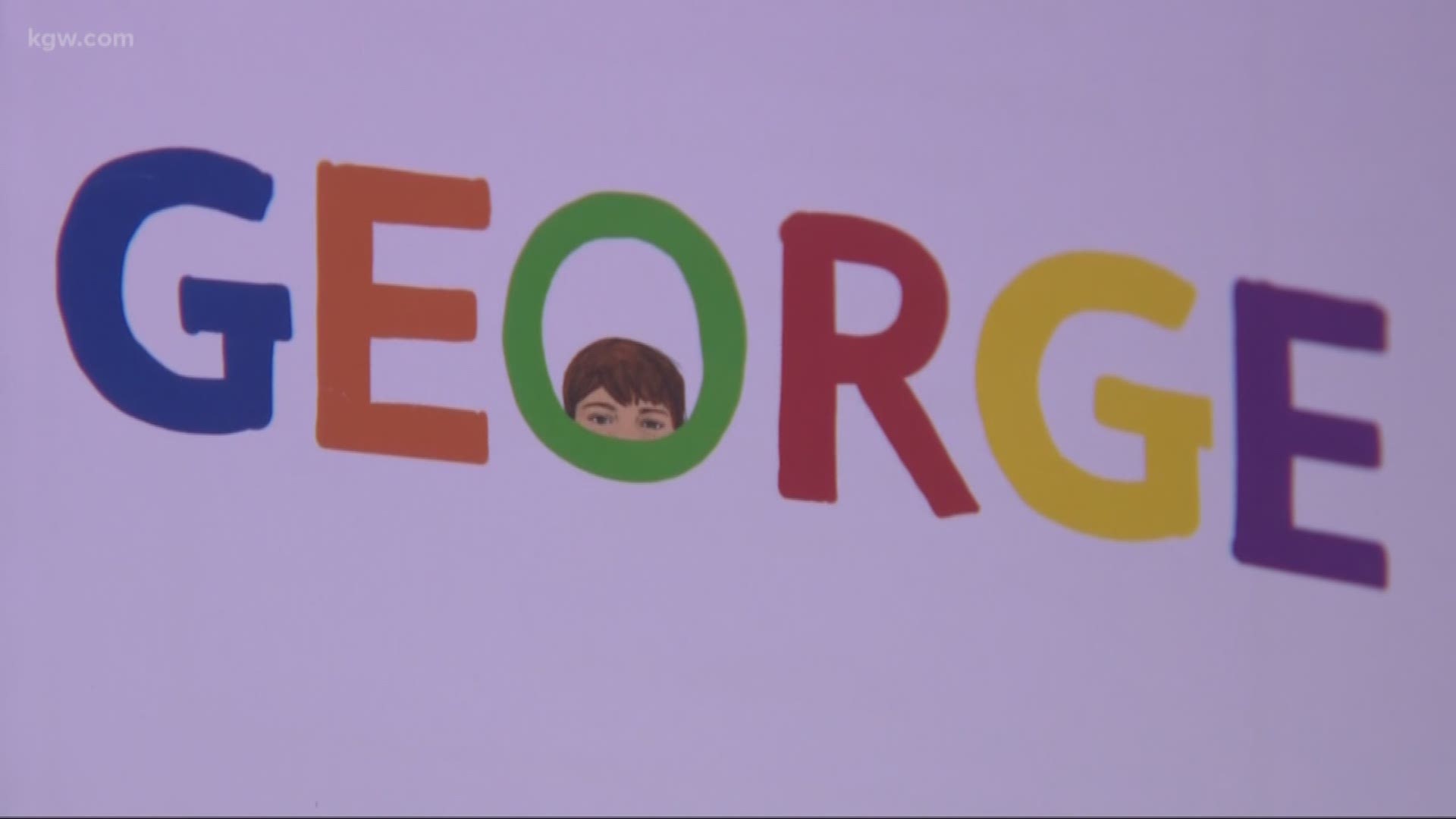 PORTLAND, Ore. — It's a colorful book with a one-name title. But "George" is causing some controversy.

The book, written by Alex Gino, is about a transgender fourth-grade student, and it's one of 16 books on a reading list for Battle of the Books, a statewide reading competition for third through fifth graders.

The well-reviewed book, published in 2015, won the Stonewall Book Award, the Lambda Literary Award, the E.B. White Honor and the Children's Choice Book Award for Debut Author of the Year. It also was named Best Book of the Year by Booklist, The School Library Journal and Kirkus Reviews.

There have been multiple posts and threads about the book on the Battle of the Book's Facebook page, with most of the reaction supporting the inclusion of the book on the list.

Suzanne Gallagher is one of those speaking up against the book. Gallagher is the executive director of Parents Rights in Education, and she said she believes "George" is inappropriate for elementary school readers.

"Children read these things and they take them on as their own," she said. "So as a parent, I would be very concerned about my child reading this book and possibly questioning their own gender because of that. This is serious business."

The transgender story line isn't the only thing making some parents uneasy.

"For incoming third graders that could be as young as 7 years old, that’s really the inappropriate aspect of that book. A lot of them will be curious and then go try to look that word up and we all know what can happen on the internet when you type in that."

Two districts in Oregon have pulled their young students out of the competition over the book — Cascade (in Marion County) and Hermiston. But most, including Portland and Beaverton, have not.

RELATED: School district comes under fire for opting out of Battle of the Books

In the competition, students compete against each other to see who can read the most books. Then they compete as teams against other schools. Competition in the popular program goes all the way to the state level. The competition is voluntary. Kids are not required to read every book on the list.