A Portland police report shows Jason Washington asked to carry his friend's gun before he was shot by Portland State University police. 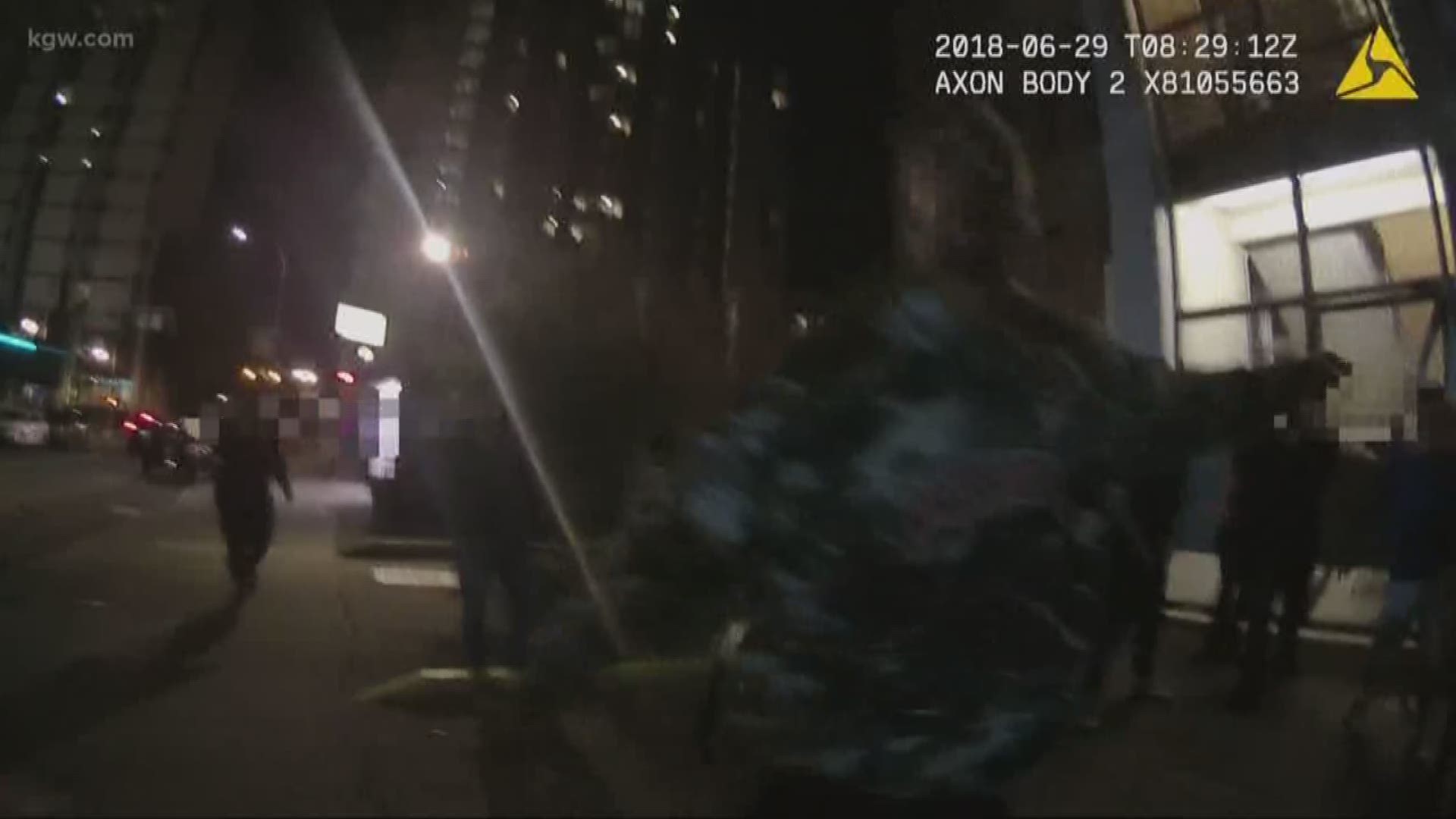 KGW obtained the unedited videos and the reports through a public records requests.

The videos show officers James Dewey and Shawn McKenzie arriving on the scene, near Southwest Broadway and College Street, early in the morning on June 29. The officers encountered a fight on the sidewalk, and a witness can be clearly heard telling them, “he pulled a gun on us,” while pointing at Washington.

According to the police report, the altercation between two groups started inside the Cheerful Tortoise and began to escalate until both groups left the bar.

Watch Officer Dewey’s body cam video (WARNING: The video is graphic and some may find it disturbing)

Watch Officer McKenzie’s body cam video (WARNING: The video is graphic and some may find it disturbing)

The fight continued on the sidewalk with the officers, along with Washington, trying to break it up.

Officer Dewey grabbed Washington by the arm and told him to back up. During the commotion, Washington fell to the ground and the gun he was carrying fell onto the sidewalk.

Washington had a concealed carry permit, but according to the police report, the gun did not belong to him. His friend said he was carrying the gun and Washington told him to hand over the weapon before the altercation started outside. Washington placed the gun and holster on his right hip.

“He’s got a gun,” officer Dewey said after grabbing Washington by the arm.

When Washington picked up the gun, both officers yelled for him to drop it and warned him they would shoot him. Then they opened fire. Both officers fired a combined total of 17 shots, according to the state medical examiner's report. Washington was shot nine times.

The Multnomah County grand jury determined the officers acted in self-defense or in the defense of other people when they shot Washington.

After the grand jury’s decision was announced, Washington’s widow, Michelle Washington, released a statement and said she will pursue other legal options.

“Although my family and I are disappointed the PSU officers will not face criminal charges, we appreciate the hard work of those serving on the grand jury. I will be looking to my attorney, Christopher Larsen, to guide us through the next steps in this process. We want those responsible for the death of my husband to be held accountable. We will always remember and love Jason and know he was needlessly killed while attempting to keep the peace,” she said.

Washington's brother, Andre, said he still wants the officers to be fired and for PSU to disarm its police.

"[Jason] should be the first and only person this tragedy should ever happen to," Andre said. "And I'll be there to fight long after, long after Jason's memory is gone from the media."