Caught on video: A boat sank on the Willamette River after waves overtook it and filled it with water. 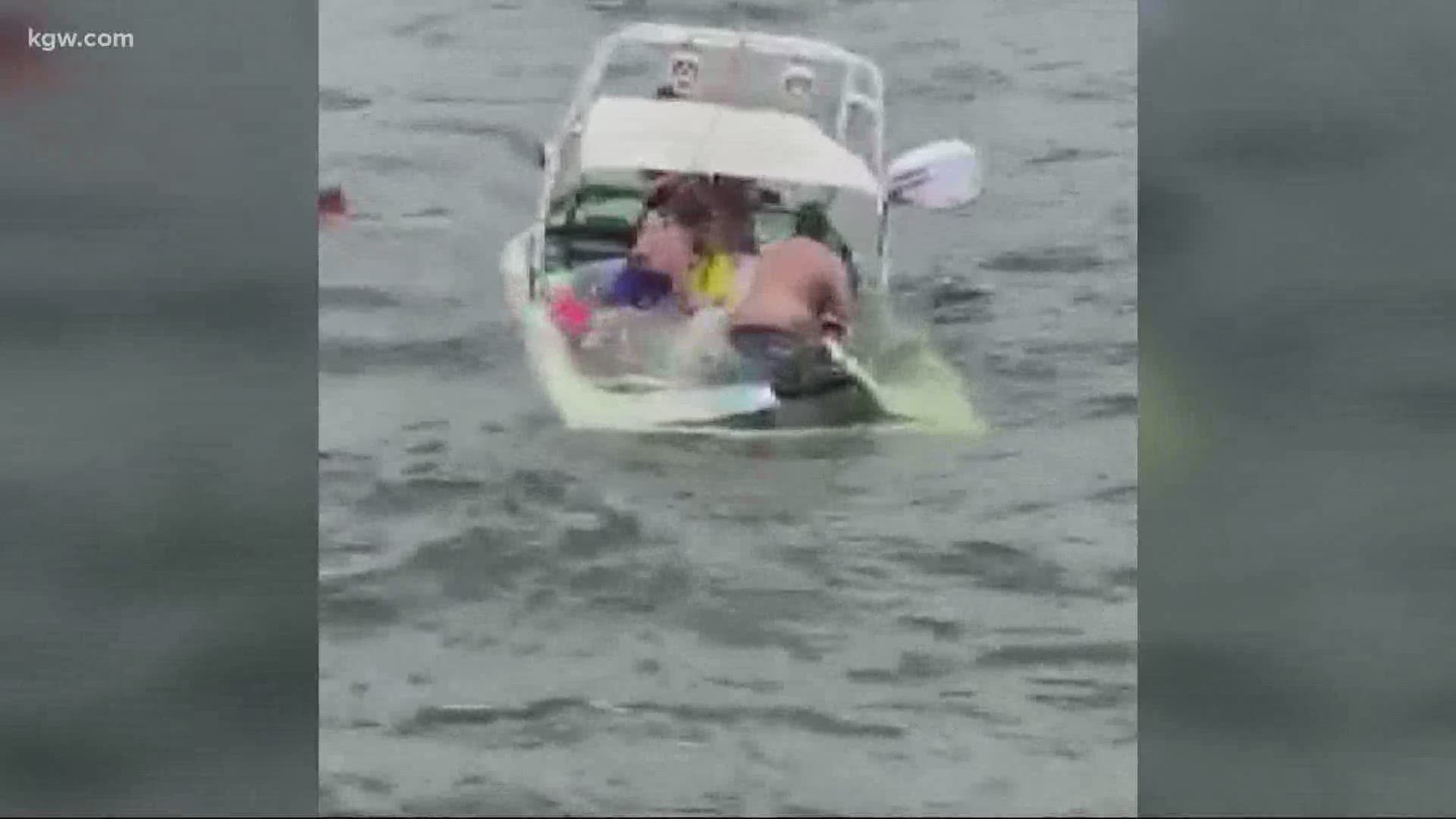 PORTLAND, Ore — Caught on video on Sunday, a boat sank on the Willamette River after waves overtook it and filled it with water.

This all happened on the north side of the Burnside Bridge, according to the woman who shot the video. It shows a family jumping overboard as their boat takes on water. They can be heard calling out for help as they tread in the river.

River patrol deputies from the Multnomah County Sheriff's office responded but they say the group was already picked up by other boaters.

The good news is no one was hurt. The sheriff's office said it seems to be an accident.

This happened while a "Trump boat parade" was taking place. The family wasn't participating. Their boat sank after it took on water generated by waves from the other boats.

Trump boat parade overtakes the Willamette River in Portland, OR and sinks nearby families boat 🤬 pic.twitter.com/RMZbHHFuFW