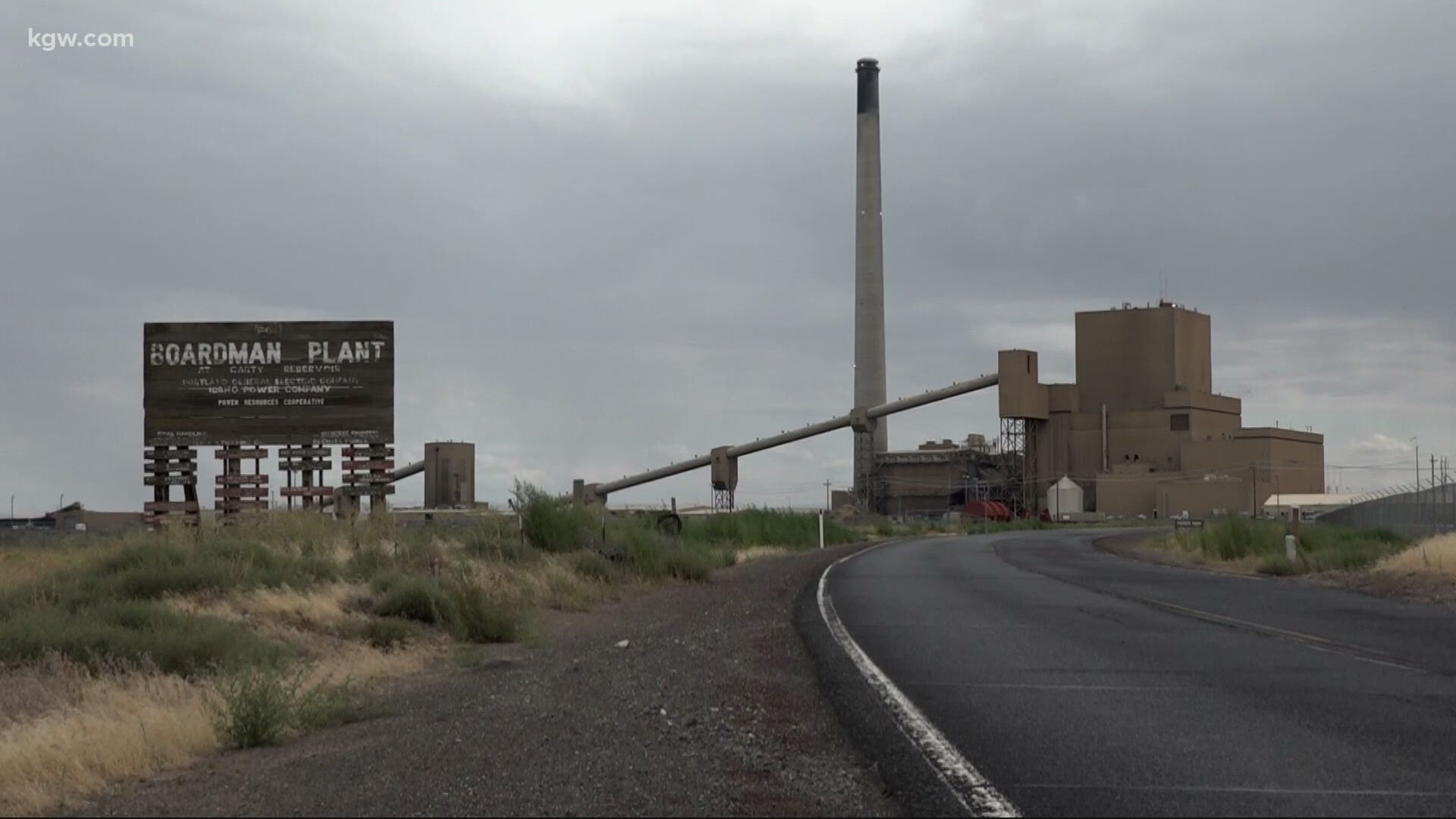 PORTLAND, Ore. — The super hot furnace that burned many tons of coal over 40 years near Boardman, Oregon, is now dark. It was the only place in the state where coal was burned to make electricity.

The owner, Portland General Electric (PGE), shut it down for good Oct. 15.

I visited the plant in October 2019 to talk about the closing, which was on the horizon. One of the workers sorry to see it all come to an end was there at the beginning 42 years ago. Dave Bolz is proud of the work he did and the energy the plant provided.

“Wintertime, summertime, when they really need the power, we’re always running. We’re there. So, it’s been, knowing we’re providing that Portland General Electric for the City of Portland basically, personal pride in that accomplishment,” he said.

Coal plants are dirty for the environment but they are also dependable sources of electricity, much more dependable than wind or solar or hydro sources. Still, major utilities are making the move away from coal, pressured by consumers, lawsuits and cheaper renewable energy.

The Boardman shutdown was no doubt also a sad day for the 110 employees who worked there when it was fully staffed.

“I think for the employees at the plant and many people who worked at the plant over the last 40 years, it's bittersweet,” agreed spokesman Steve Corson.

He points out the utility and its workers knew the end was coming for the past 10 years after PGE agreed to the shutdown as part of an environmental lawsuit with the Sierra Club.

Cesia Kearns battles coal around the Northwest for the Sierra Club and told me last year it’s important to shut down the plant.

“And so, when you think about the entirety of the nation's coal fleet, it’s pretty significant to have the only coal plant that exists in Oregon to be coming offline,” she said.

Visiting the plant, 170 miles east of Portland, you notice the towering smokestack 60 stories tall. You couldn't tell by looking at it but the Boardman coal plant pumped out between 1.5 million and 2 million tons of carbon dioxide a year, all of it invisible. That made it the single biggest point of greenhouse pollution in Oregon.

“Well you might think about a drop in the ocean- the ocean is comprised of drops right?” Kearns replied.

FROM 2019: Oregon's Boardman Coal Plant is set to close next year

A coal plant is comprised of hundreds of tons of coal. Boardman burned a special low sulfur coal to cut down on pollution. The plant went through lots of it, five and a half tons a minute, when it was running full out. Boardman typically had 500,000 tons on the ground waiting to burn. It's nearly all gone now. The coal was brought in using trains 100 cars long from the powder river basin mines in southeast Montana and northeast Wyoming.

Inside the coal plant, machines pulverize it into a fine powder. Then, it is sprayed into the boiler, which is a massive furnace, where it burns and heats water up above. The heated water turns into steam which spins a turbine that turns a generator and makes electricity.

When the plant was running at its base load, which it often did, it created enough power for 500,000 homes each moment that it was running.

Now, that power source is gone.

“It's a big gap to fill. But it is one we are confident we can fill both in terms of the near term, the resources we’ve got lined up now, and over that longer term as well,” said Corson, the PGE spokesman.

The utility will buy extra hydro power over the next five years to replace the lost power-- and is still working on what happens after that.

Boardman is the first but not the last coal plant to close in the West. Over eight years, 12 plants will shut down, taking down enough dependable electricity to power 3.8 million homes.

Instead, power companies will rely on renewable sources -- which will be good for the environment -- but not as dependable. Experts say we will have a one in four chance of blackouts by the year 2026.

In the meantime, Boardman will be cleaned up and then the buildings will be torn down. Eventually, the site will sit ready for another industrial use.

RELATED: Will there be enough electricity after coal plants shut down?