Blue Star Donuts was welcome into the Goose Hollow neighborhood with a line out the door. 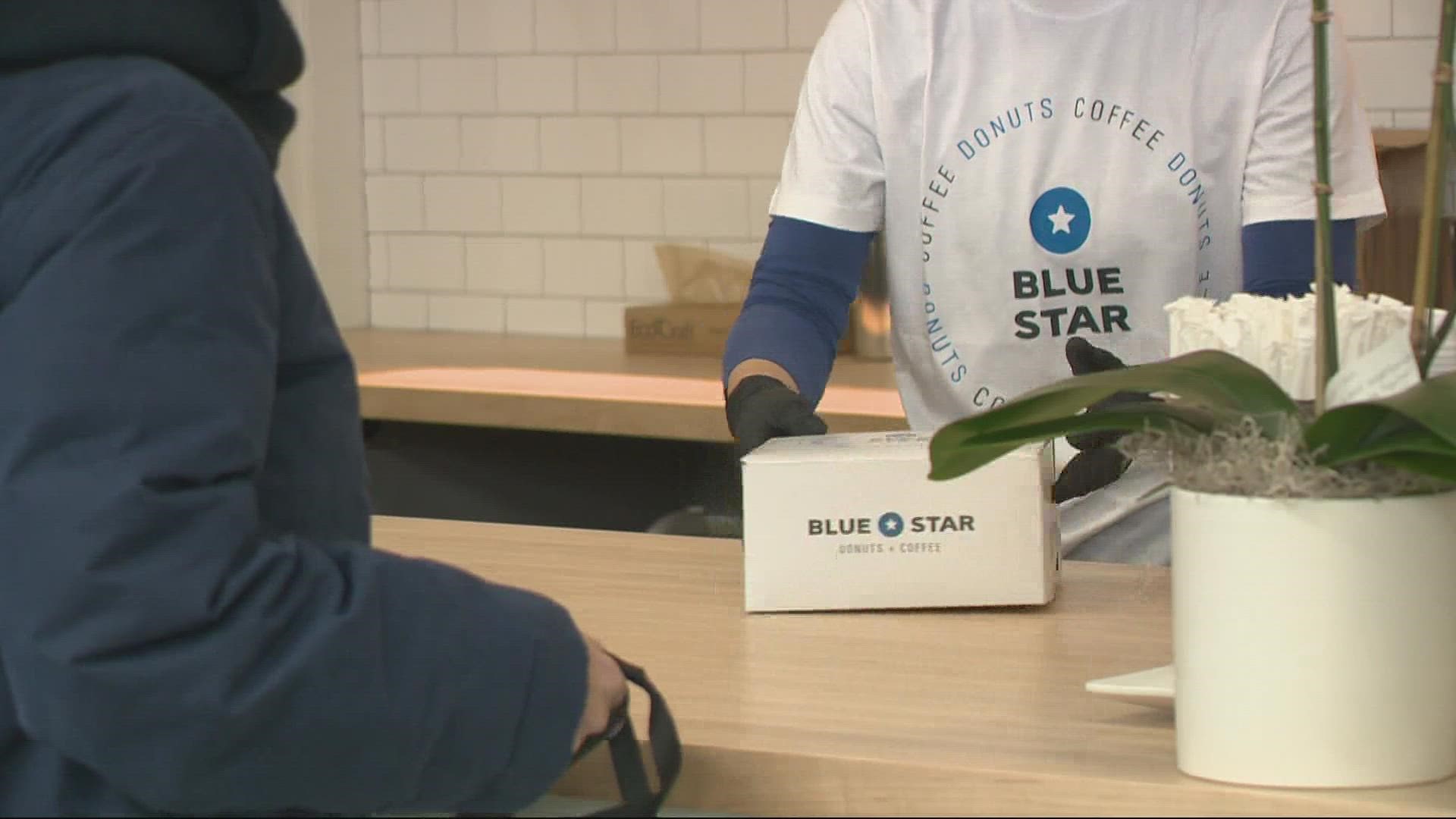 PORTLAND, Ore. — Blue Star Donuts, like many businesses in the pandemic, suffered a significant blow. But on Sunday, it celebrated the grand opening of a new store on SW 17th and Jefferson Street.

The donut chain had nine stores and 100 employees. During the pandemic, it had to declare bankruptcy and reorganize.

Poppe said that the pandemic hit many food-related businesses particularly hard and that Blue Star survived because it found a way to expand its wholesale business.

“So now we’re in the NW, up in Seattle and more than 40 grocery stores and wholesale partners and that’s been a really important line of business for us that we plan to expand throughout the west coast,” said Poppe.

The grand opening and the free donuts being offered attracted a crowd. Kira and Adam Billek follow Blue Star on social media and brought their two sons to the grand opening.

“We live in Portland,” said Billek, “The Laurelhurst neighborhood, follow them on Instagram, eaten their donuts for years. [We are] so excited to see them back here.”

Donuts on Goose Holllow! @BlueStarDonuts is open on SW Jefferson and its fans are happy! They’ve survived the pandemic and are giving out donuts today to say thank you.. as long as the supply lasts and yes I got mine! pic.twitter.com/phSDAK799J

The new Blue Star is located in the former home of the Oregon Culinary Institute, which did not survive the pandemic.

“Some of our current and former staff went to school here so we want to honor that,” said Poppe. But the move has been good for Blue Star, not just at their grand opening, but the response from the neighborhood has been more than positive, according to Poppe.