Earlier this month, someone living in a tent near the I-405 onramp died when a candle lit her tent on fire. 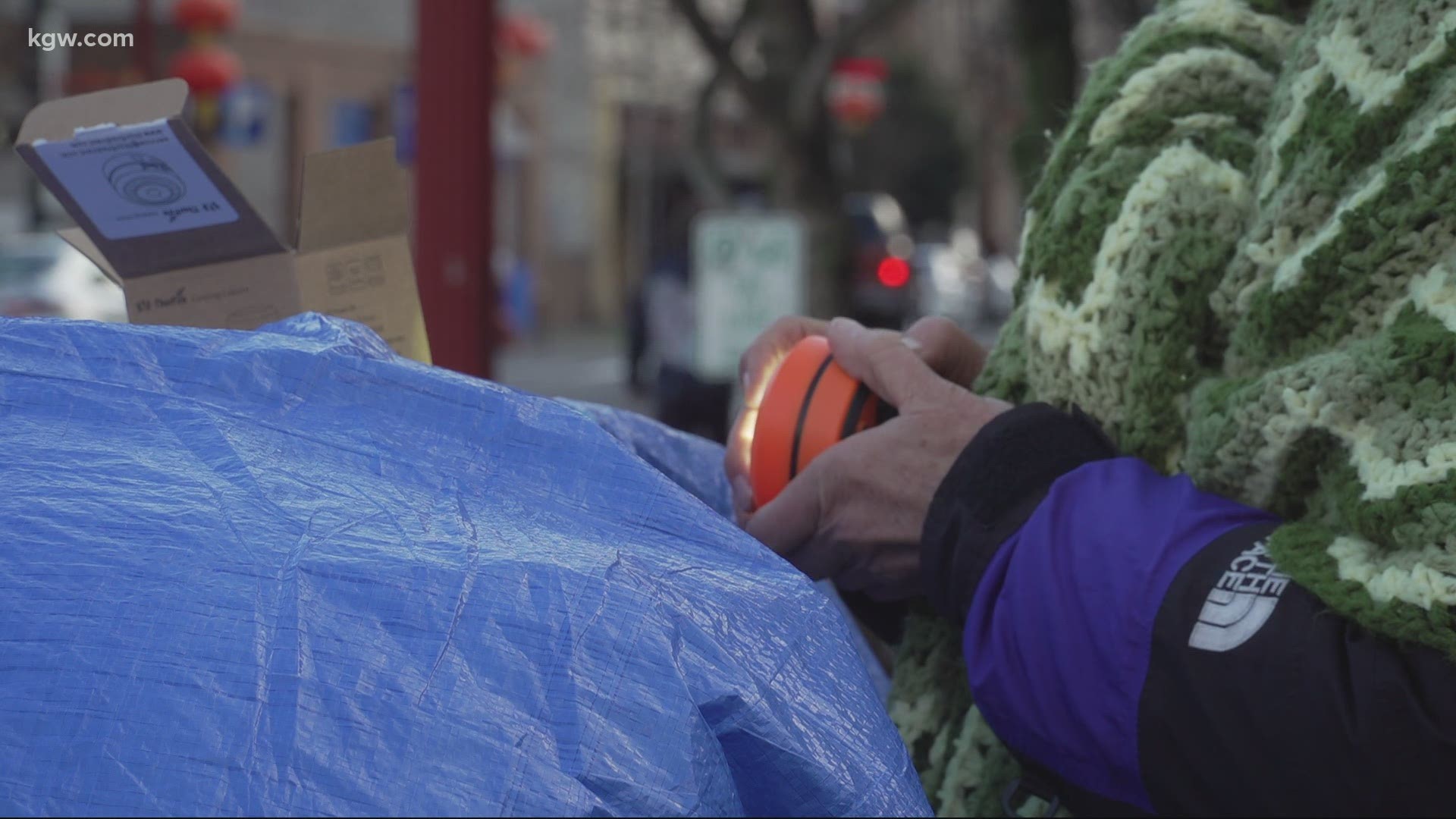 PORTLAND, Oregon — The Blanchet House, a nonprofit organization in Portland, had something extra to hand out to the people they served on Saturday: rechargeable lanterns.

Earlier this month, someone living in a tent near the I-405 onramp died when a candle lit her tent on fire while she and another person were sleeping inside. That tragedy pushed Blanchet House to jump into action and provide some of Portland's houseless with a fire-free alternative.

“In response to that, we're thinking about ways we could make life a little easier for the guests we serve here that do live outside and an idea came up to get lanterns as a source of light so that's what we're handing out today,” said Jon Seibert the volunteer manager for Blanchet House.

The lanterns are charged using a crank on the bottom. They also work as a flashlight and can even charge things like cell phones. It didn't take long for people to support the idea.

“The response was quick the response was very generous," said Seibert.  "We're really excited about it we're hoping at some point we can make an ask for a miniature portable heater as well that would be used with something like this”.