Dominique DeWeese said he needed gas for his lawnmower and recorded the attendant's refusal to sell it to him. He's seeking $350,000 for racial discrimination. 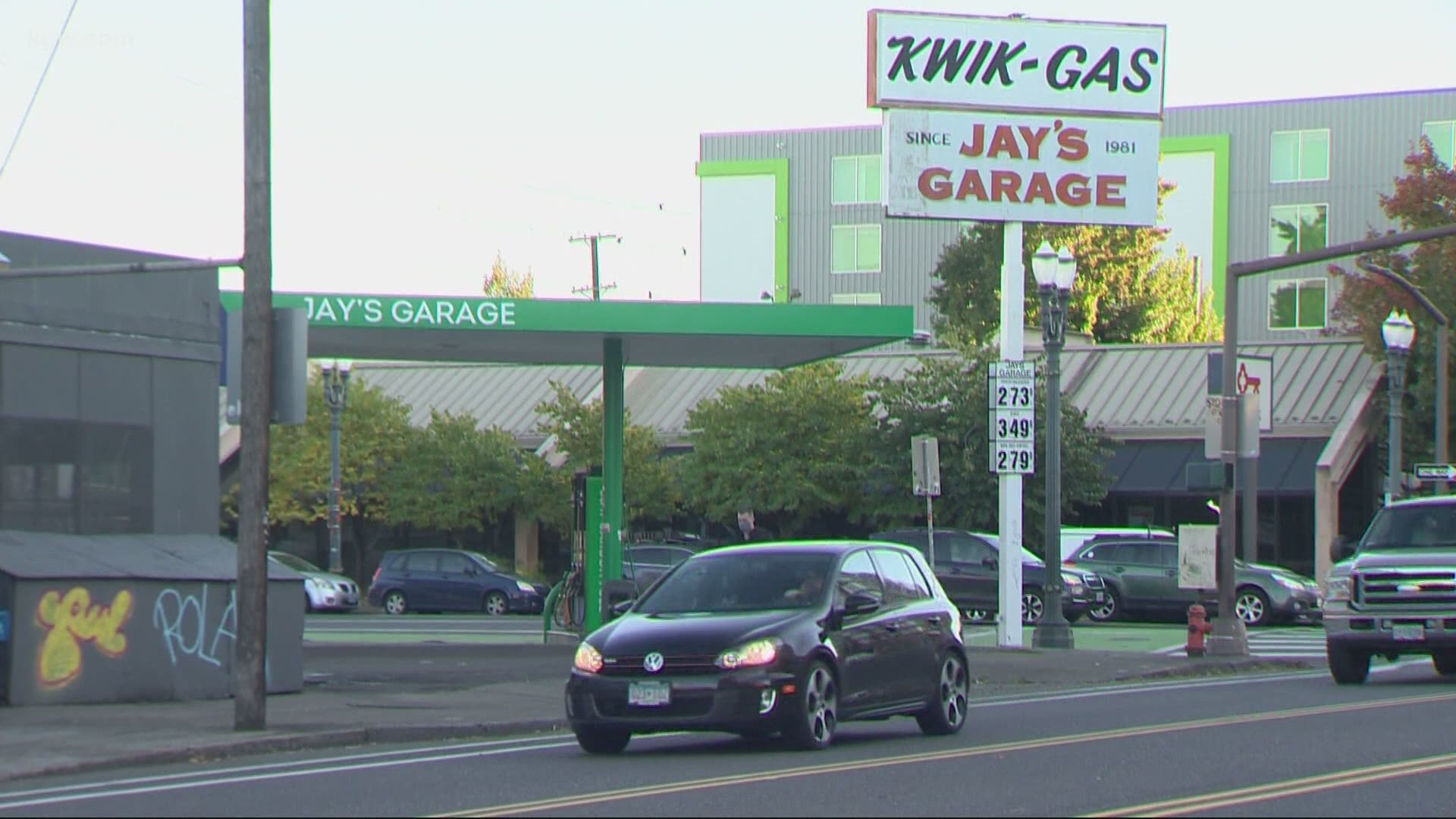 PORTLAND, Ore. — The Buckman Neighborhood in SE Portland is home for Dominique DeWeese and his family. So on July 28, when he needed some gas for yard projects, he walked over to Jay's Garage on Southeast 7th and Morrison. He had an empty gas can and no idea what would happen next.

“I asked for gas and the gentleman just looked at me and he told me, ‘No,’” said DeWeese. “He asked if I was a Black Lives protester, rioter, kinda smirked and said, ‘I'm not giving you any gas.' He wouldn't give me any gas based on the color of my skin and him thinking I was going to do some rioting or something.”

DeWeese pulled out his cell phone and started recording. The attendant, who is white, suggested DeWeese, who is Black, try a different gas station.

“You're not explaining why you're refusing to sell me gasoline,” said DeWeese in the video he recorded.

“You don't watch the news?” replied the attendant.

“No, I don't watch the news,” replied DeWeese.

“Well, there are dumpster fires. They get a can of gasoline and they start the fire,” said the attendant.

“So are you picking and choosing who to sell gasoline to?” asked DeWeese.

In the same video, DeWeese explained his reasons for wanting to purchase gasoline.

The attendant is heard on the video telling DeWeese he would sell him gas if he could put it directly into a car or lawnmower, but not into a gas can.

“I'm just doing my part to keep down the fires in town,” said the attendant.

Eventually, DeWeese left, with a pit in his stomach.

“Terrible, terrible,” said DeWeese. “I live in the Buckman neighborhood I walk with my daughters every day. For me to have to explain to them why things like this happen is very difficult. It never feels good.”

“It happens so frequently that we almost become used to it, like it's normalized,” said DeWeese. “It's not ok.”

Reached by phone, the owner of Jay's Garage, Miles Dewhitt, told KGW he fired the attendant in the video that same day after seeing DeWeese's video on social media.

"What happened is against company policy," said Dewhitt. "We serve everyone. I feel bad it happened to the guy. It's not the way we are."

DeWeese's case is one of four lawsuits filed by Kafoury & McDougal law firm on behalf of clients who said they were discriminated against for "Shopping While Black." Each case alleges that Black customers were denied service by white employees based on the color of their skin.

“I don't think white people in our community understand what it's like to be African American and the discrimination they face day in and day out,” said attorney, Jason Kafoury. “Part of doing these lawsuits is to highlight what the average experience for a Black person in our community, is. That's why we're doing this case.”

In a second lawsuit filed by Kafoury & McDougal, three Black women, Marquita Corley, Terra Hartley and Ramona Austin claim they were denied service by a Walmart employee at the Wood Village location on June 23. The suit claims the employee told them she couldn't help them because there were more than four people in line, though they were the only people in line. Each woman is seeking $200,000 in damages.

Walmart company spokesperson Randy Hargrove responded to the allegations. “We don’t tolerate discrimination and we take allegations like this seriously," said Hargrove. "Walmart is committed to providing an inclusive shopping experience for all of our customers. We will respond with the Court as appropriate after we are served with the Complaint.”

A third lawsuit claims Rose Wakefield, who is Black, was denied service by an employee at the Jacksons Food Stores Gas Station on Town Center Drive in Beaverton on March 12. The lawsuit claims after denying Wakefield service, the employee served several white drivers who arrived after her. It also claims the employee later told her, “I don’t serve Blacks.” Wakefield is seeking $300,000 in damages. When reached for comment, no one at the station was available to discuss the lawsuit.

A fourth lawsuit claims that on April 26, Benita Presley, who is Black, was surrounded by three employees at the Safeway store on NW 13th and Lovejoy in Portland. The suit claims the employees falsely accused Presley of having stolen items in her purse, refused her request for them to look inside her purse, and instead forced her to empty her purse onto the floor. She’s seeking $350,000 in damages for suffering anger, humiliation and anxiety among other things. Reached for comment, a Safeway manager was unaware of the lawsuit and said corporate policy prohibits discussing pending litigation.

As for DeWeese, he said his own experiences of discrimination have left a lasting impression on him and led to uneasy feelings that surface every day.