Protesters broke a window and threw paint at Ryan's home, angry over the outcome of a Portland Police Bureau budget vote. 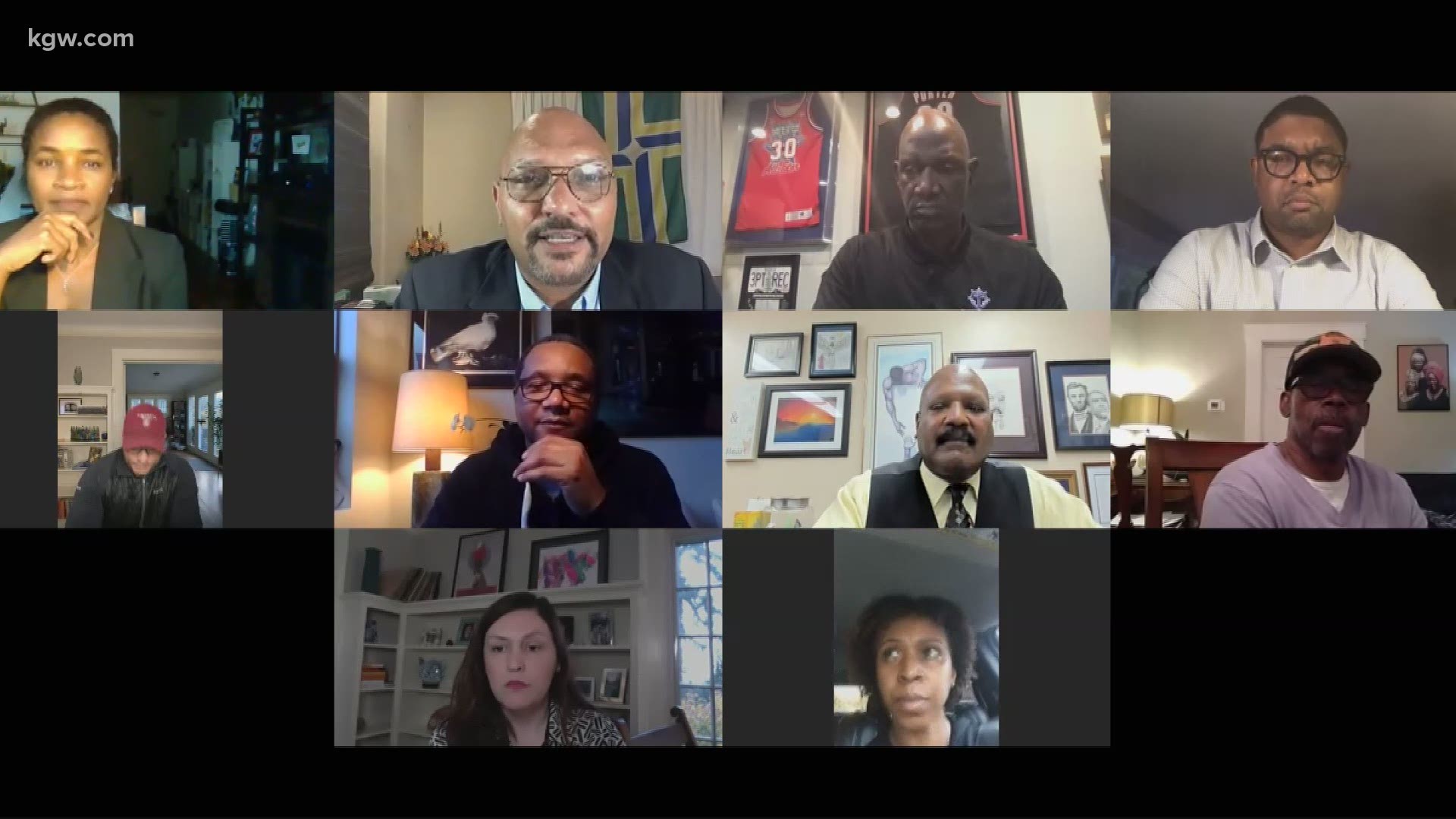 Mapps was joined via Zoom by around two dozen local Black leaders who also offered their support. They included church and business leaders, and even former Portland Trail Blazers and current University of Portland basketball coach Terry Porter.

“Commissioner Ryan has gone through some very scary stuff and wounds like this take time to heal,” said Mapps. “We're issuing a challenge to every Portlander and that is to reject hate and violence.”

On Thursday night, protesters went to Ryan’s home. There, they smashed a window, broke potted plants, threw paint on his house and lit flares in his driveway. Earlier on Thursday, Ryan, Commissioner Amanda Fritz and Mayor Ted Wheeler all voted against a proposal to cut $18 million from the Portland Police Bureau. The proposal failed. Many considered Ryan—who's new to the council—the swing vote. Police said protesters had visited Ryan's home four times in the same week.

"When we disagree, we've got to learn how to disagree without falling out,” said Pastor J.W. Matt Hennessee.

He condemned the criminal attacks against Ryan as retaliation and intimidation, devoid of civility and love. He also had a message for those responsible.

Commissioner Ryan wasn't home during Thursday's attack but he saw the damage the next morning. He spoke with KGW’s Laural Porter about what it's been like.

“It's been difficult to look at it,” said Ryan. “I think it says very little about the big picture of Portland and it says a lot about a small group of people that are taking it upon themselves to ignite more stress during a very, very difficult time.”

RELATED: Commissioner Dan Ryan responds after protesters vandalize his home: 'We need common sense to take over and take our city back'

The group Ryan referenced, as well as their actions, have weighed heavily on the Black leaders who gathered on Friday. They’re frustrated over continued destruction.

On Wednesday night, a riot was declared when protesters smashed windows downtown—some of the few that weren't already boarded up. Ron Herndon, director of Albina Head Start, is tired of it.

“We have primarily white people committing crimes and saying they're doing it under the banner of Black Lives Matter,” said Herndon. “This criminal activity has nothing to do with Black people… My feeling is these actions should be prosecuted to the fullest extent of the law.”

Instead of breaking the law, Hennessee suggested it would be good if those behind the violence would be willing to talk.

“Let us have a conversation,” Hennessee said. “Let us understand where you are and where we are.”

In the meantime, Mapps said he’s there for Ryan and anyone else who's been intimidated or bullied during an already difficult time.

“There is only one vaccine against hate," said Mapps. “And that is love.”