Oregon Black filmmaker discusses growing up in a white suburb 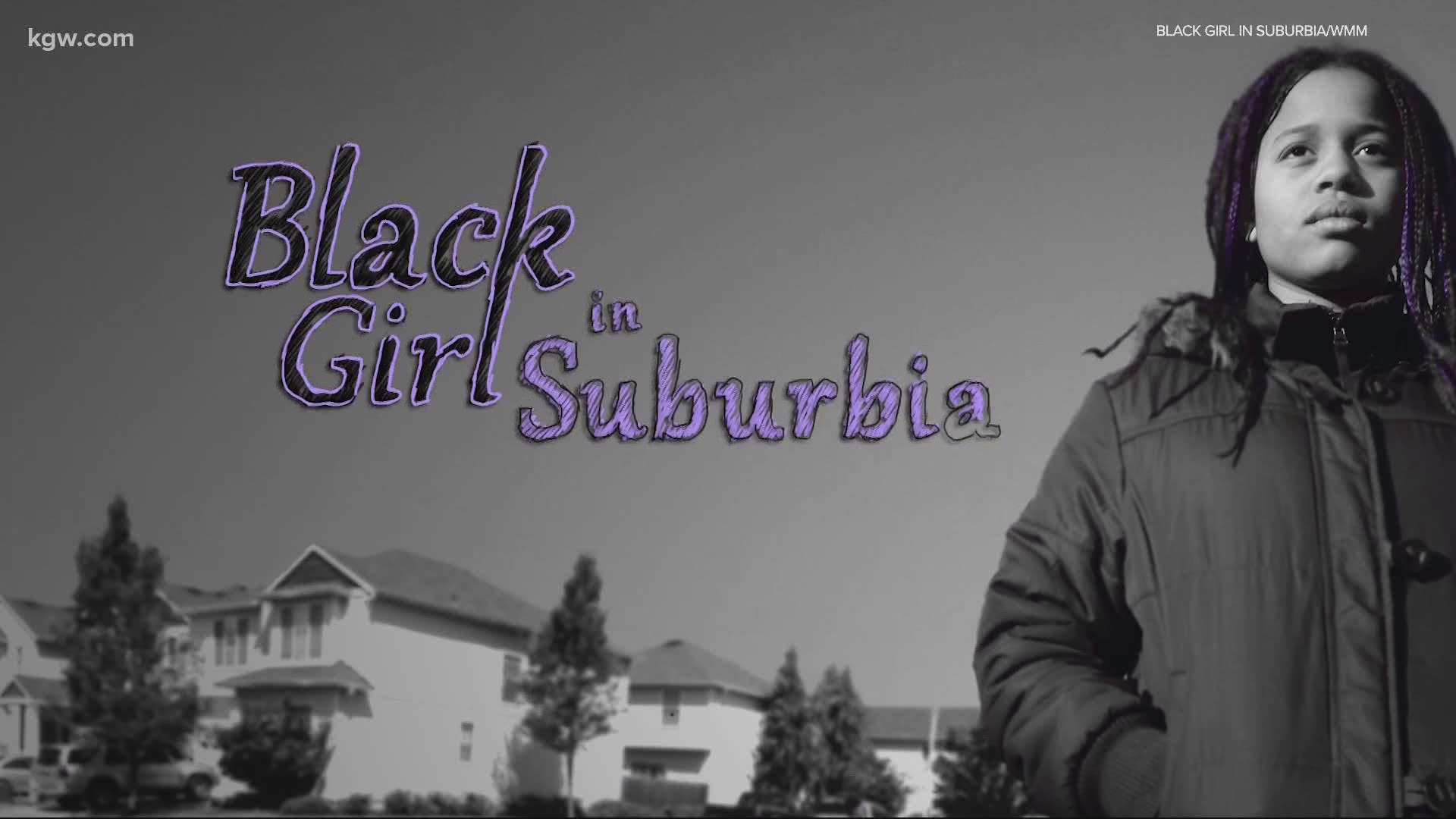 PORTLAND, Ore. — The population in the state of Oregon is almost 87% white and only 2.2% Black according to the U.S. Census Bureau.

Lowery's own experience of growing up in West Linn, Oregon was the focus of her 2015 film, "Black Girl in Suburbia." A look at what growing up in a predominately white suburb is like for a Black person.

In the film, she's on camera talking about an experience she had in the third grade that made her realize her skin color was an issue for some.

"A little boy would not take a drink of water out of the water fountain after I had just gotten a drink because he thought my color was going to rub off on him and he was going to turn the same color I was," she said.

Over 20 years later, her own daughter came to her upset because a classmate wanted to know why her hair was different than all the rest of the students. That conversation sparked the beginning of the making of the film.

Over the course of five years, Lowery raised money to tell a story about what she experienced through her words and the eyes of others living in similar situations.

"I needed my kids to know they weren't by themselves," Lowery said.

The women in the film detail their own experiences about growing up Black in mostly white communities, discussions about stereotypes such as what some people think a Black person eats or drinks or what their hair feels like or even topics of singling out a single Black student in class as not to offend them.

Lowery has shown the film at schools across the country and she said the first question she's asked is, "'How do I, as a white teacher, make that student more comfortable when we're talking about race.' My answer id it shouldn't just be focused on that student. You're educating an entire class, that needs to hear, that needs to be part of this conversation and also needs to learn about what you're trying to teach."

As far as making it comfortable, Lowery said that's not going to happen. Talking about race, just like other subjects, can be uncomfortable.

"So we need to teach our kids that it's OK to sit in the uncomfortable and not try to wiggle out of it," Lowery said.

Lowery encourages others to reach out to someone else and hear their stories of racism or racial bias.

"If you are a person that sees the world as 'It's not that bad,' I would ask and really encourage you to step outside your comfort zone and to find folks who are really dealing, who are on the other end of the not-so-bad," she said.

Click here to learn more about "Black Girl in Suburbia."

WATCH: What it's like to be a Black officer policing Portland protests