Kamelah Adams has received a number of racially-charged letters dating back to the summer. 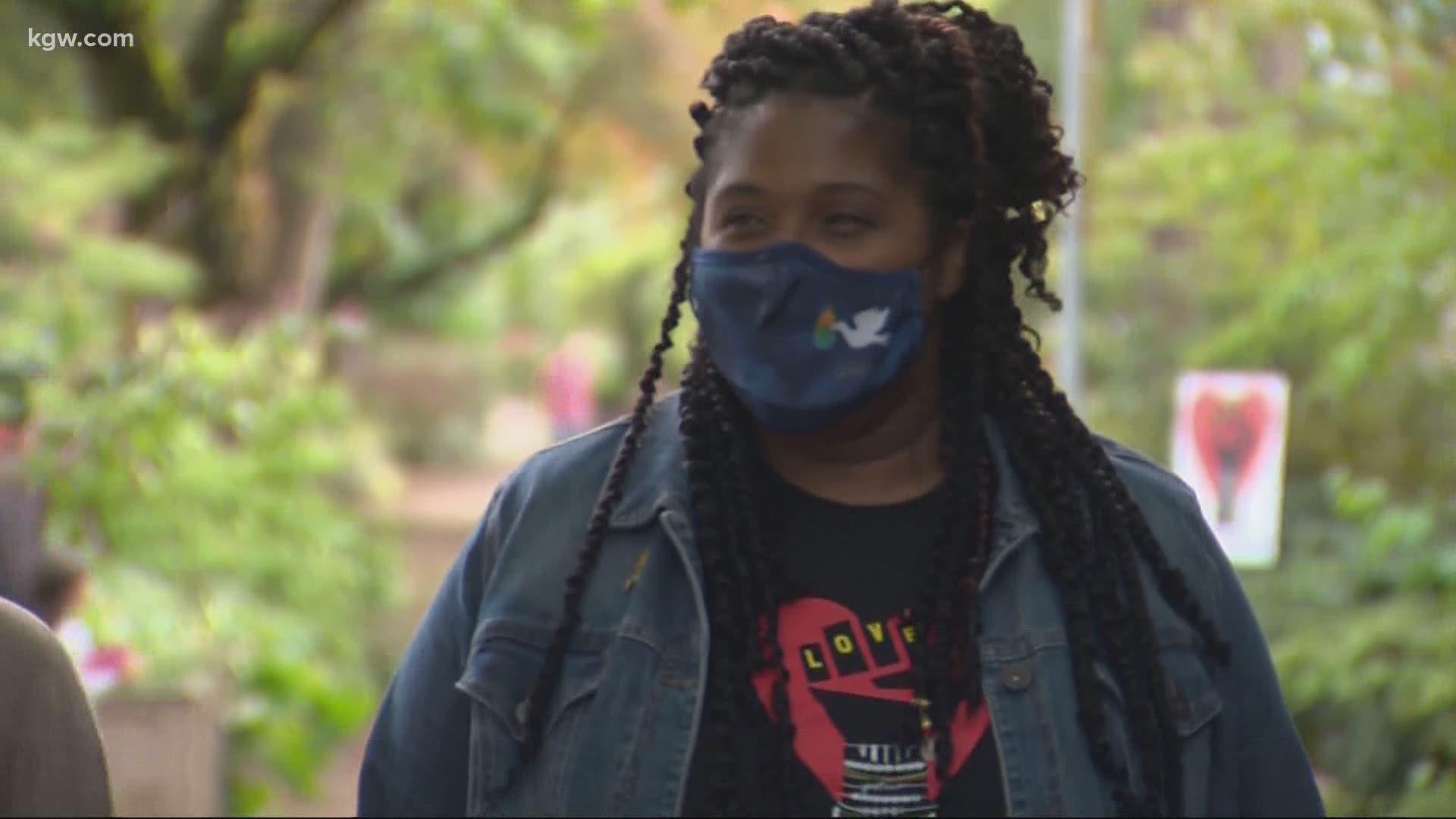 PORTLAND, Ore. — Kamelah Adams cannot go anywhere these days without looking over her shoulder. Just this week the Portland activist opened her mailbox and found two pieces of hate mail. The letters were laced with one racial slur after another. There was even a kill list with the names of a half dozen Black activists. Adams and her daughter were at the top.

"I grew up in Portland," Adams said. "I love Portland but I feel uneasy and I don't feel safe walking or jogging."

If Adams' name sounds familiar, it is because this is not the first time KGW has reported on what has arrived in her mailbox. Over the summer, she got her first hate-filled letter. The sender threatened to kill both her and her daughter with an AR-15.

Candace Avalos, who recently ran for Portland City Council, is among the other Black activists to receive hate mail. Avalos says two racially-charged letters came to her home in November.

One included a kill list with 20 names. The sender said they would kill more Black people than Dylann Roof, who is convicted of killing nine worshipers at an African American church in South Carolina.

"I'm doing my best to keep my composure because I don't want my communities to feel scared too. But I still have to process these emotions myself and really be concerned for my personal safety," Avalos said.

As unsettling as this whole thing has been, Avalos pledges to continue advocating for change.

"You may be able to shake me a little but you definitely can't break me," she said.

The same goes for Adams, who started a 'Love Over Hate' campaign after receiving her first piece of hate mail months ago.

"We have to keep using our voice," she said. "I want to say to the community, too, to start building positive relationships with people of color and people you don't know."

Adams and Avalos believe the same person is behind all of the letters. The Portland Police Bureau is aware of the letters and investigating.