Biologists believe fish swam into the area to forage for food, but because the lake is fed by the Columbia River and influenced by the tide, the fish got stuck in just a few inches of water when the tide went down. 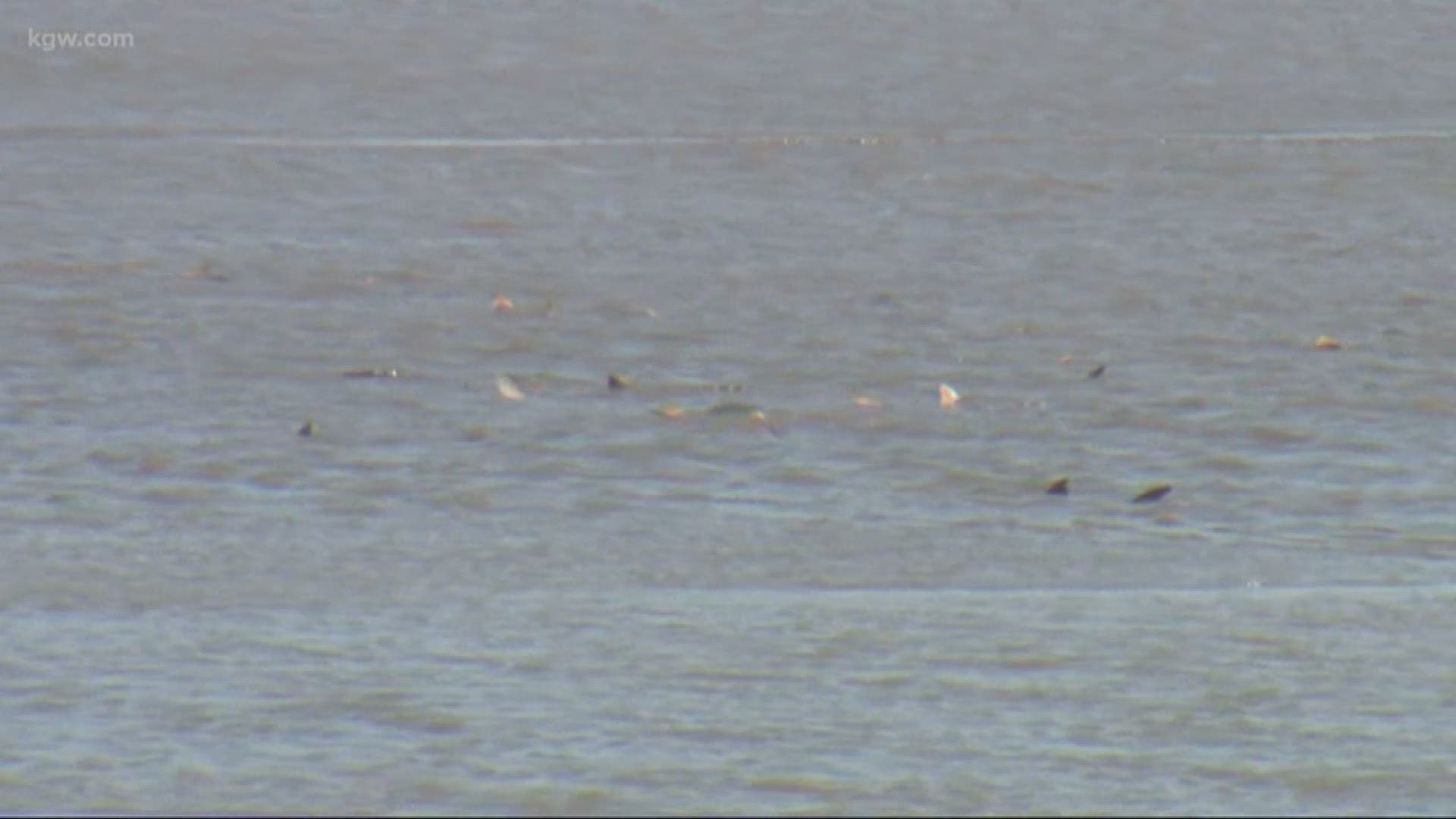 PORTLAND, Ore. — Oregon wildlife biologists are trying to save about a hundred sturgeon stranded in mere inches of water in Sturgeon Lake on Sauvie Island.

A nearby farmer alerted the agency of the problem Saturday. Josh Enyart, who has lived near the lake for decades, said he had never seen anything like that before.

On Saturday he flew his drone over the area to capture the sturgeon's plight.

Biologists believe fish swam into the area to forage for food, but because the lake is fed by the Columbia River and influenced by the tide, the fish got stuck in just a few inches of water when the tide went down.

On Monday, biologists with the Oregon Department of Fish and Wildlife brought in equipment to pump water from a nearby canal into the shallow area to help the stranded sturgeon survive.

"Obviously you can’t fill the lake... we can't gain an extra level of water with this set up, but we believe we are giving them the benefit of added oxygen in the water to allow them to survive a little longer until the tide water comes up," explained Tom Murtagh, district fish biologist for ODFW.

They also noticed that the fish had actually been able to dig themselves a small pool in the shallow lake to get an extra few inches of water.

"They've actually created a refuge for themselves for the low water periods," Murtagh said.

Enyart hopes the extra help will give the fish the boost they need to swim out.

"I'd like to see them all get out of here for sure," he said. "That's quite a bit of sturgeon breeding stock."

Biologists believe a lot of the fish have been making it out of the shallow area during high tides.

On Saturday, biologists estimated there was about 500 fish stranded. By Monday that estimate was down to no more than a hundred.

As for why the lake is so low this year? It comes down to the recent cold weather. Normally this time of year the lake is much higher because of mountain snow melt. But, it was so cold for so long this season that there hasn't been nearly as much snow melt.