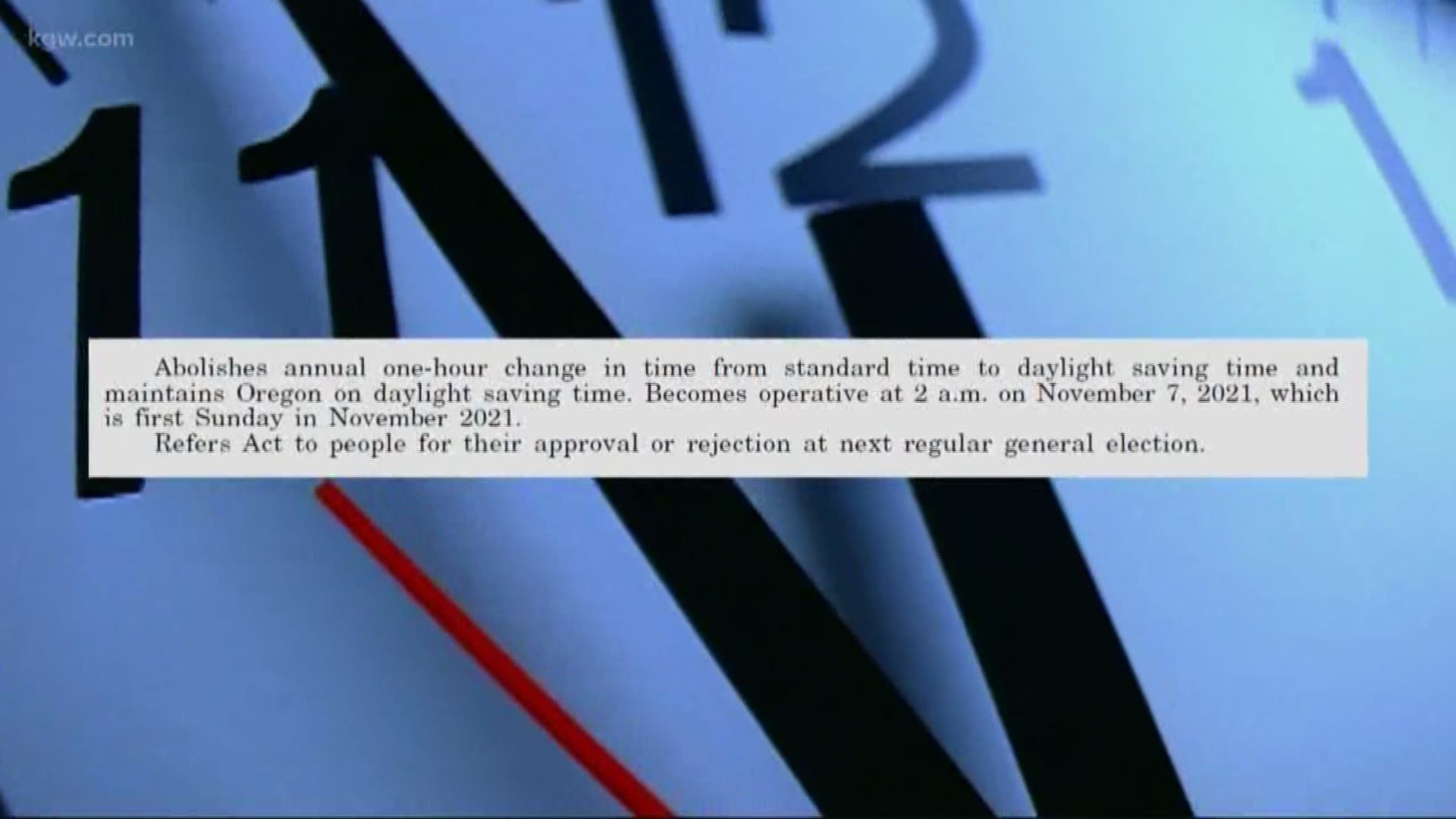 SALEM, Ore. — A bill that would keep daylight saving time permanent in Oregon is scheduled for a public hearing and work session just days after this year's actual time change on March 10.

Senate Bill 320 if passed would be put to a statewide vote in the 2020 general election.

The bill is on the docket for the March 12 meeting of the Senate Committee on Business and General Government at 8:30 a.m.

Washington is considering a similar measure.

Any change to daylight saving time must also be approved by Congress, which controls time borders as specified in the Uniform Time Act of 1966.

Before you decide you would love daylight saving time all year, think about this.

KGW meteorologist Rod Hill says that on daylight saving time, sunrise on the winter solstice around December 20 would not be until about 8:50 with sunset coming quickly at about 5:30.

Hill prefers the way we have it now, switching twice a year. This year, it falls on March 10.

Doctor Michael Lefor, a pulmonologist at the Oregon Clinic has the following observations and suggestions.

Think of daylight savings time as forced jet lag going east. Our internal clocks will still think another hour of sleep is needed, he said.

Not only will our sleep rhythms will be off, but so will hormones that prescribe when we are used to eating.

Both time changes affect us, Dr. Lefor says, but these possible complications are worse in spring.