Tents, bikes, tables, and trash are taking up most of the path. The City of Portland said Tuesday that crews will clean up the path on Wednesday morning. 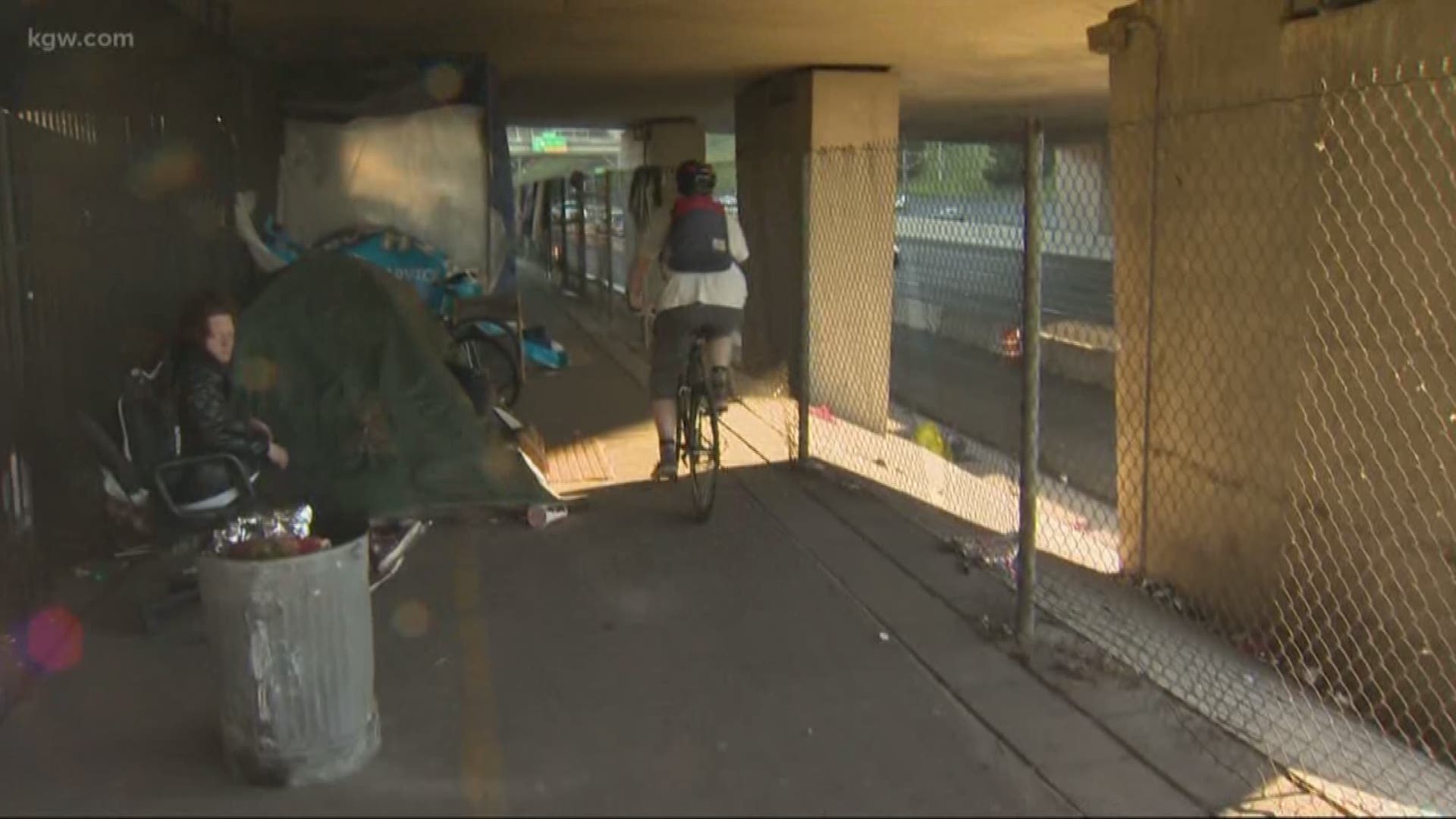 PORTLAND, Ore. — Bicyclists are frustrated over the mess that appears to be out of control along the I-205 multi-use path.

Many said the path is harder and harder to use because of all the trash and homeless tents spread out on it. Some said they do not feel safe going through there anymore.

On Tuesday afternoon, the city of Portland said crews would be out Wednesday morning at 11 a.m. to clean up the path.

Jonathan Maus from Bike Portland shot video of the mess along the I-205 multi-use path under Sandy Boulevard.

“It's a lot worse than I've ever seen in the past,” Maus said.

It is so bad, there is barely enough room for anyone to get through. Tents, bikes, tables, and trash are taking up most of the path.

“Then there was stuff hanging from the fencing, so I actually had to duck to avoid getting hit by a bike frame and I got through there and caught up to two bikers who were ahead of me and they said the same thing,” explained cyclist Roberta Cobb.

Cobb loves to bike, but said she will no longer use the I-205 path.

"It’s too sketchy with too many people with their tents on the path and that's not fair,” Cobb said. “That's not fair to us as homeowners and tax payers."

When a KGW crew was on the path Monday, they witnessed several people using drugs and yelling profanities. Our crew did not feel very safe either.

The city of Portland is responsible for cleaning it up. Heather Hafer with the Office of Management and Finance said the city is very aware of the issue and has already cleaned it up on multiple occasions.

“This is one of our problem areas,” Hafer explained.

The city said every time crews clean it, more trash piles up within days.

“If we were to go out tonight and clean that site and clean it completely up, in two days it would look the same,” Hafer said.

Hafer said the city gets 500 to 750 reports of illegal campsites a week, so she said they are doing the best they can. She also said each cleanup costs roughly $600, so it is also not a cheap process. Many though think it should never get to this point.

“They need to get out there more,” Maus said. “If it takes more money or more time, that's what they need to do. Maybe they need to go knock on ODOT’s door and work out a different kind of agreement."

An illegal camping notice was posted Monday morning, so city crews are planning to clean up the I-205 path again in the next few days.