The crash, which occurred around 5:30 p.m., was not related to Saturday's large demonstration between dueling protesters, police said. 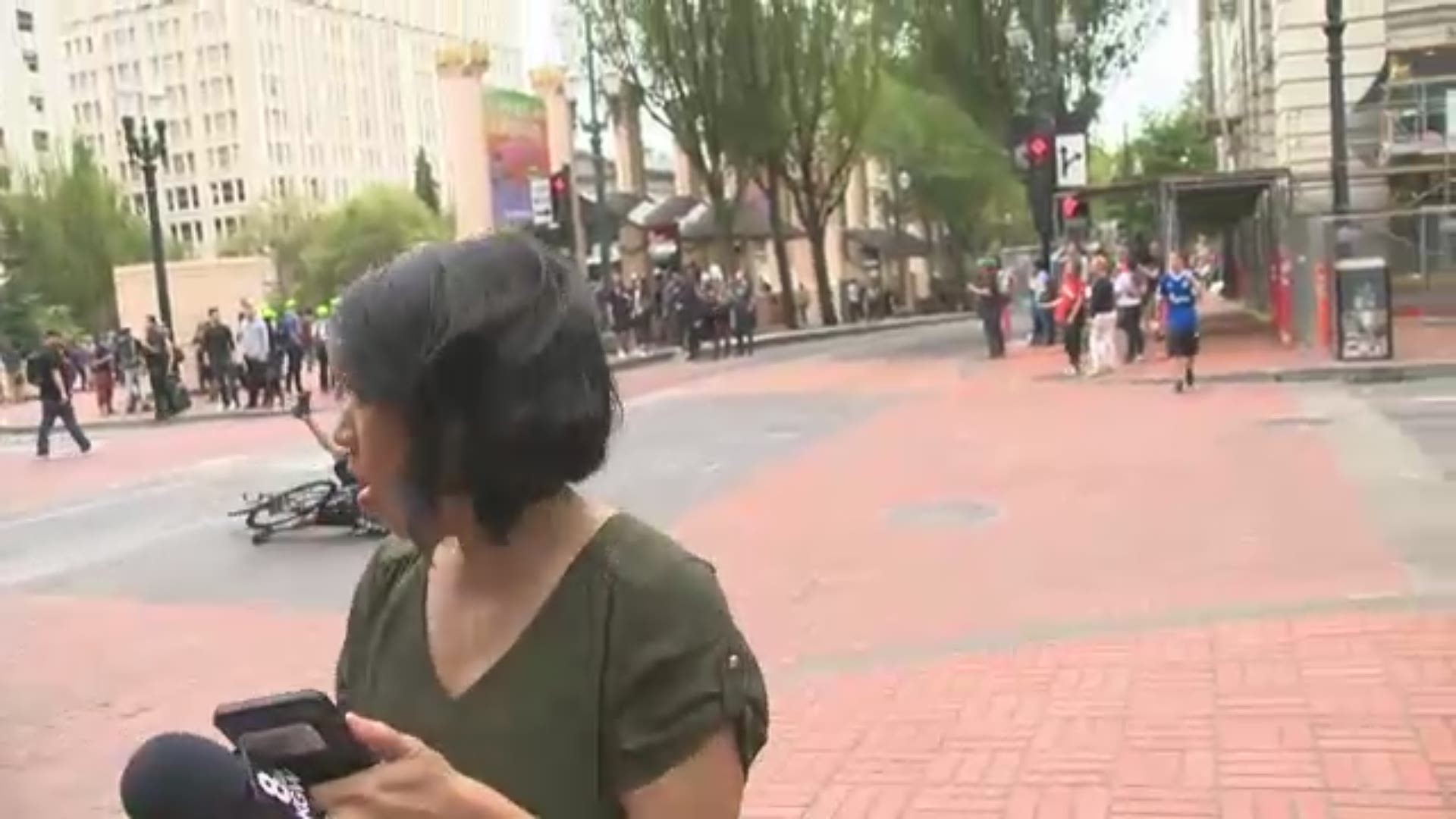 PORTLAND, Oregon — A bicyclist was injured and an e-scooter rider cited following a collision in downtown Portland on Saturday.

The crash, which occurred around 5:30 p.m., was not related to a large demonstration that day between dueling protesters, police said. Some of the protesters were still in the area at the time of the collision at Southwest Broadway and Yamhill Street.

The video shows (warning: profanity) a westbound e-scooter rider traveling the wrong way on Yamhill Street. The rider runs a red light and strikes the bicyclist who started going into the intersection southbound on Broadway.

Police said embedded paramedics provided help to the bicyclist, who was taken to a hospital with non-life threatening injuries.

The scooter rider was cited for unlawful operation of a motor assisted scooter, a class D traffic violation.