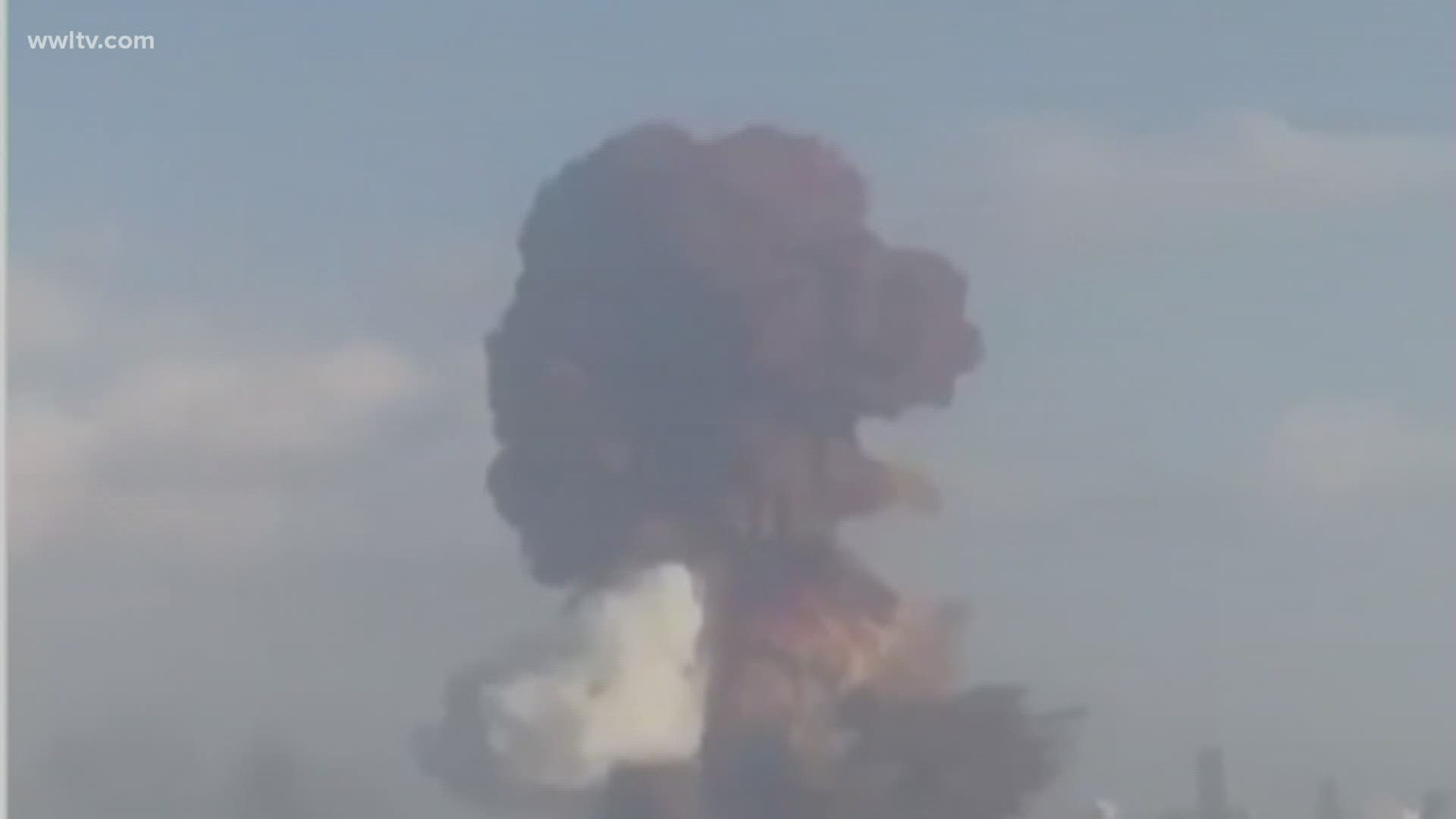 NEW ORLEANS — Explosions rocked the city of Beirut Tuesday, flattening the port, damaging building and sending a mushroom cloud into the sky.

As of Tuesday night, there are at least 78 people dead and thousands more injured. Those numbers are expected to go up.

“These are real people whose lives – in a matter of seconds – are now changed,” De. James Moises said.

Moises is a third-generation Lebanese American who runs Bizou Wines here in New Orleans. He goes back to Lebanon several times a year to see friends, family and do business.

As soon as he heard the news, his heart stopped.

"I called my friends and colleagues in Beirut as soon as I learned about the explosion -- and they were devastated,” Moises said. “They described it as an apocalyptic-like explosion."

The blast could be heard and felt as far as 180 miles away. Scientists say it had the same force as a 3.5 magnitude earthquake.

RELATED: Trump said Beirut blast could be 'a bomb of some kind'

Lebanese officials said the blast might have been caused by more than 2,000 tons of ammonium nitrate confiscated from a ship some time ago and stored at the port.

Moises has been able to check on most of his friends and colleagues. He is worried for the ones he hasn’t heard back from, and for the city and country is he feel so close to despite being so far away.

There are some reports that this could be an attack, but that has yet to be confirmed.