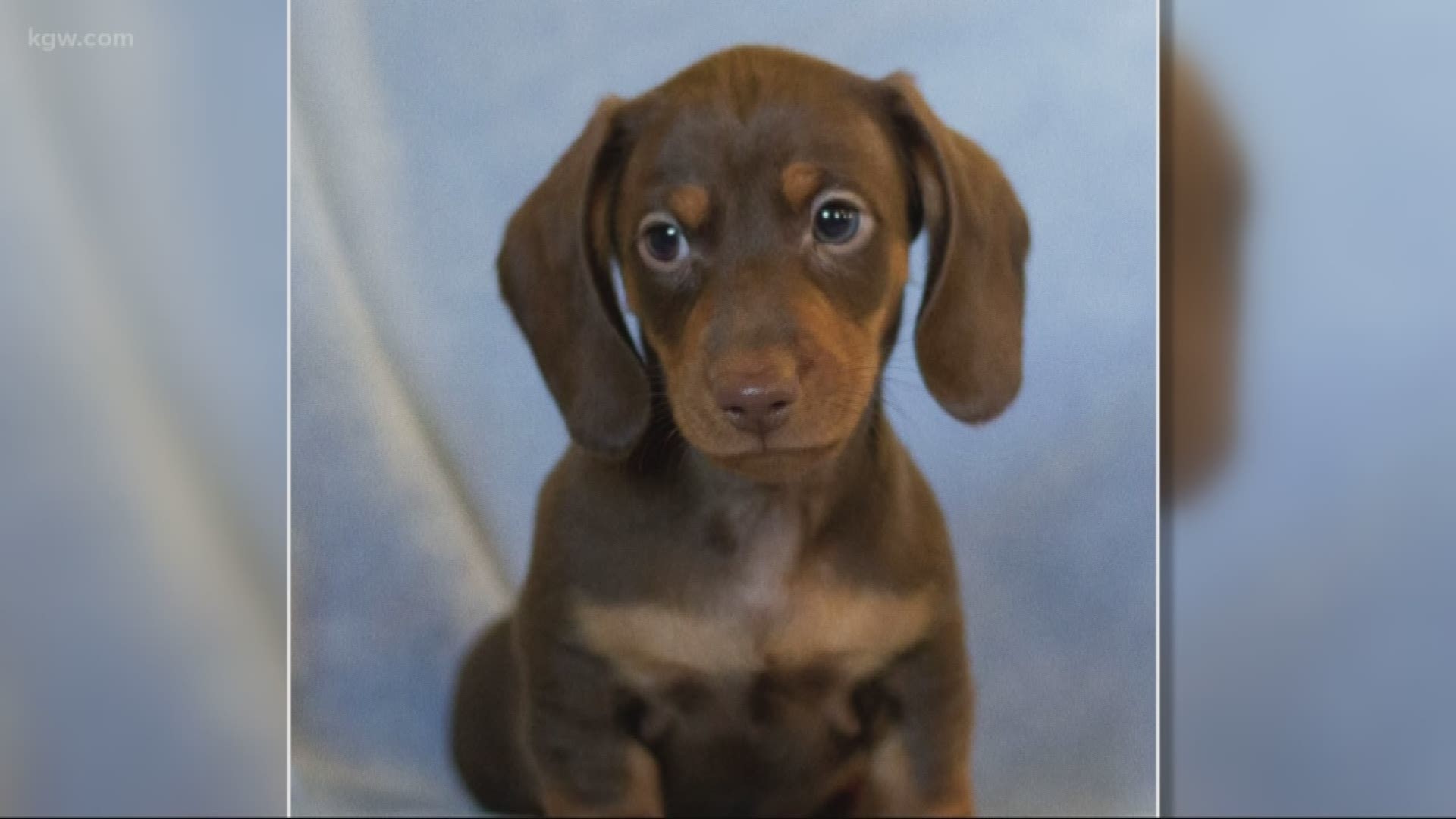 BEAVERTON, Ore. — Protesters spoke out Saturday outside the clinic of a Beaverton veterinarian arrested on animal abuse charges.

Cassidy Wright, one of the protesters, said Dr. Daniel God Koller committed malpractice with her cat that amounted to abuse. "To this day we have had to give him medicines and treatments for the reaction on his back," she said. "A vet said he could have gotten cancer, and he was lucky that he didn't."

Beaverton police received a report of possible animal abuse at Companion Pet Clinic of Beaverton, one of two clinics where Koller practices, on Sept. 20. The Oregon Humane Society joined the investigation.

Blue belonged to Jose Figueroa. Figueroa drove to California earlier in the year after seeing his puppy dog face.

"As soon as I saw him it was like yeah, here's the money let me get him, I was super excited to get him." he said.

Figueroa says he treated Blue like royalty, taking him on walks, training him and letting him sleep in his own bed.

"He brought a lot of happiness to our family in the short amount of time. He changed a lot and taught me a lot. Patience and responsibility cause I had never had a dog."

On September 20 Figueroa took Blue to see Koller at Companion Pet Clinic of Beaverton. He says what the veterinarian did next is disturbing.

"I put him down on the table and Koller comes in and he starts grabbing my dog by the mouth and squeezing his mouth super hard. My dog was trying to escape his grip and he can't. He's putting pressure on his stomach too and my dog is screaming and trying to escape his grip. He can't obviously." Figueroa said. "He pulls him off of the table by his mouth and is just hanging him by his mouth. Then he starts to put him down."

Police arrested Koller on Thursday and took him to the Washington County Jail.

"I think he's a monster for what he does to animals. If you want be a vet, you shouldn't do that to animals. You should treat 'em right," Figueroa said.

Companion Pet Clinic is a brand name for independently owned clinics. Koller is associated with only two, in Beaverton and Gresham.

He used to practice at Companion Pet Clinic of Northeast Portland, but the clinic's hospital manager told KGW he has not worked there in a decade.

This isn't the first time Koller has been accused of abusing animals in his care.

The Oregon Veterinary board says they revoked his Oregon license after learning about his California license getting revoked. Koller lost his veterinary license in 2008 after accusations of animal abuse and alleged drug abuse which caused him to fall asleep during surgery, according to The Oregonian. The Oregon Veterinary Medical Examining Board said Koller regained his license in 2015.

Anyone who believes their pet may have been harmed at the Beaverton Companion Pet Clinic is asked to call Beaverton police at (503) 629-0111.