The first group of students could return to the classroom Feb. 22. 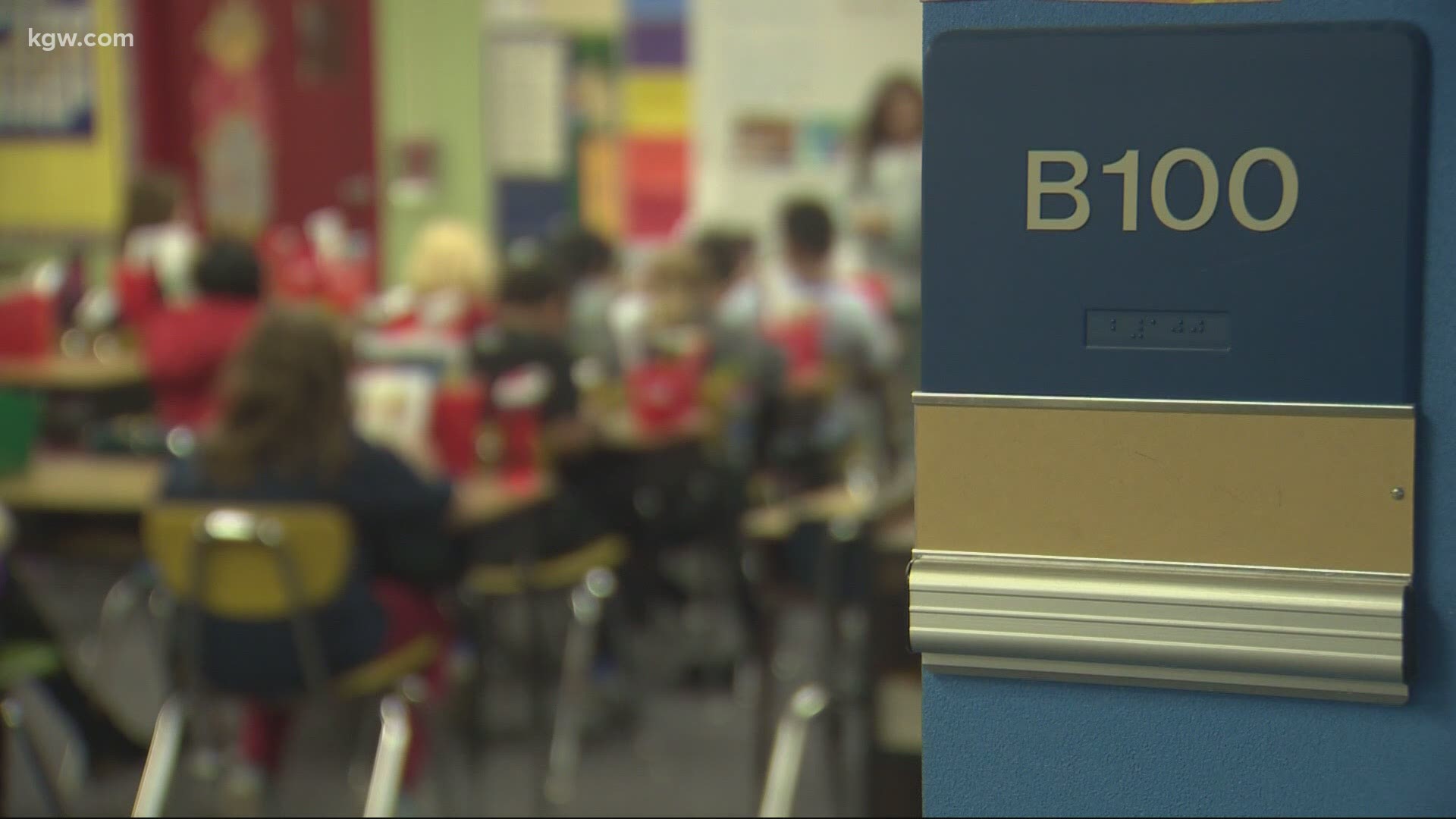 BEAVERTON, Ore. — Distance learning can be challenging. It is especially tough for kindergarteners.

"It took until about winter break for him to think the kids in his class were real and not part of a TV show," she said.

Vembu is eager for her son to return to the classroom, and she may get her wish.

The Beaverton School District announced Wednesday pre-K through second graders can return for in-person hybrid instruction the week of April 5. Third through fifth graders could return in the following weeks. This means that in addition to distance learning, kids would return to the classroom for about two hours a day, four days a week.

On Feb. 22, district leaders say, limited in-person instruction will be offered to kids most impacted by the pandemic. This includes students with disabilities, English language learners and kids who do not have reliable internet at home.

"There are a lot of different considerations that went into our decision," said Shellie Bailey-Shah of the Beaverton School District. "First and foremost is the safety of our staff and students."

Bailey-Shah says the district continues to evaluate the feasibility of bringing back middle and high schoolers in a hybrid instruction model. For now they will continue with remote learning. On April 19, they can begin what is called BSD Connect. Small groups are invited back to school only for activities.

"It's not what we imagined," said Alexa Timchuk.

Timchuk is a senior at Sunset High School. She is coming to the realization she may never return to school, at least not in the traditional sense.

"I was looking forward to prom and football games and seeing my friends throughout the year," she said. "Not the people you're close to but see in your classes. It's weird I may not see those people again."

Timchuk is making the best of it. That is a mantra for so many, including Samantha Vembu, whose son is on target for some in-person learning in early April.

"I'm hoping he can learn what the structure of a classroom is," she said. "I'm excited for him to have that opportunity."

District leaders say the timeline and details of this plan are subject to change. For more information on the Beaverton School District plan, click here.