A usually banal school board election is at the center of a culture war. 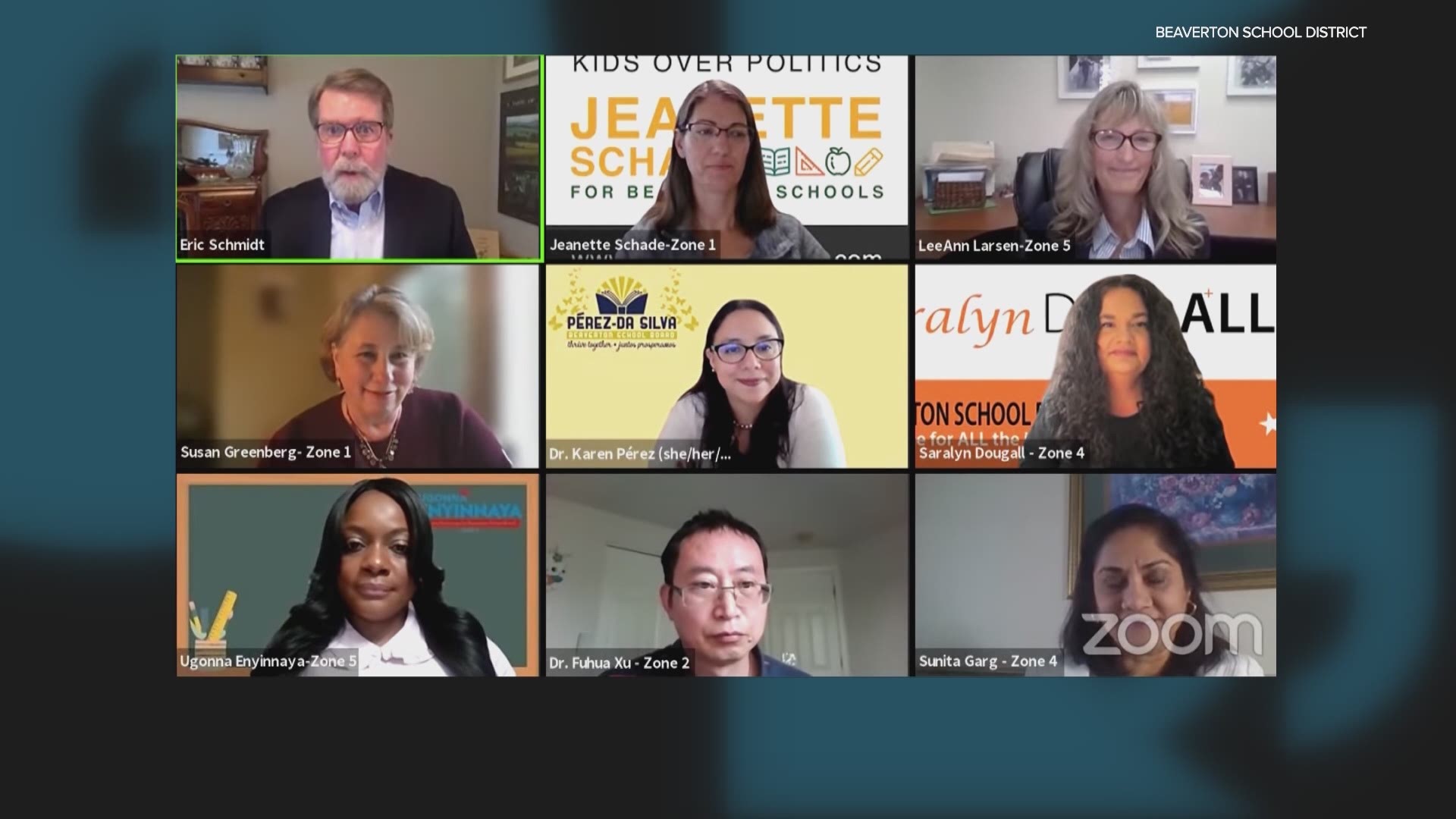 BEAVERTON, Ore. — School board elections, which usually remain free of politics, have become controversial in the Portland metro area this year.

Both women declined KGW's requests for an interview this week. Schade has hitched her platform on a culture war being fought on the local and national scale right now. Her slogan? Kids Over Politics.

At an online candidates forum hosted by the district Wednesday, Schade said Beaverton schools should get rid of lesson plans on sexual orientation and gender identity. She also said she wanted to do away with the "critical race theory," (CRT) a controversial teaching method that some believe local schools are using to examine how race intersects with most subjects, like history, science or math.

In a statement a spokesperson for the district said "Critical Race Theory is not a curriculum. The social studies and health instruction in the Beaverton School District is based on and aligned with state standards."

Schade's finance records are also coming under a microscope. According to records from the Secretary of State, she has received $1,000 from Free Oregon, a group founded by Ben Edtl.

In an interview Friday, Edtl said he became interested in school board races after his children started attending school remotely during the pandemic, and he heard what they were being taught.

"My first grade son was right next to me on my desk doing his art class online, and I heard his teacher asked them to draw themselves as they identify, but it was in the context of 'If you're a boy, you can draw a short hair or a hat. If you're a girl, a ponytail, or however you identify,'" he said. "And I thought 'Wow, that's weird. They're first graders.'"

Edtl said he expects Oregon's May election, which historically has low turnout, to draw in lots of parents, newly concerned about what their kids are learning in school.

"You start to feel some, some of us [and] I do personally, that the teachers, the schools are trying to parent my kids in a way that, you know, maybe I'd save that," he said. 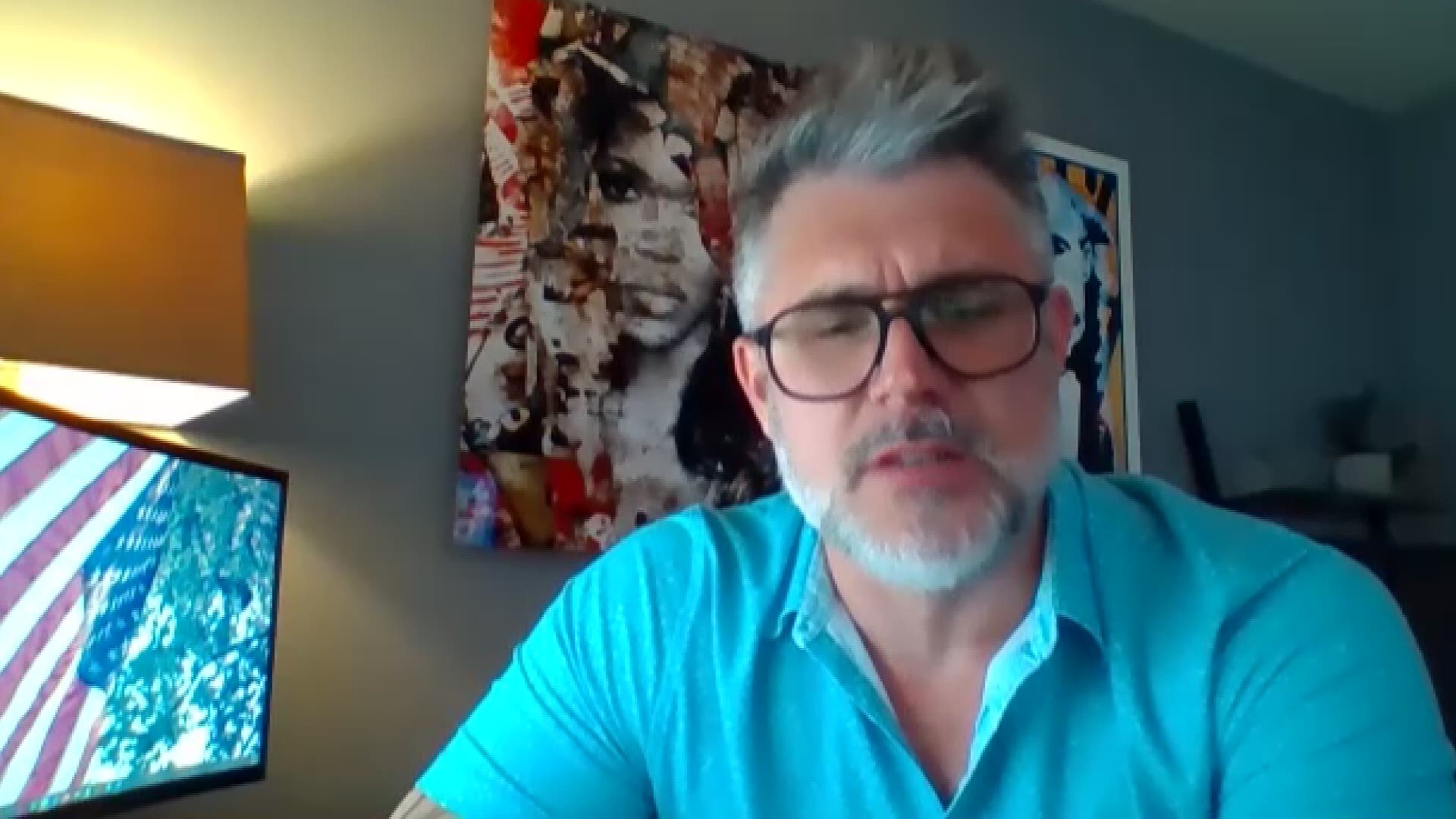 Our youth comrades sent us this call to action in response to a racist and transphobe running for Beaverton School Board.
Show up April 26th, 5pm, Jenkins and Murray. pic.twitter.com/05SdwnrOKd

Earlier this week, local left-wing activists posted on social media, accused Edlt of being a member of the extremist group the Proud Boys. It's a point Edlt said he's confused by and completely denies.

"I have nothing to do with the Proud Boys, nor do I want to," Edtl said Friday.

Activists later walked back that accusation, instead accusing Edlt of having links to the group. They cited a video on YouTube that shows Edtl spoke at a Portland rally last month, as did known Proud Boy Tusitala "Tiny" Toese. Toese, a regular at far-right protests, was recently released from jail after pleading guilty to a 2018 assault.

"II didn't even know who Tiny was. And when I heard he was speaking, I thought 'He's, he's got big energy, this guy does,'" Edtl said Friday. "I shook his hand and moved on with my day. There's absolutely no affiliation or connection whatsoever. I do since then, I've learned about the Proud Boys, and I'm not impressed with [them]. They're kind of like a biker club." 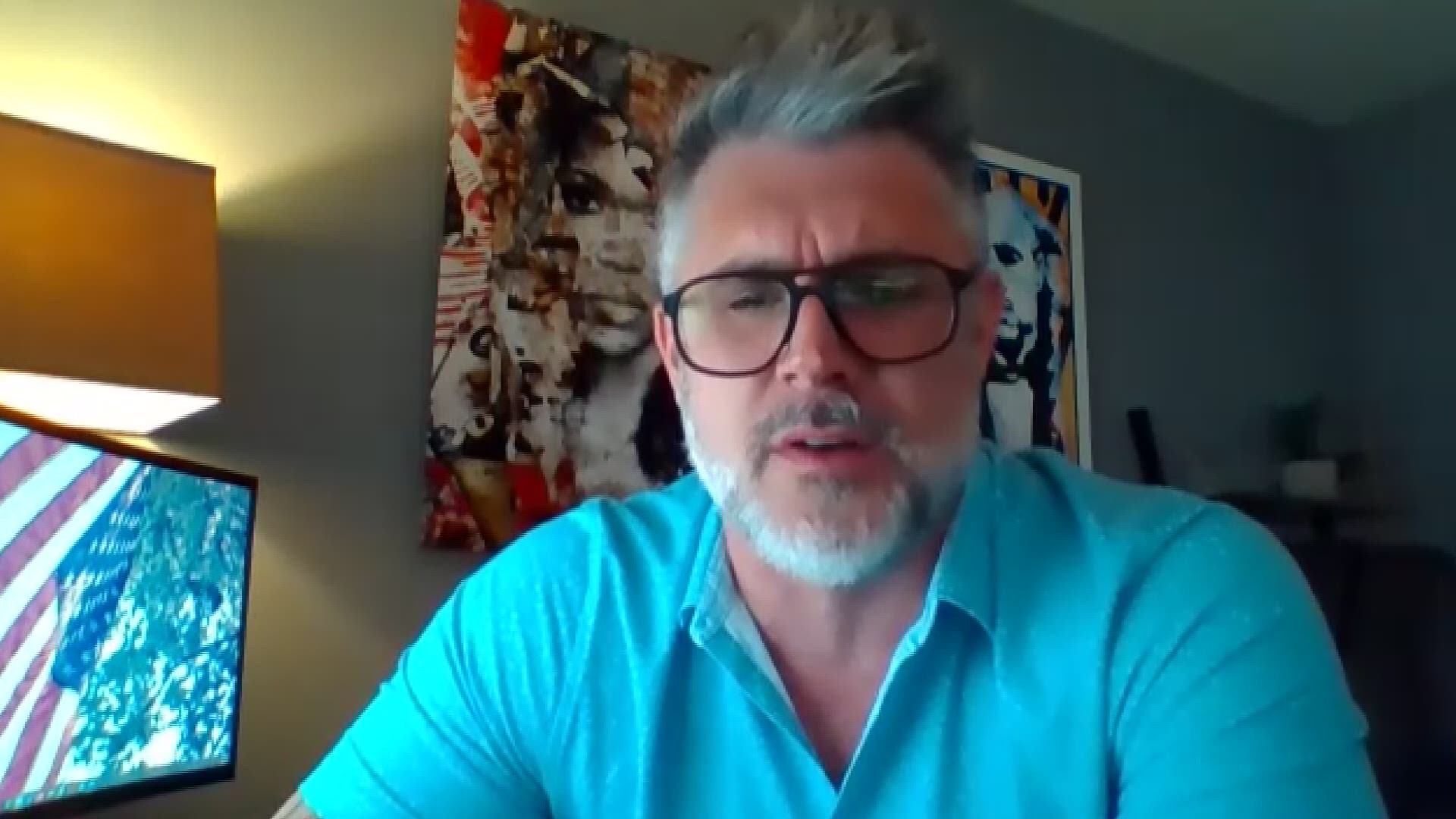 Fueled by the video and Schade's Facebook post, activists organized a protest against Schade's campaign. It happened outside the Beaverton School District headquarters during a virtual school board meeting Monday evening.

Beaverton police estimate between 60 and 100 people showed up. Multiple teachers told KGW News they heard Proud Boy members came to counter-protest. Police and the district said they don't know which group or groups people in the crowd were with. A spokesman for Beaverton PD said some people at the protest were armed, including one person with a rifle.

The district isn't commenting on that point.

One teacher added colleagues are also nervous because Fox News picked up a recording of one of the district's prior diversity trainings.

A moderator warned that teachers who aren't actively anti-racist would soon become obsolete, and a Fox News pundit blasted the leaders as "equity warriors laying siege on our schools."

Edlt said Friday he hopes the temperature of the rhetoric surrounding the race can be lowered. He added he doesn't like to see people "attacking each other in the streets."

"Because of the online school, a lot of parents have woken up to what is actually happening in the schools, and they disagree with that. And so it's their right to vote for school board candidates that could possibly change that. And I think they should," Edtl said. "And if they don't want to do that, they shouldn't. They should vote for the people that they voted for before and maintain that."

An important point to keep in mind is this school board position is meant to be non-partisan and is not paid. So why is it becoming such a political race? We spoke with sociologist Randy Blazak.

"We've seen a lot of right-wing groups ranging from extremist, white supremacist groups to more mainstream conservative groups, really target school boards to kind of get the ideology in, because a lot of people don't pay attention to who's on school boards," Blazak said. "That's unlike a presidential election where people really have their candidate picked out. So these groups have used school to place people to reflect their ideology into the school boards because schools are a way of influencing the way people think. The way young people think has a lot to do with the curriculum that they've been provided. So if they have a curriculum that, for example, doesn't talk about global warming, you know, that benefits the oil companies. And so oil companies will get people on school boards to take out the environmental elements of social science classes and things like that."

So why is this happening now?

"I think there is a tradition of trying to defend the status quo and the ideology of the status quo and on anti-racism training has kind of upset the status quo. So there's a natural pushback against that from people who want to keep things as they are," Blazak said. "In the 1990s we saw an effort of conservative and right-wing thinkers on school boards around sexual orientation issues. And this is when the AIDS epidemic was kind of at its peak. There was a fear, based on ignorance, that if you had a gay teacher, your student could end up with HIV. You also had a kind of notion that homosexuality was a lifestyle and not an orientation. And somehow by teaching about sexuality, it would be encouraging students to become gay. It was driven by a climate of fear."