Outdoor dining helped many pivot during the pandemic, but some bars and restaurants say getting their outdoor structures up to permanent code will be costly. 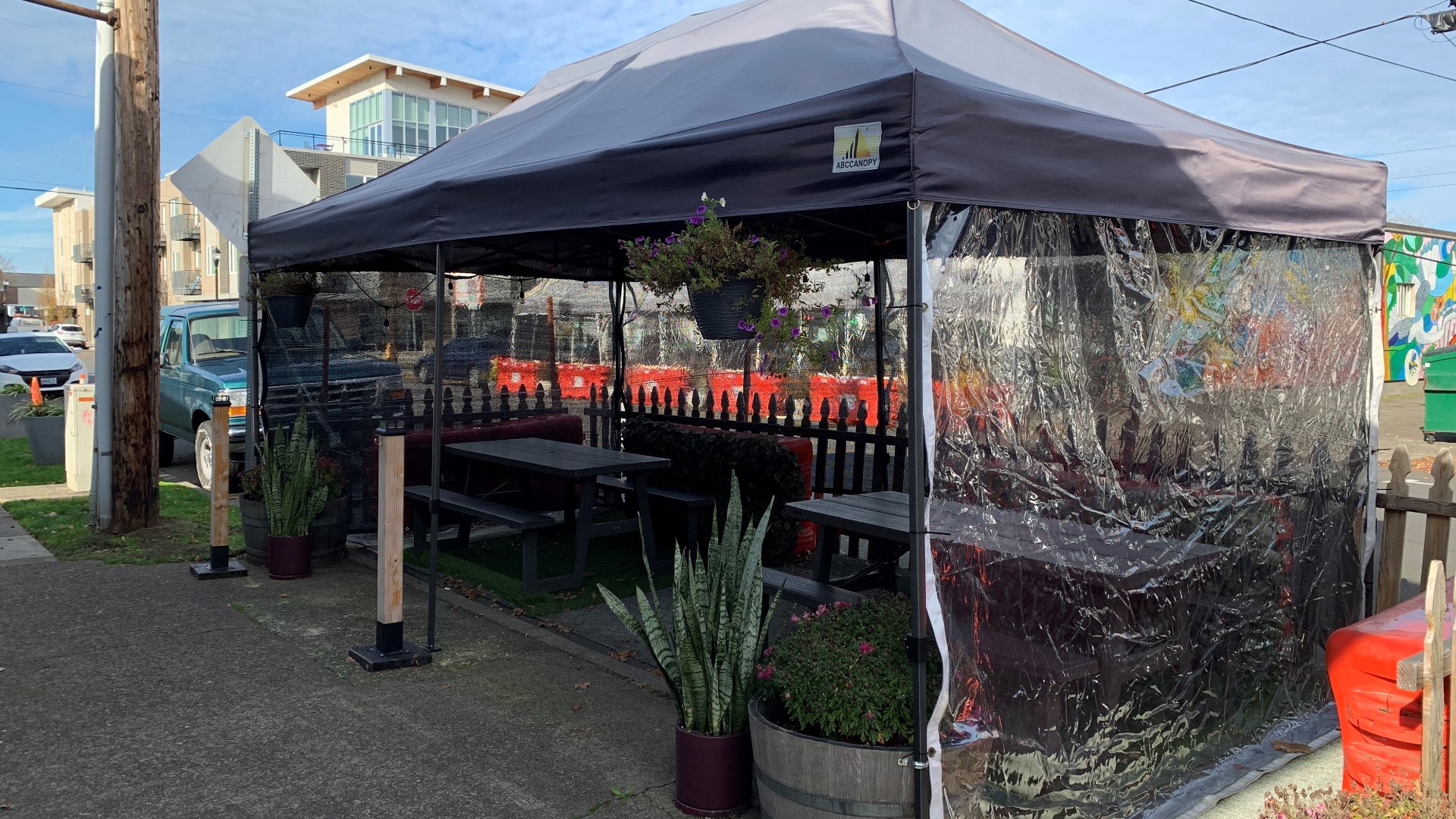 BEAVERTON, Ore. — David Anderson and his wife opened Syndicate Wine Bar in downtown Beaverton in July 2019. The couple never could have imagined a global pandemic less than a year later, but the Andersons adapted and built a beautiful outdoor space for their patrons.

“It's been wonderful, and it's a reason why we've grown consistently and have a second location,” Anderson said.

Plenty of businesses in downtown Beaverton took advantage of the outdoor dining program dubbed Open Air Beaverton. It has quickly become an attraction for locals and visitors alike.

“The idea of being outside is more relaxing,” said diner Rick LaRosa. “It’s a natural thing to feel the breeze and hear the birds. It’s a more enjoyable environment, I feel.”

Beaverton city leaders echo that sentiment. It is among the reasons why they decided to make Open Air Beaverton permanent instead of temporary.

“People have told us they really enjoy it,” said Beaverton Mayor Lacey Beaty.

Beaty said now that the outdoor dining program is permanent, business owners must make sure their outdoor spaces are up to code.

“There are some upgraded ADA requirements in the permanent code that weren't there in the temporary code,” Mayor Beaty said. “We want to make sure the material is good and can withstand fires, and all those things we would want out of a safety piece.”

At Syndicate Wine Bar, Anderson is confident in the construction of his outdoor space. The thought of making the new required changes worries him.

“Every single thing we've built, including payroll hours, contractor fees, and construction costs, it totals about $35,000 and we have to tear it down and start over from scratch,” Anderson said.

That is a big ask of a small business owner, but as they did at the onset of the pandemic, the Andersons will do their best to adapt, even if it means some headaches.

“Maybe that, and a bottle or two opened after hours,” Anderson said. “We don't know.”

Mayor Beaty said the city plans to take some of the federal dollars it received for economic recovery and put it towards a grant program to help business owners build new structures. Anderson said that has not been properly communicated to business owners, but he will certainly be looking into it.