Lyla Paru and Macy Deckert have helped more than 35 seniors sign up for their first dose of the COVID-19 vaccine. 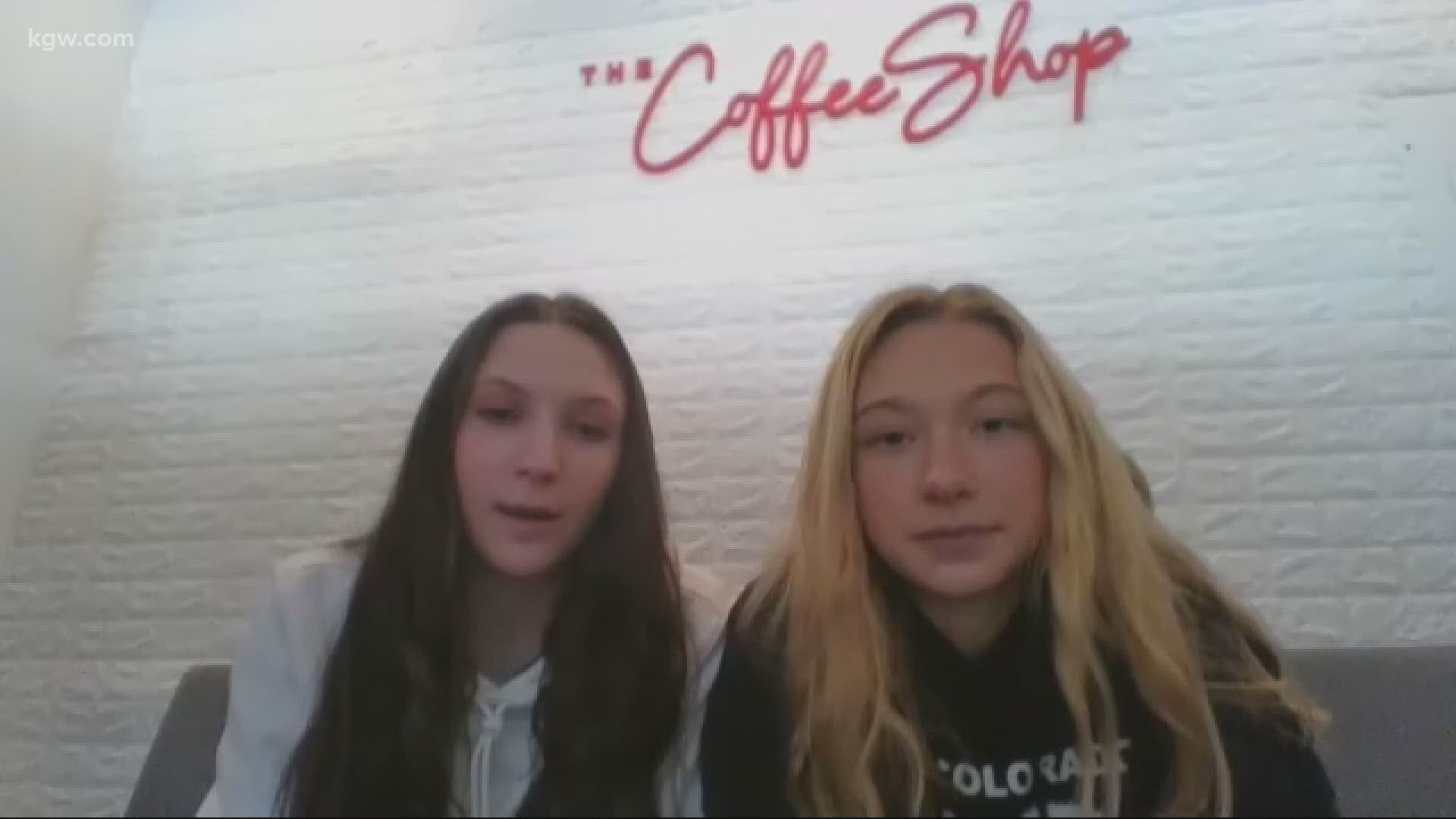 PORTLAND, Ore. — It’s a big year for Lyla Paru and Macy Deckert. The Beaverton High School juniors are used to virtual classes by now, but they don’t love it.

“It's been okay,” Macy said. “It's obviously not as good as being in-person.”

They’re counting down the days until they can get back to in-person learning.

“Usually they have technology, but they just don't know how to use it,” Lyla said.

But she’s not referring to her classmates. She’s talking about folks like Richard and Rosemary Salerno.

“We were lost,” said Richard.

“We were desperate, just didn't know how we were ever going to get a vaccination,” added Rosemary.

It’s been a big year for the Salernos too. They’re both over 80 and eligible for their first vaccine dose this week. Earlier this week they spoke with KGW’s Joe Raineri about the difficulties of making an appointment. After repeated attempts to call and schedule, they were directed to a website — but they don’t own a computer. Finally, they got a call that cured their concern.

“Joe (Raineri) told us about [the Salernos] and gave us their contact info,” said Macy. “We called them and got in touch with them, and they're super nice. They're so nice …We saw how complicated it could be and, even though maybe it's not affecting us as directly as it is like the older generations, it would be so stressful for them to try to figure this out on their own.”

In the past few days, Lyla and Macy helped schedule more than 35 vaccine appointments for seniors, including the Salernos. Richard and Rosemary got their first does Friday morning at the Oregon Convention Center.

“It was very organized. When we got there, it was so simple. It was great,” Rosemary said. “And the injection. Piece of cake,” Richard laughed.

They’ll get the second dose in a couple weeks. Meanwhile, the girls say friends have reached out to help sign up more seniors.

“They saved our lives, really,” Richard said. “The first shot is going to protect us a little bit. The second shot will nail it down. Yes, I would thank them, and we're actually going to take them to lunch … first time we felt safe in a year.”

To schedule an appointment for your COVID-19 vaccination, visit https://covidvaccine.oregon.gov/.