Statue vanishes from outside Gates home leveled by wildfire

The statue became a symbol of hope for the homeowners, but now it is missing. 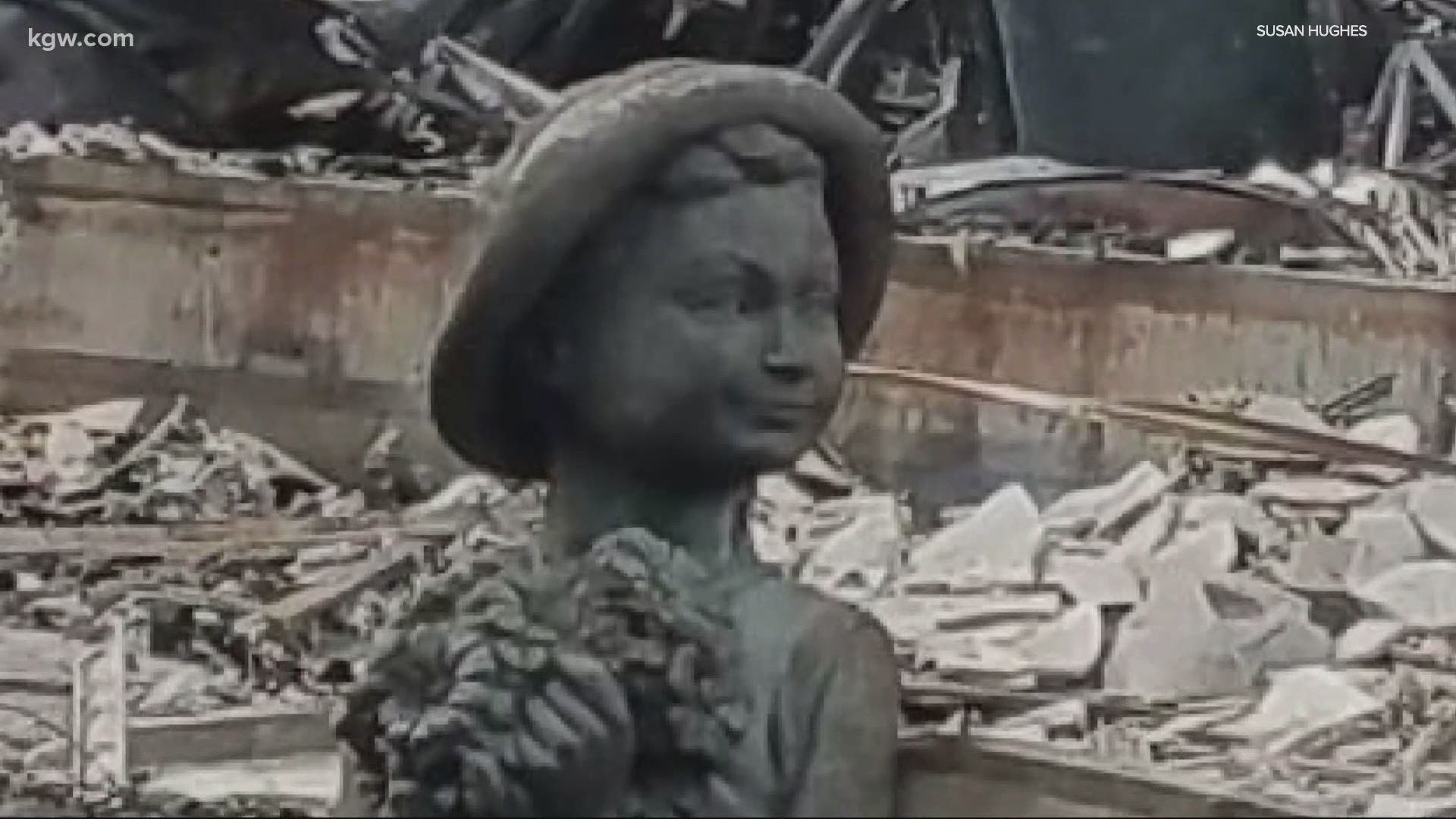 GATES, Ore. — UPDATE: The statue has been found and returned! More here

The Beachie Creek Fire left a trail of destruction in the Santiam Canyon. Home after home was leveled by the flames.

"It's been hard," said Susan Hughes.

Susan and Larry Hughes' vacation home along the North Santiam River was among those decimated.

Credit: Susan Hughes
The Hughes' home before the fire.

Credit: Susan Hughes
The Hughes' home after the wildfire.

"Everything in it was things we brought in with love and care," said Susan. "Lost now."

Everything but a 90-pound statue of a little girl holding a bouquet of flowers.

"That was standing by itself and it had a profound effect on you like, 'Wow,'" said Larry.

"Seeing that statue by itself and the destruction behind it and the burned trees it was unbelievably hard," said Susan.

The statue became a symbol of hope that the people of Gates can and will rebuild. Imagine the disappointment when the statue vanished the week before last.

"I don't believe it was anyone in the canyon because they've been so supportive of our loss," said Susan.

Susan says disaster tourists could be to blame. Or something entirely different.

"Someone has taken it for safekeeping and when they realize we want it back they'll fall over themselves to get it back to us," she said.

Regardless of who took the statue, Susan and Larry would like it returned for the symbol of hope that it is.

"We'd just like to hear it's back," said Susan.