An EPA investigation found a total of 74 drums at the bottom of Wallowa Lake. Only one was labeled with the herbicide ingredient, but it was full of lake water. 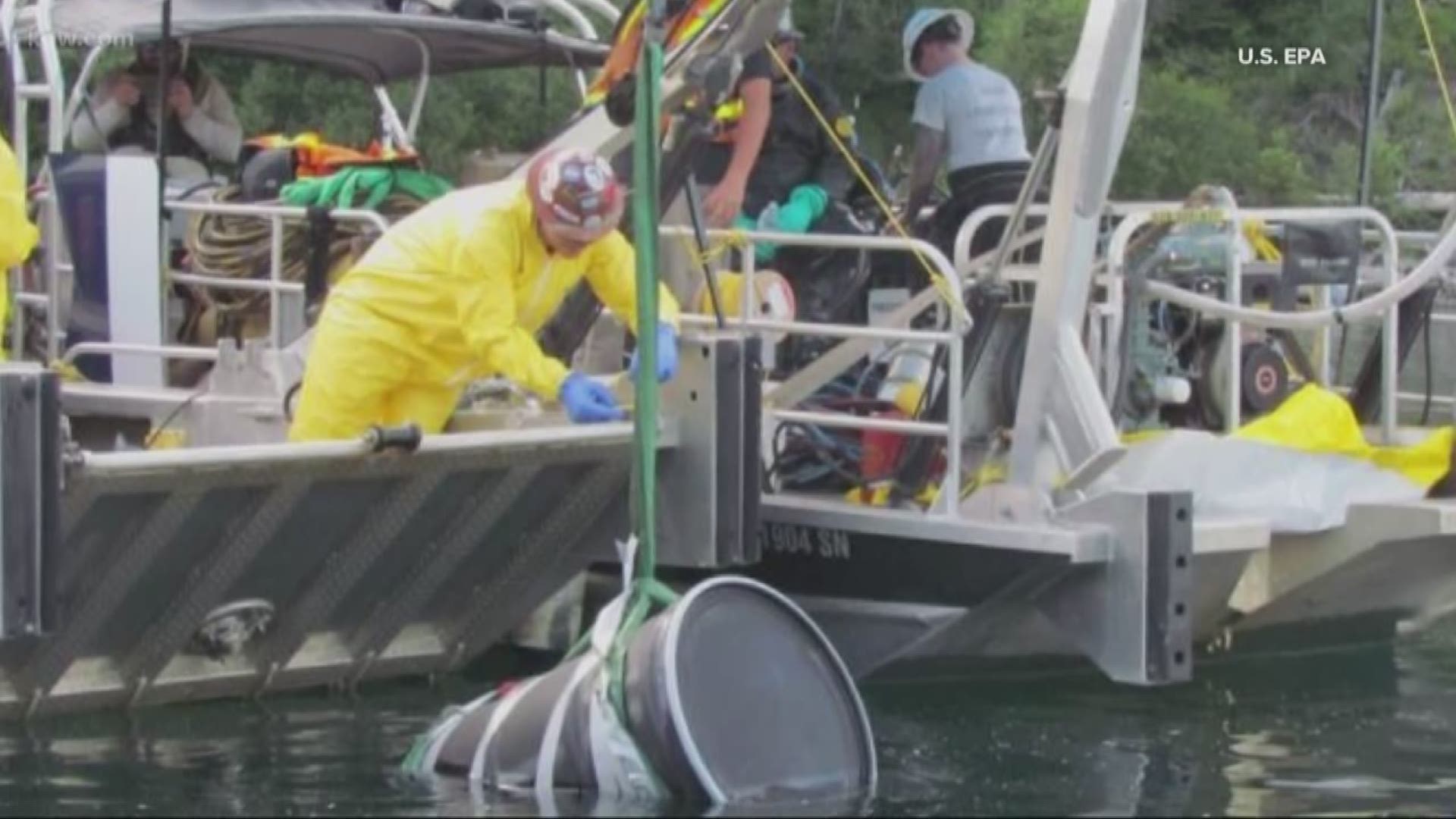 JOSEPH, Ore — The Environmental Protection Agency says dozens of barrels found by divers at the bottom of Wallowa Lake did not contain chemical ingredients for the Agent Orange herbicide.

An investigation by the EPA and the Oregon Department of Environmental quality found a total of 74 drums at the bottom of the lake. All 74 drums had holes and contained lake water. They do not pose any risk to people or wildlife, the EPA said.

“Over the years, many 55-gallon drums have been filled with rocks and concrete to be used as anchors for floating docks or used as floats – and EPA and DEQ believe the drums they’ve found are part of that history,” said Bill Dunbar with the EPA.

Last summer, divers swimming along the lake's bottom spotted a barrel with the label for weed killer on it.

When divers uncovered the label, which was covered in sediment, they noticed it said "Contains 2-4 D or 2, 4, 5-T Weed Killer," the two ingredients used to make the Agent Orange herbicide.

Agent Orange was a tactical herbicide manufactured for the military during the Vietnam War. It uses an equal mixture of both 2-4 D and 2, 4, 5-T at a high concentration.

The EPA said contractors examining the barrels in Wallowa Lake removed drums that either appeared to be intact or had a label indicating it may have contained a hazardous chemical. That was a total of five barrels.

The other two drums appeared to be intact, but upon further inspection they were not. They were full of lake water.

The agencies took samples or water and sediment as a precaution to test for “2-4 D or 2, 4, 5-T” and will receive results later in the week.

Wallowa Lake is the main water source for the city of Joseph, a town of over 1,000 people in Northeast Oregon. There is a meeting to update the community scheduled for June 25.