Bailey Jaramillo is moving to the Houston area in a matter of days. 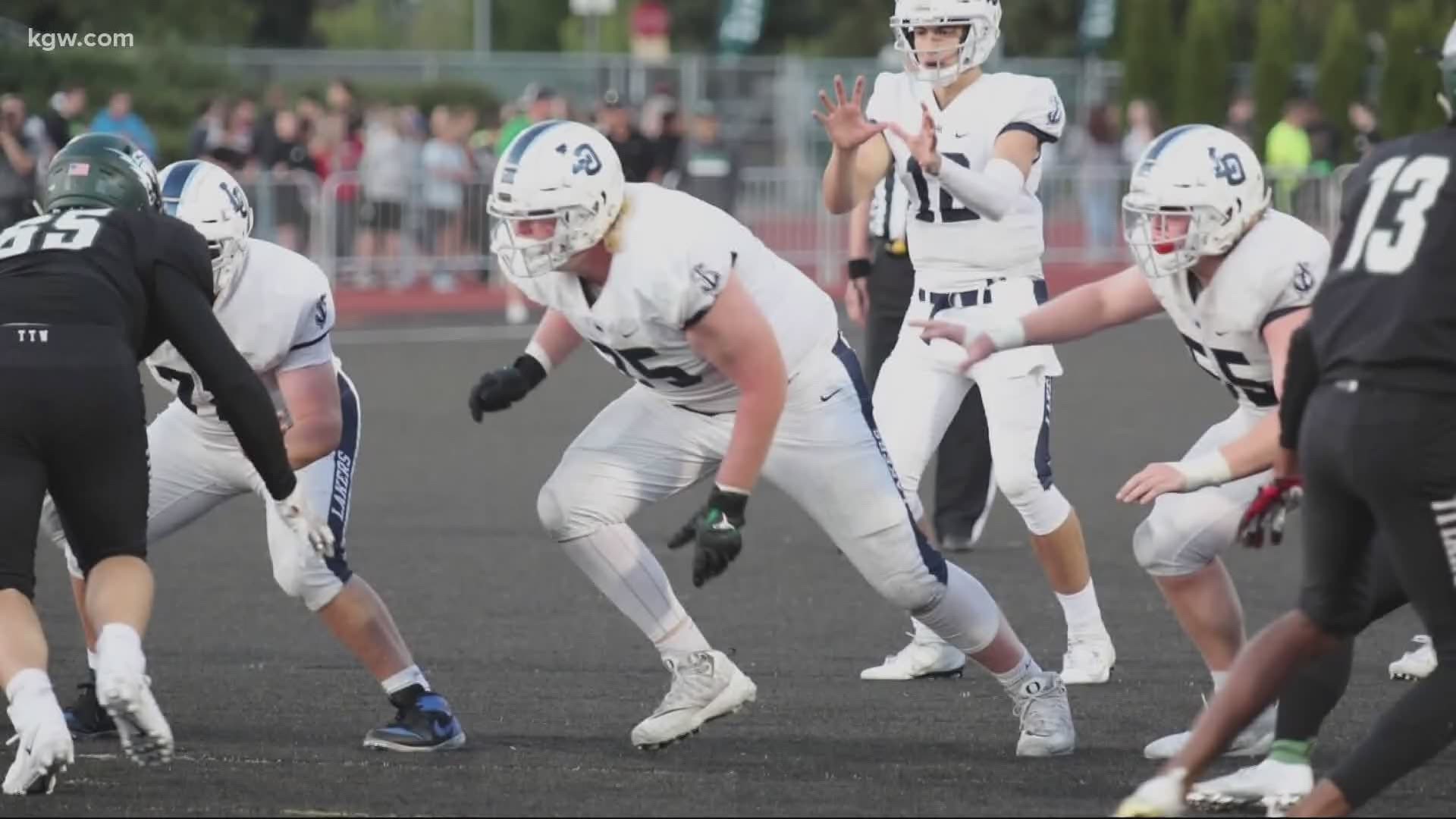 PORTLAND, Ore. — Even the toughest of football players cannot shake nerves sometimes. That includes Bailey Jaramillo. He is moving to Houston, TX in a few short days.

Jaramillo will be playing his final year of high school football at Northland Christian and not Lake Oswego. The 17-year-old made the announcement on Twitter earlier this week.

"It was definitely one of the hardest decisions I've ever made," said Jaramillo.

In early August, the Oregon Schools Activities Association made the decision to push back fall sports to March and April of next year due to COVID-19.

"Ultimately we're trying to maximize the opportunity for as many kids as possible to participate this school year," said OSAA Executive Director Peter Weber at the time. "We knew, again, with the school metrics and distance learning that many of our districts would be in, that impacts a number of students across the state. We wanted to be sure we preserved those opportunities for later in the year."

Jaramillo is not convinced football will happen in the spring. Jaramillo admits he needs one more year on the gridiron if there is any chance at a college scholarship.

"It's a really big deal," he said. "You have all the schooling and books paid for. You don't need to worry about student loans."

Jaramillo believes his play in Texas will catch the eye of college scouts.

"I feel like I'm good enough to play at the next level and I can show them once I get down there and play," said Jaramillo.

Jaramillo is not the only one leaving Oregon in order to continue his athletic career. Luke Spitznagel, of Jesuit, moved to Twin Falls, ID. His dad tells KGW this was not 100% about football. Tom Spitznagel says his son was eager to get back to in-person classes, too.