'People are afraid for their lives': Asian American communities in Oregon angry, fearful after Atlanta shootings

The horrific attack in Georgia coincides with an increase in hate and violence against the Asian community all over the country, including in our area. 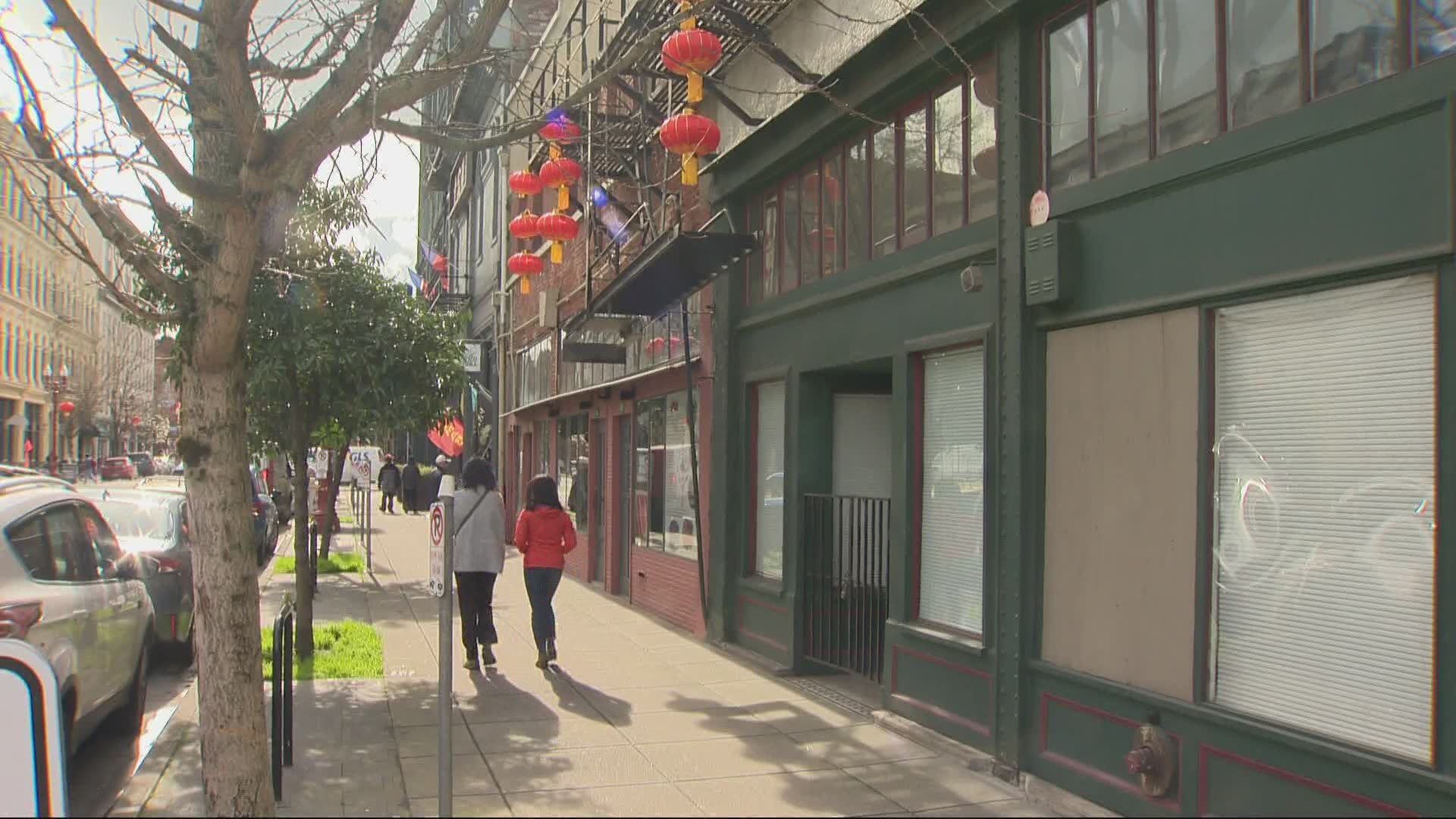 PORTLAND, Ore — A man shot and killed eight people at three Atlanta area spas this week. Six of the victims were Asian women.

Police in Georgia say they're not ruling out hate crime charges, and add that the suspect, 21-year-old Robert Aaron Long, was a customer at two of the businesses. He now faces eight counts of murder.

The horrific attack in Georgia coincides with an increase in hate and violence against the Asian community all over the country, including in our area.

While authorities haven't said the shootings were racially motivated, many advocates believe they were.

"It's a convenient narrative for them to say that it isn't," said Janet Hamada, executive director of The Next Door Inc. "This is a dark day."

"Whether he says it was not race motivated, it is," said Neil Lee, president of the Chinese Consolidated Benevolent Association (CCBA). "I'm just afraid for our Asian community because with this spike happening people are afraid for their lives. It's frustrating."

The local Asian and Pacific Islander community, also referred to as API, says their hearts are broken for victims and their families. They also say fear and anger are heightened among the community.

"That has such a huge impact on communities that see what's happened," Allie Yee, Asian Pacific American Network of Oregon (APANO) communications director, said. "It's been a heavy time for all of us responding to this moment and feeling it personally while also trying to respond to our community's needs."

Local advocates feel the pandemic is one reason behind the hostility they've faced over the past year. They believe the previous administration and others have used language about the coronavirus and its origins that allowed people to feel justified and emboldened to spew vitriol, and target Asians as a scapegoat.

Since January 2020, the Oregon Department of Justice bias hotline has taken 100 reports of bias crimes and incidents from Asians and Pacific islanders. Last month saw a spike.

Nonprofit Stop AAPI Hate released a national report showing nearly 3,800 incidents were reported over about a year during the pandemic, which is much higher than the number of hate incidents previously reported.

In Multnomah County, the district attorney's office said it issued 32 bias crimes in 2020 and eight so far in 2021. However, the DA's office said at this point they don't have numbers on how many involved API victims.

Those in communities targeted know the hate is not new - it has been felt for decades.

"There has been racism against Asians for centuries in America in many different ways from an interpersonal level to the policies we set," Yee added.

"It's race-motivated and it's gender-motivated as well," Hamada said. "It follows a long history of Asian women being discriminated against and treated violently."

Stop AAPI Hate's report shows women made up a far higher share of the harassment and other bias incidents reported, at 68%, compared to men.

"I've heard it from friends and family in my personal networks that people feel afraid," Yee said.

As they grieve for the victims and their loved ones and work with organizations on the ground in Georgia, local API advocates and community leaders ask for others to condemn racism and violence.

"Reach out to other folks in their community, reach out to their Asian friends and check in," Yee said.

"This is just the latest incident of violence perpetrated against a racial minority," Hamada added, "We need to counter it with solidarity, getting together, standing up for each other."

After seeing a horrible thing like this a lot of us want to do something tangible to help and show support for Asian Americans. APANO says you can start by supporting advocacy groups they're working with on the ground in Georgia. They have links to the different organizations in this page on their website.

You can sign a collective community statement to stand in solidarity, share crisis response resources, and donate to the victims and their families and crisis intervention for the Asian American community.