As Seen On TV

Going Dutch? New bicycle signal is part of a study on bike infrastructure

PBOT installed a first of its kind "Dutch-Style" bike signal on North Broadway at Williams in late July, part of a bicycle infrastructure study 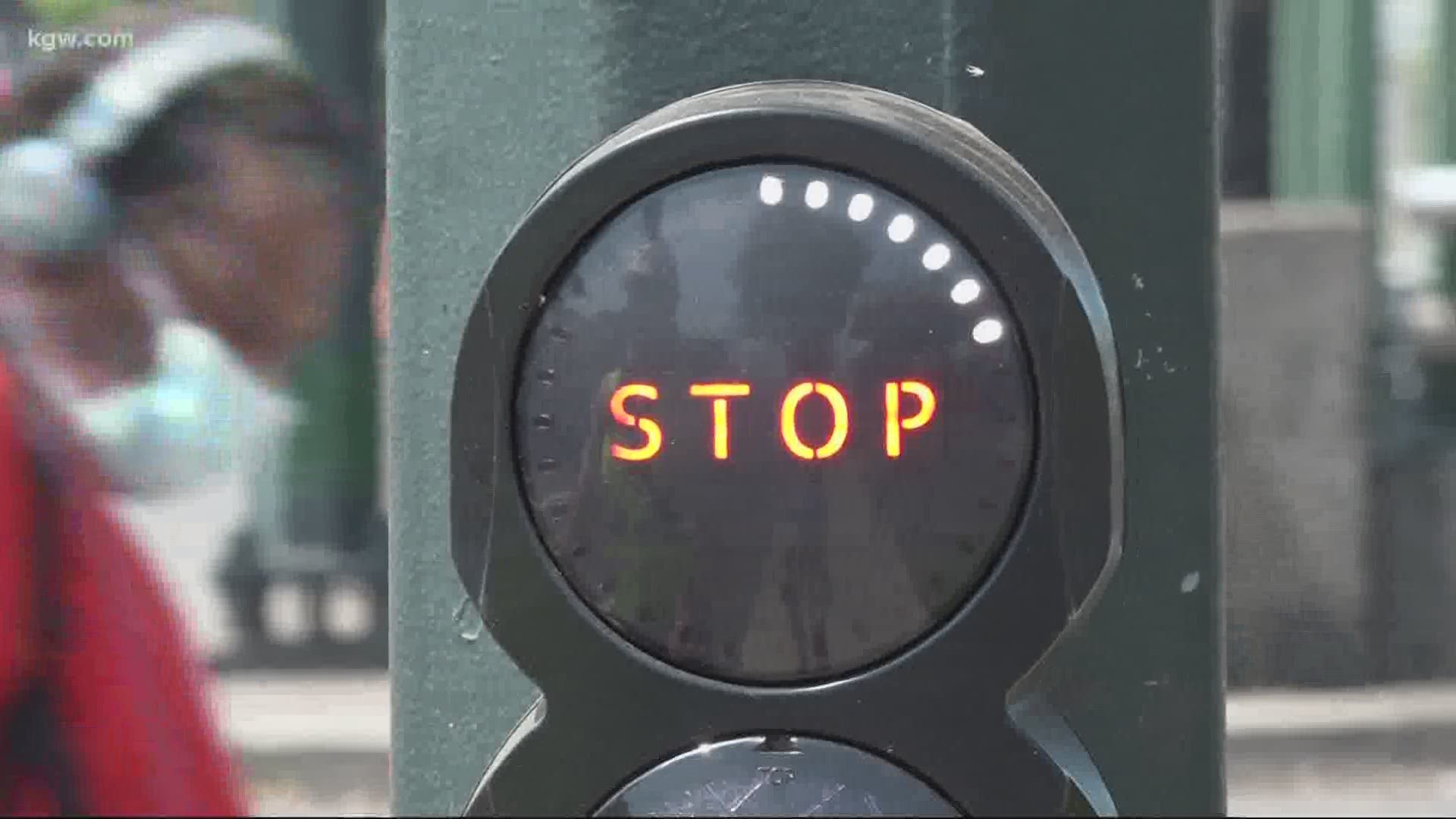 PORTLAND, Ore. — It’s a "first of its kind in the Unites States," said the Portland Bureau of Transportation in a tweet.

Portland has dozens of bike-specific signals across the city but this one, installed in late July, is smarter.

It activates when a cyclist rides over a wire loop in the ground, therefore acknowledging the rider’s presence. Then, it provides a countdown to the next green light. While signals like these are common in Europe, PBOT said this is a first in the US.

PBOT just flipped the switch on the first Dutch style countdown signal in the United States!

This signal is supporting research being conducted by @Portland_State & @OregonState Universities.

Want to see it for yourself? Check it out at N Broadway & Williams. #pdxbikes #pdxnow pic.twitter.com/obfmFDWf5o

"We’re trying to collect a lot of data, to find out whether these bicycle signals will be an effective tool here in the Portland area," said Don Hamilton of the Oregon Department of Transportation.

Researchers will test a few signals across the city through the fall. Here are the things they’re looking for:

You may have seen those blue lights and signage that says a cyclists has been "Detected When Blue Light On." It notifies riders that the signal is now aware of the cyclist at the intersection, and then it may adjust the timing of the light accordingly. ODOT identifies at least eight intersections where these are currently present.

Here's an example of one in Arbor Lodge, on North Ainsworth Street at North Interstate Avenue.

In collaboration with the Oregon Department of Transportation, and researchers from Portland State and Oregon State Universities, the Bicycle Detection and Feedback Study aims to improve safety - and if they can, the rider experience.

PBOT plans to install similar "near-side" bike signals as part of their Naito Parkway Improvement Project - if they too have a countdown timer is to be determined.