Master Sgt. Marty Nance served more than 30 years and died in 2018 after his body was pulled from the Willamette River 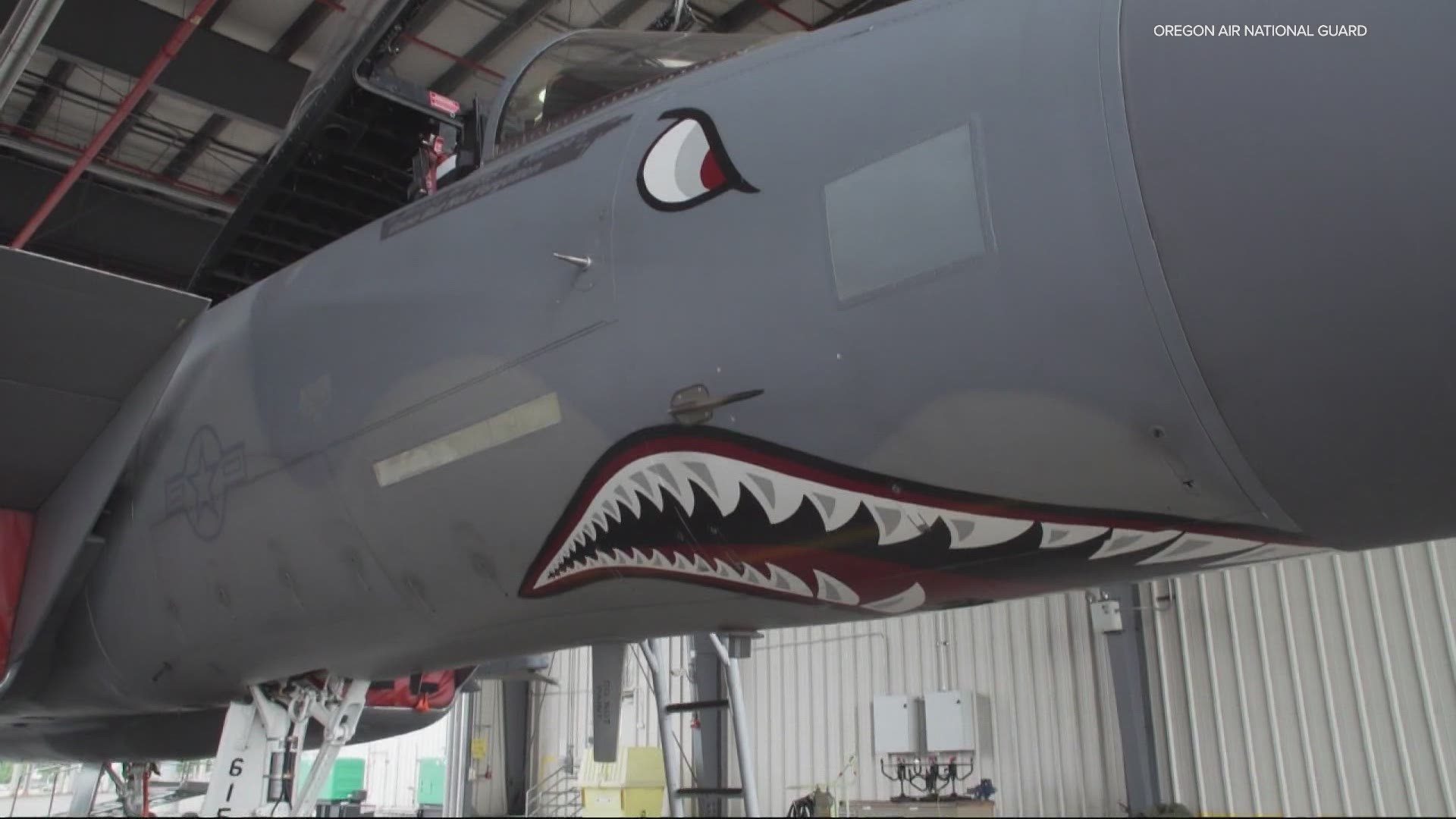 Nance was reported missing after failing to show up for guard duty, something he had never done in his 30 plus year career. Family and friends spent weeks passing out flyers and searching for the 49-year-old man. In March of 2018, Multnomah County Sheriff's divers pulled Nance's body out of the Willamette River.

On June 6, the Oregon National Guard held a small ceremony remembering Nance. Artwork depicting a shark's mouth and eyes was unveiled on the nose of the F-15 Nance once worked on.

"It's really, really special," Lisa Veber, Nance's sister, said in an interview with the Oregon National Guard. "In the beginning when I found out the name was going on the jet, that was super special because it just said a lot for how everybody felt about him out here."

The shark's mouth and eyes have a deeper meaning.

"For some reason he got fixated on sharks a long time ago and that became his moniker," Veber said.

While in college at Oregon State, Nance cut off the roof of an old car and added shark fins to the back. On the side was a shark's mouth and eyes and the name of the newly designed car, Land Shark.

"There's people that worked with Marty that are telling the story of Marty and how he liked sharks on everything," says Colonel David Unruh, 142nd Wing Commander. "The F-15, it just looks good on the jet because we've got a big radar, a big old nose cone out there and it really has the real estate to wrap around. It looks pretty mean."

Now those mean looking teeth and eyes, along with Marty's name on the nose of the F-15 will help keep his memory alive.

"It does kind of shape the future generation. When you get new people coming in as crew chiefs or pilots, they'll go what do these shark teeth mean?" said Unruh.