Arlene Schnitzer was passionate about arts and culture in Portland and helped spur a nationwide love of pacific northwest art. 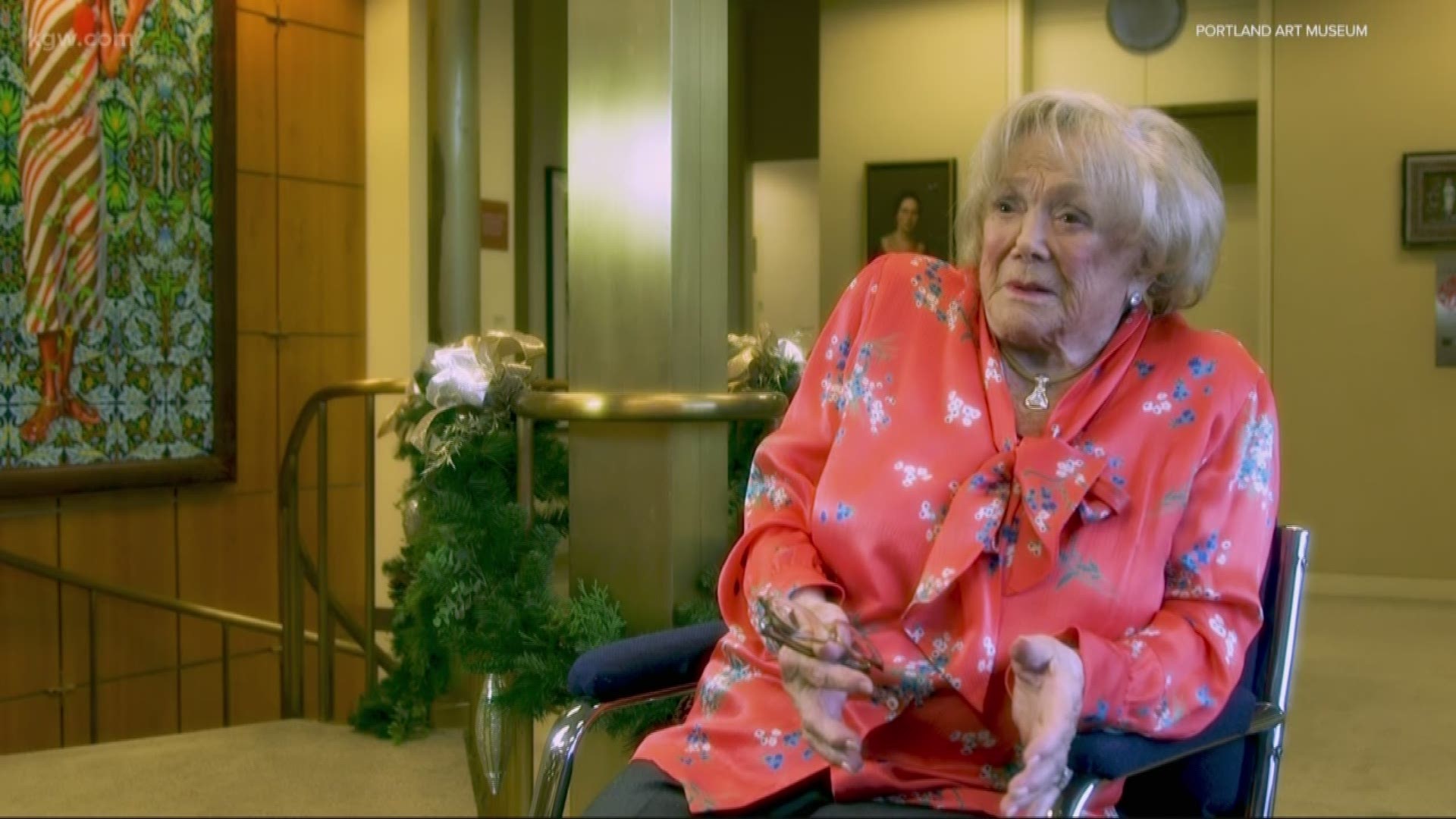 Her son, Jordan Schnitzer, told KGW his mother passed away on April 4 due to age-related health issues.

She had suffered from ongoing health problems, Jordan said. Her passing is unrelated to the COVID-19 outbreak.

Schnitzer was well known for her philanthropy and promotion of arts and culture in Portland. In 1961 Schnitzer founded and directed the Fountain Gallery of Art. She directed it until 1986. The gallery helped spur a nationwide appreciation of Pacific Northwest art.

From 1968 to 1980 Schnitzer produced public service television programming. She hosted her own public broadcasting program which focused on controversial social issues that were not widely spoken about at the time.

In 1994, Arlene and her husband Harold Schnitzer co-founded the Harold and Arlene Schnitzer CARE Foundation. The CARE foundation supports Care to Share, an anonymous program that helps low-income and non-insured families who have had a loved one diagnosed with an acute or chronic medical condition provide basic care and medical needs to their families. It also supports Communicare, which works with young people through grant-making.

The Arlene Schnitzer Concert Hall was named after her to recognize both her and her husband Harold’s gift to the Portland Center for the Performing Arts.

Throughout her life, she was recognized many times for her public service and had been awarded by Oregon cornerstones for her tireless work. Some of her achievements included service awards from the University of Oregon and West Oregon State College and the Aubrey Watzek Award from Lewis & Clark College.

She received honorary doctorate degrees from Portland State University and the Pacific Northwest College of Art.

She was also awarded the First Citizen Award and the Governor's Award for the Arts, among many other achievements.

Harold Schnitzer died in 2011. Both the Schnitzers are survived by their son Jordan Schnitzer.