Portland Fire and Rescue announced that the last remaining evacuations were lifted just before 5 p.m., allowing an estimated 450-500 people to return to their homes 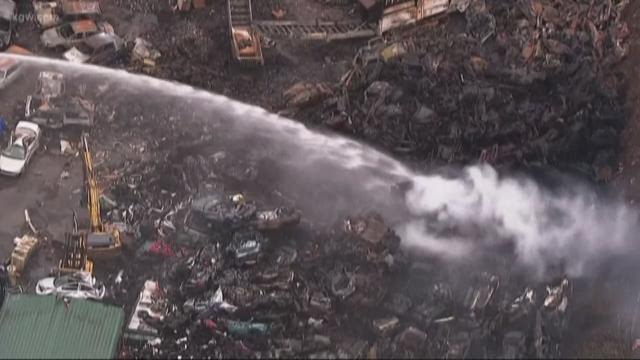 On the KGW News app? Tap to launch multimedia article

PORTLAND, Ore. — Air quality has returned to normal and all evacuation orders have been lifted in the area of a huge Northeast Portland fire.

Portland Fire and Rescue announced that the last remaining evacuations were lifted just before 5 p.m., allowing an estimated 450-500 people to return to their homes. During a news conference Tuesday afternoon, Randy Nattis with the Environmental Protection Agency said monitors that track air quality every hour show it has improved to normal.

Investigators on Tuesday began looking into the cause of the fire the destroyed several homes and sent unhealthy black smoke billowing throughout the metro area Monday.

The fire was still smoldering in hot spots throughout most of Tuesday but it was completely out by evening. Crews will remain on scene overnight to prevent any potential flare ups.

“They were able to narrow down the area of origin," Jones said. "We’re hoping to have a determination, which may or may not be a cause, but we’ll have that in the next couple of days.”

The fire breaks out

The fire started at 9:15 a.m. Monday at NW Metals, an auto salvage yard near Northeast 75th Avenue and Killingsworth Street. Officials said everyone working at the yard was able to get out safely. Two houses and a duplex were destroyed and 16 cats perished in the fire.

Portland Fire and Rescue had 138 total personnel on site assisting in fighting the fire Monday, including 23 engines, seven trucks, one heavy squad, two rehab air units, nine chiefs and a full team of investigators. Winds blowing at 20-25 mph from the east during the day made it more challenging to fight the fire.

“This pile was very deep and very wide. So trying to get water penetrated down in through the stack and into the pile of cars was very difficult yesterday," said Louisa Jones. "Add to that the wind, and this was a very tenacious fire.”

Video: A look from above at the massive fire 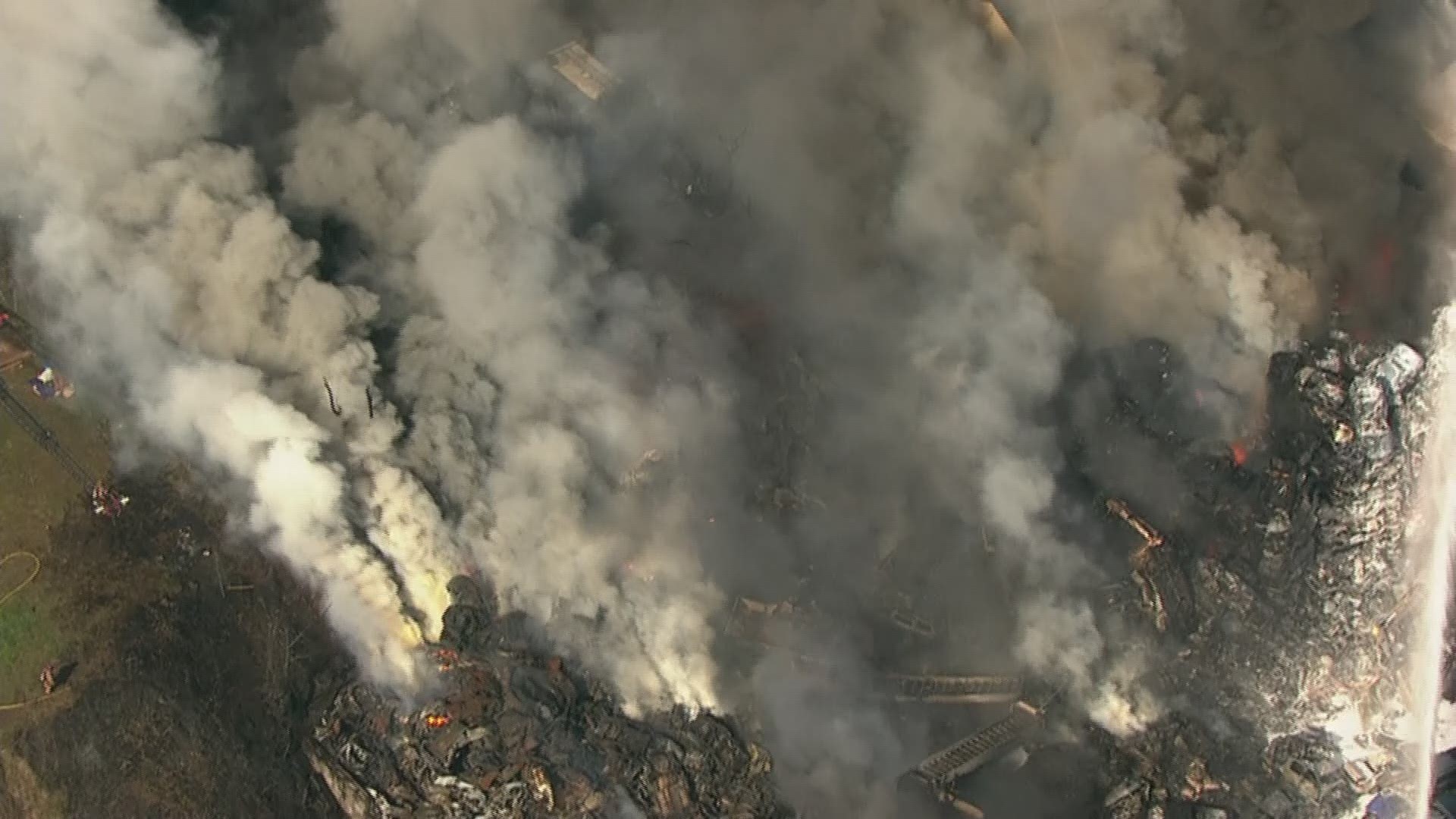 Thousands of nearby residents were ordered to evacuate their homes at 9:30 p.m. Monday as the smoke continued to pour from the fire and air quality monitors picked up unhealthy levels in the area. An estimated 2,000-4,000 residents in an area bordered from Northeast 60th Avenue to East 76th and Columbia Boulevard to Alberta Street were ordered to immediately leave their homes. Multnomah County health officials on Tuesday morning said it was safe for residents west of 72nd Avenue to return after the size of the fire was "greatly reduced."

For those returning home, the Red Cross said it would distribute cleaning supplies at the shelter. Portland Fire & Rescue suggested that anyone returning home should toss food that was openly left out. Dishes left out should be washed. Clothing should be laundered and the home given a good cleaning.

A neighbor to NW Metals said she and others have had concerns about the increasing volume of salvage vehicles in the yard that burned.

"For over three years that pile has done nothing but grow... with nothing being moved," said Cheri Hall. "I just think if it hadn’t have gotten that big and out of control, that the homes that were lost and the animals that were lost, it might not have happened."

Calls to NW Metals to respond to the concern were not immediately returned.

How 'black smoke' from auto yard fire could impact your health