A spokesperson with the Portland Audubon said it's a combination of animals venturing into new places, it being breeding season, and humans just noticing them more. 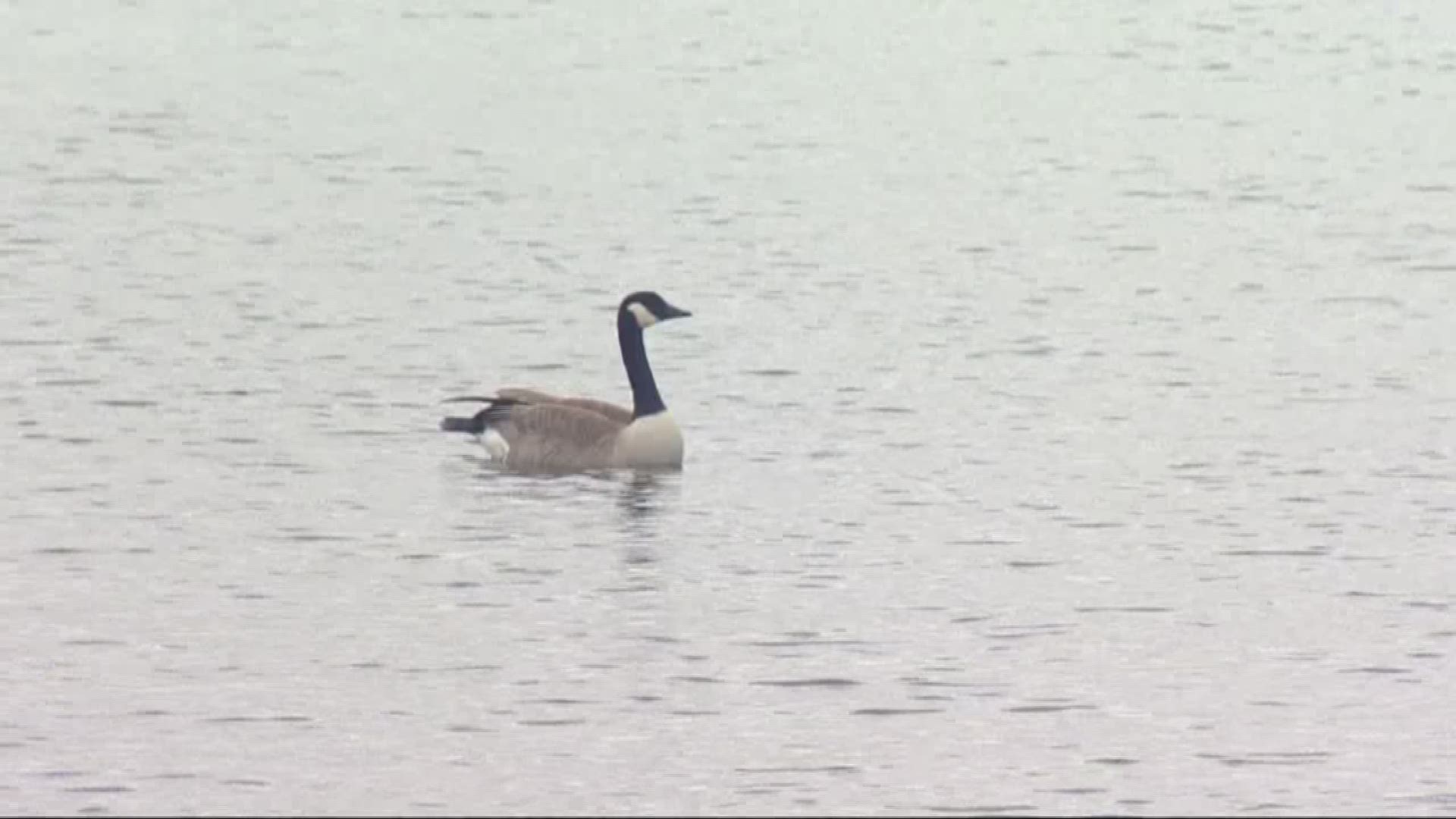 PORTLAND, Ore. — A Portland community group's Instagram page has been documenting what it calls an egg dilemma after a goose laid its eggs in an unlikely spot.

The saga started with a single egg Paige Stoyer and her family found last week as they were about to embark on a boat ride.

"Sure enough there was a big fat goose egg on our boat cover," recalled Stoyer.

And what started as one egg multiplied the next day.

"The mom came back... but there's a second goose and a second egg," Stoyer said chuckling.

Co-founder of NWXventure, Stoyer posted her experience on the group's Instagram page. She titled it the Goose Egg Dilemma.

She then called Portland Audubon, which instructed her to build a nest next to the boat and place the eggs inside. Stoyer and her partner Mark Crawford documented the whole thing for their thousands of Instagram followers.

"Someone said 'I'm so invested in this now you, have to tell me what happens,'" she said.

As for why this happened, the couple believes it was because the docks have been unusually quiet.

"If there were more people and more boats it would be probably less likely they would have gotten on the boat and lay their eggs," Stoyer said.

Sallinger said it's a combination of animals venturing into new places, it being breeding season, and humans just noticing them more.

"This is really a great time to enjoy the animals that are around us, to pay attention to what's going on because there's a lot of really cool things happening, but to try and respect wildlife from a distance," he said.

Unless of course you need to, like in the case of Stoyer and Crawford, who, by the way, are still watching to see if mom and pop geese have returned.  There have been signs they have.

"We were here yesterday and it looked like the grass and the nest was matted down," Crawford said as he noticed a pair of geese flying above him.

"Is that them? Wouldn't that be amazing?" Crawford asked.

Yes, it would be an amazing and happy ending to this goose egg dilemma

"It would be so fun for everyone if they end up hatching," said Stoyer. "It's kind of fun thinking about it."

RELATED: With Yosemite National Park closed to visitors, bears are out and about