The most recent sighting comes days after a cougar was spotted on camera roaming through a Sandy neighborhood. 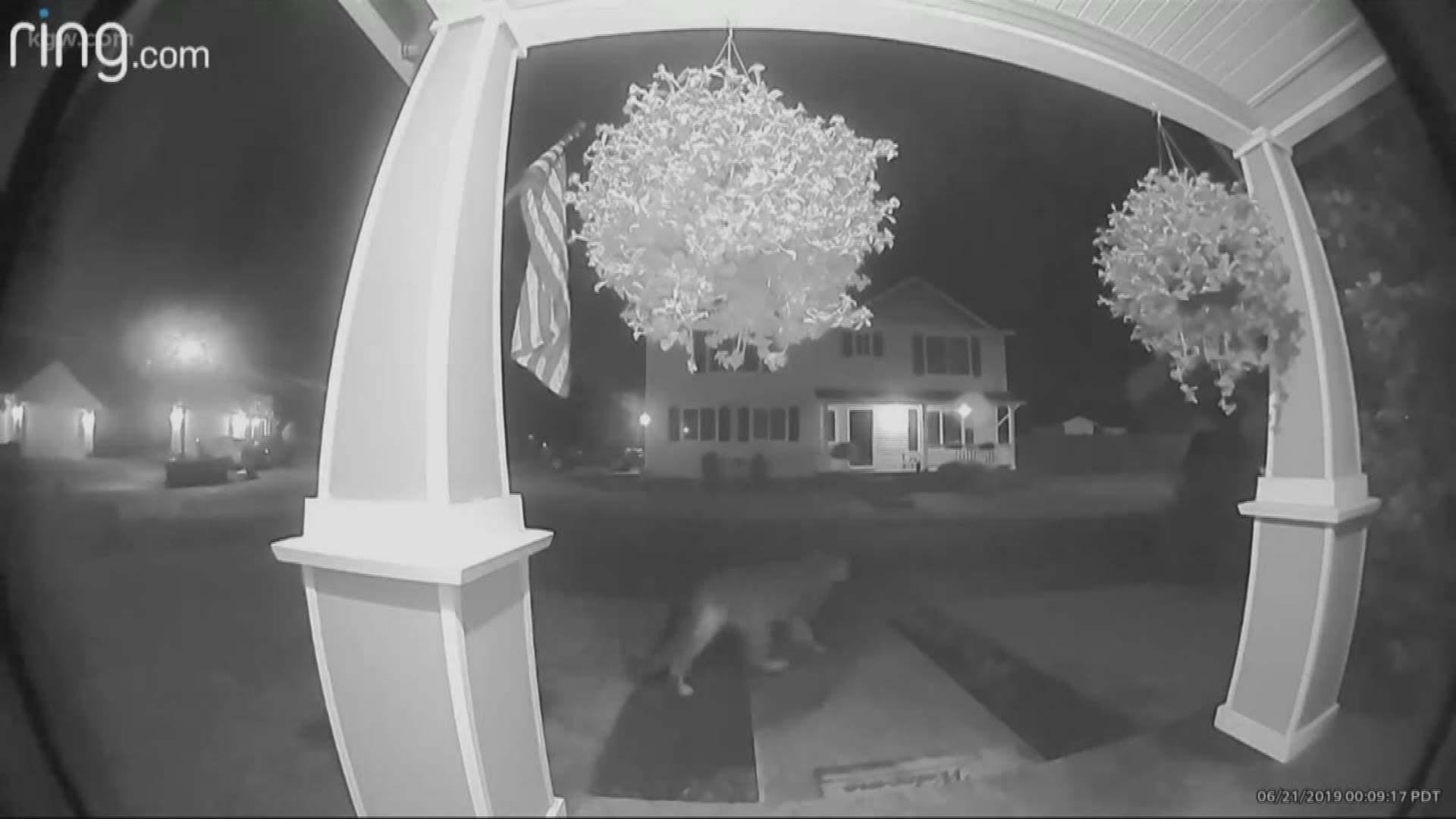 Editor's note: Video is from a previous June cougar sighting in Sandy

SANDY, Ore. -- The City of Sandy issued a warning after another cougar sighting was reported on Monday night.

The sighting was reported at 8:30 p.m. in the 39000 block of Pleasant Street. Sandy police, assisted by Sandy Fire, searched the surrounding wooded area with heat detection equipment but did not locate the animal.

Oregon State Police and the Oregon Department of Fish and Wildlife were notified, the city said.

Monday’s sighting comes days after a cougar was spotted on camera roaming through a Sandy neighborhood.

The city said the cougar reported Monday night could be the same one seen in the video recorded last week.

“The increased frequency of these sightings in town are of concern and are being taken seriously,” the city said.

What to do if you encounter a cougar

ODFW has the following guidelines: