The therapy llama was a staple of Portland. He recently had a retirement party at Pioneer Courthouse Square. 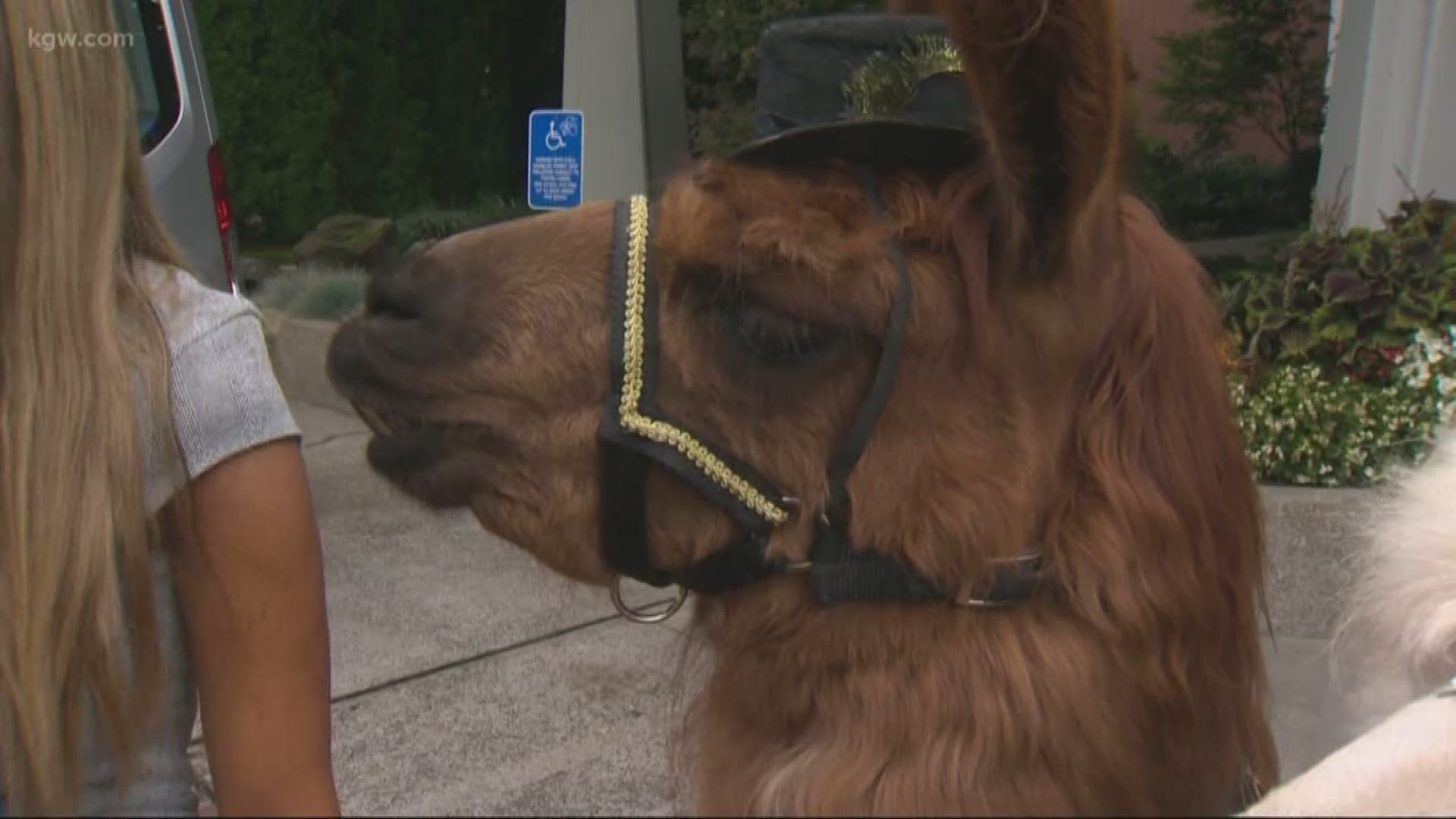 Rojo the therapy llama, who had become a staple of the Portland community, had a retirement at Pioneer Courthouse Square on Oct. 27.

But Rojo had been dealing with health issues. Rojo had hereditary conditions that led to a decline in his health, according to a post on the llama’s Facebook page.

“He's been a part of the family and as he became a therapy animal that bond deepened we saw that on the lives he was touching,” said Lori Gregory who runs Mtn Peaks Therapy Llamas and Alpacas.

Gregory said she bought Rojo for her daughter when he was just a couple of months old.

He died at 7:55 a.m. Wednesday "on his own accord," his owner said. "No anesthesia was necessary and he was made comfortable in his final hours."

Rojo the Llama
In true Rojo fashion, the old man passed away peacefully this mornin... g at 7:55am on his own accord. No anesthesia was necessary and he was made comfortable in his final hours. . We want to thank OSU so much for all the kindness and care they gave to both Rojo and Rojo's owners to help make this process as gentle as possible.

Rojo’s legacy will live on at the Washington State School for the Blind’s wildlife safari room in Vancouver. His owners plan to take him to a taxidermist.

A GoFundMe has been set up to help with the cost of Rojo’s vet bills and the cost of the taxidermist.

"Thank you for coming along on the joyful, heartwrenching, emotional ride that is all Rojo with us. He is so magical that even in death he has to steal the show. You will be missed my llove," the Facebook post said.

The Facebook post, and accordingly an earlier version of this story, said that Rojo would be euthanized Wednesday. But he died of natural causes.