Rabid bat found in NE Portland, another in Beaverton

A Multnomah County health official said people should make sure their pets are up to date on their vaccines to make sure they're protected. 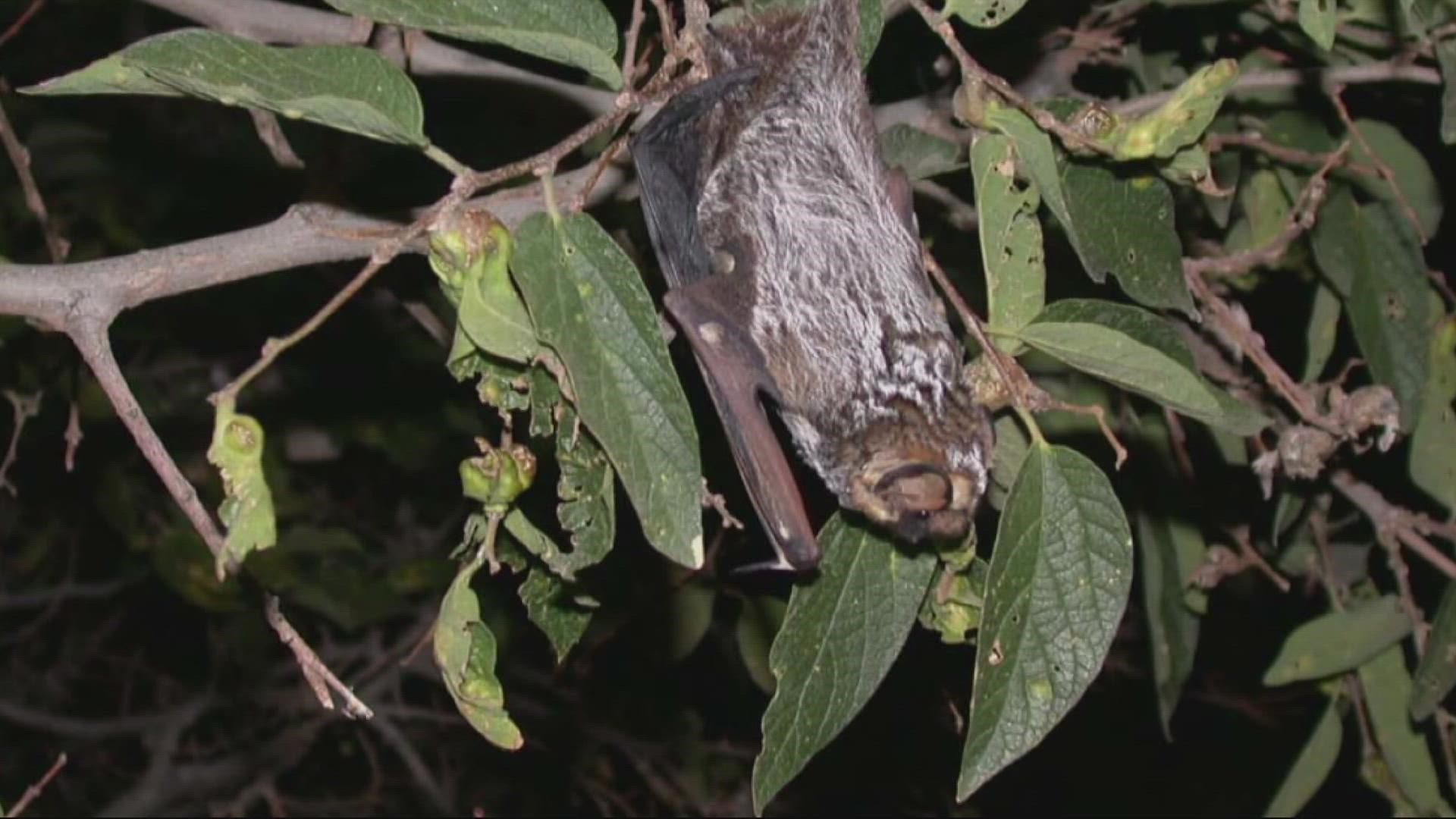 The bat in Multnomah County was discovered after a dog was found playing with it. The dog is current on its rabies vaccine, received a just-in-time rabies booster and is quarantining for 45 days.

Lisa Ferguson, the communicable disease services manager for the county, said people should make sure their pets are up to date on their vaccines so they're protected. She also advised people to stay away from bats.

"If you see a bat, avoid it," Ferguson said. "If you think you may have been bitten, scratched or are concerned about contact with a bat, report it because you may need just-in-time rabies vaccines."

The Washington County bat was found inside a Beaverton home on Sept. 10. The bat was euthanized and there was no human exposure. The pets in the home may have come into contact with the bat but officials said that the pets are up to date on their rabies vaccines and will undergo a 45-day observation period to be safe.

What if you come in contact with a bat?

If you see a sick bat: Anyone who sees a sick bat on their property should send children and pets indoors and avoid handling the animal without protection. See advice from the CDC on how to capture a bat.

If you see a dead bat: Anyone who finds a dead bat should use a disposable container with a lid to scoop the animal into the container and put it in the trash. But if a person knows or suspect the bat had contact with a person or pet, the pet must be tested for rabies. In that case, call Multnomah County Animal Services at 503-988-7387 or Multnomah County Communicable Disease Services at 503-988-3406.